It’s something you never want to hear: You have cancer. But Cathy Luben, 49, received that devastating news in 2019. It was stage 3 diffuse large B-cell lymphoma – the most common type of Non-Hodgkin lymphoma. More than 75,000 people are diagnosed with this each year.

“It’s a very fast-growing cancer, but it also reacts well to treatment,” Luben said. “Unfortunately, I was in the percentile that didn’t react so well to chemotherapy.”

In a first-of-its-kind procedure at Novant Health, Dr. Alan Skarbnik, director of the lymphoma and Chronic Lymphocytic Leukemia Program and Associate director of the transplantation and cellular therapy program of the Novant Health Cancer Institute, suggested an alternative approach – CAR T-cell therapy – which can improve the body’s ability to locate and attack foreign cancer cells.

“Being able to offer this is a game changer. It’s very exciting,” Skarbnik said. “CAR T-cells can only be administered in authorized treatment centers and there is a long process in place to ensure the program has the knowledge and ability to deliver these cells and monitor patients properly. There are only 90 centers in the country that can do this, and we are one of them.”

CAR T-cell therapy (CAR stands for chimeric antigen receptor) utilizes a person’s own cells to fight cancer and is among the most leading-edge procedures performed at Novant Health. It is considered if a patient isn’t responding to chemotherapy or if the disease reoccurs.

CAR T-cell therapy is approved to treat two types of lymphoma in adults – diffuse large B-cell, which is aggressive yet curable, and mantle cell. Both lymphomas are cancers of the white blood cells, which help the body fight infections. CAR T-cell can also be used to treat acute lymphoblastic leukemia in children or young adults, Skarbnik said.

Our cancer care locations are here for you when and where you need us.

Once a patient is considered to be a good candidate, the procedure begins by removing T-cells, a type of white blood cell, from a patient’s body. A T-cell is a type of lymphocyte that plays a central role in the immune response.

“In a normally functioning environment, your body’s T-cells recognize what they’re trying to find –usually a bacteria or virus – and they guide the other cells within the immune system to attack the pathogen. One of the ways that cancer grows in someone's body is because it creates mechanisms to escape a person's immune system,” Skarbnik said.

The patient’s T-cells are then sent to a laboratory where a chimeric antigen receptor is inserted. These modified T-cells, now called CAR T-cells, are engineered to find and kill the cancer cells that had been evading the immune system. The process takes a couple of weeks, but once the engineered cells are ready, they are transfused back into the patient’s bloodstream following chemotherapy.

“The patients undergo a short course of three days of chemotherapy in an outpatient infusion clinic, and then they rest for two days at home. On the fifth day, they receive the cells. The infusion itself is quick – about 30 minutes, but we monitor patients closely for the first few weeks, because the cells are expanding. They can cause a lot of inflammation, which is to some extent the goal – to create inflammation surrounding the cancer cells.”

Once in the person’s bloodstream, the CAR T-cells multiply, find cancer cells and attack them. The engineered cells may remain in the body for some time to help prevent the cancer cells from returning. Skarbnik said this treatment is covered by insurance.

Because the side effects can be severe, CAR T-cell therapy patients to stay in the hospital for a couple of weeks post-infusion. Potential side effects range from mild flu-like symptoms including nausea, fatigue, headache, chills and fever – to more serious side effects such as neurotoxicity (headaches or confusion), allergic reactions and low blood pressure.

‘I should have paid more attention to it’ 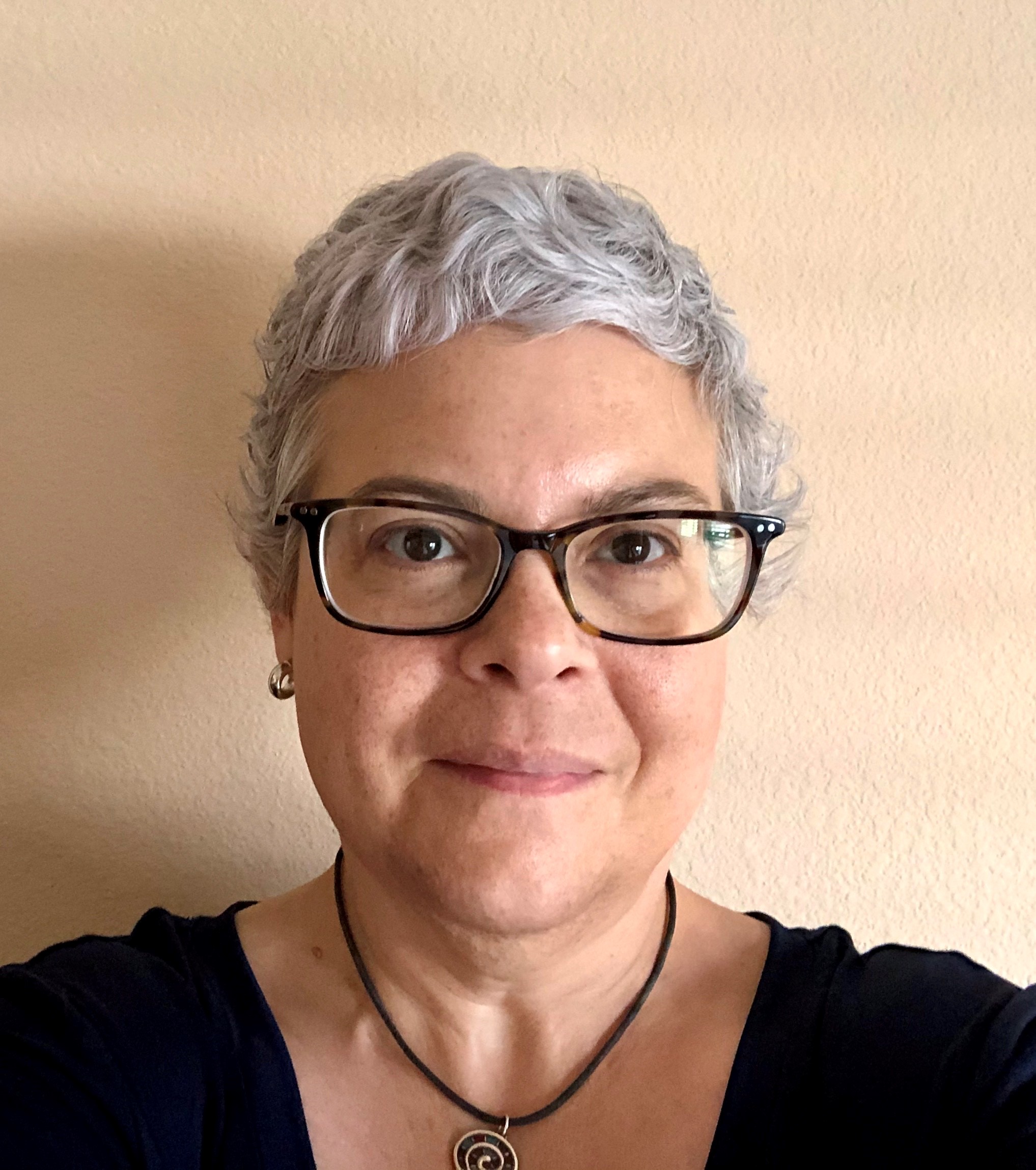 Luben, a Charlotte resident, has worked in telecommunications, but is taking time off to recover at the moment. She noticed that something wasn’t quite right in the summer of 2019. She said her symptoms, which began as fatigue and back pain, are “a cautionary tale for other people.”

“I’ve never had problems with my back, so it was odd. I went to my primary care provider, Dr. Stephen Gilchrist, and he ran a bunch of tests. The CT scan on my back came back fine, but he also ran some blood tests which showed that I was anemic. He was concerned, so he recommended I see a hematologist,” Luben said.

Looking back, she said, the biggest red flag was fatigue that never really went away.

“Sometimes I would get tired easily and then the next day I would feel fine, so I’d kind of forget about it. Then I’d get hit with the fatigue again. I should have paid more attention to it,” Luben said.

While awaiting her hematologist appointment, Luben also noticed something odd while looking in the mirror. What first looked like a shadow on the left side of her neck was actually a lump. Luben was diagnosed with diffuse large B-cell lymphoma shortly thereafter and underwent multiple rounds of chemotherapy, but the cancer kept growing. That’s when Skarbnik suggested CAR T-cell therapy.

Luben underwent the procedure that September – about a year after her diagnosis. She spent the next two weeks at Novant Health Presbyterian Medical Center where she developed a fever and other expected side effects.

“It was comforting to know what to expect, even though not fun to go through. They do cognitive tests to test for the neurotoxicity, which I experienced. That was the hardest side effect for me. At one point I was talking to a nurse and I couldn’t articulate my thoughts. It was in my head, but I couldn’t get it out. That was frustrating,” Luben said. “Also, one of the things the doctors would do on their rounds is ask what day it is. I said it was Saturday. And he's like, ‘No, it's Monday.’ I wondered if it was a trick test. I have no memory of those days, other than a vague recollection that I was getting a lot of sleep.”

While Luben is back home, it’s still uncertain if the procedure was effective. Skarbnik said a computed tomography (CT) scan is performed one month after the infusion to “ensure the disease isn’t getting worse.” At three months, a positron emission tomography (PET) scan will provide a better idea of how responsive the patient is to treatment. PET scans are an imaging test that help reveal how a person’s tissues and organs are functioning.

While the cellular therapy Luben received is approved for use, several others – some with fewer side effects and others to treat different types of lymphomas – are being studied in clinical trials. They are not yet commercially available, but Novant Health will administer a new CAR-T cell to qualifying patients as part of a clinical trial known as TRANSCEND-FL.

“This particular clinical trial is studying what we call indolent lymphomas, which are largely not curable,” Skarbnik said. “The issue is that they tend to recur multiple times throughout one’s life. And each time they come back, it's a shorter period, or interval, between the treatment for that recurrence until the next one. This is because the cancer starts becoming more resistant. Incorporating CAR T-cells in the treatment paradigm for this disease is important, because previous studies show that it can provide high rates of response with prolonged control of disease.”

Novant Health is the only health care system in North Carolina, and one of 37 in the nation, that is participating in TRANSCEND-FL. Patients are currently being enrolled and Skarbnik encourages those who are interested to email him at [email protected]

Agnes B. and Edward I. Weisiger Cancer Institute

A cancer diagnosis is never easy. Added to that, cancer patients often have long, complicated medical journeys which require them to visit multiple providers at different locations and times.

To streamline care and improve patients’ experience, Novant Health has brought together in one Charlotte location all outpatient cancer and cardiac specialists, treatment services and support programs. The Novant Health Claudia W. and John M. Belk Heart & Vascular Institute and Agnes B. and Edward I. Weisiger Cancer Institute first welcomed patients in October 2022.

The $165.9 million, 260,000-square-foot building provides comprehensive care under one roof. The center is located at 125 Queens Road in Charlotte.

Building on its commitment to innovate and support solutions for some of the health care’s biggest challenges, Novant Health has opened the Novant Health Innovation Lab in partnership with Novant Health Enterprises.

The lab, also located in Charlotte, will facilitate engagement opportunities with providers, team members, vendors and community partners to develop solutions that improve both the quality of and access to care. Novant Health providers and team members will be able to pilot and engage with new devices, emerging technologies and programs, providing feedback prior to their deployment in Novant Health facilities.

“The Novant Health Innovation Lab will foster teamwork and collaboration among our team members, allowing us the opportunity to generate solutions to some of health care’s biggest challenges,” said Angela Yochem, Novant Health executive vice president and chief transformation and digital officer as well as chief operating officer and general manager of Novant Health Enterprises.

“The inspirational space is dedicated to the future of medical care, allowing for creativity and testing of new ideas from some great thinkers and problem-solvers.”

Why a Novant Health oncologist prescribes positivity to patients

Don't skip your annual mammogram due to cost. We can help.

How exercise helps cancer survivors get back on their feet