One of Katie Warren’s most cherished blessings are her adopted kids, nearly 4-year-old Wilson and 14-month-old Parker.

But getting to this point has also been one of her biggest challenges.

Cancer prevented her from having children herself. And, it stood as a potential devastating barrier to her and husband, Wil, being able to adopt them. It was her resilience, in combination with the care from her medical team, that allowed her to move ahead to find the best life possible.

Warren’s battle with gynecological cancer began in 2012, when she was just 25 years old and experienced sharp pain in her lower abdomen. A trip to the emergency room and a CT scan revealed a mass on her ovary.

The diagnosis came post-surgery: Warren had stage three serous epithelial ovarian carcinoma. The surgery was followed by chemotherapy, which kicked her cancer into remission, only for it to return in 2014. Another surgery and additional rounds of chemotherapy were able to get the cancer under control by early 2015.

While the treatment plan was managing the disease, it also meant that Warren couldn't carry her own children.

“It was frustrating because I always wanted to be a mom,” she said. “I felt like it was my fault that we couldn't have kids. It was like a black cloud.”

Katie Warren is pictured with her husband, Wil.

And there was more: Katie’s history of cancer prevented many agencies from approving an adoption at all. But the Warrens say the adversity only strengthened their faith. 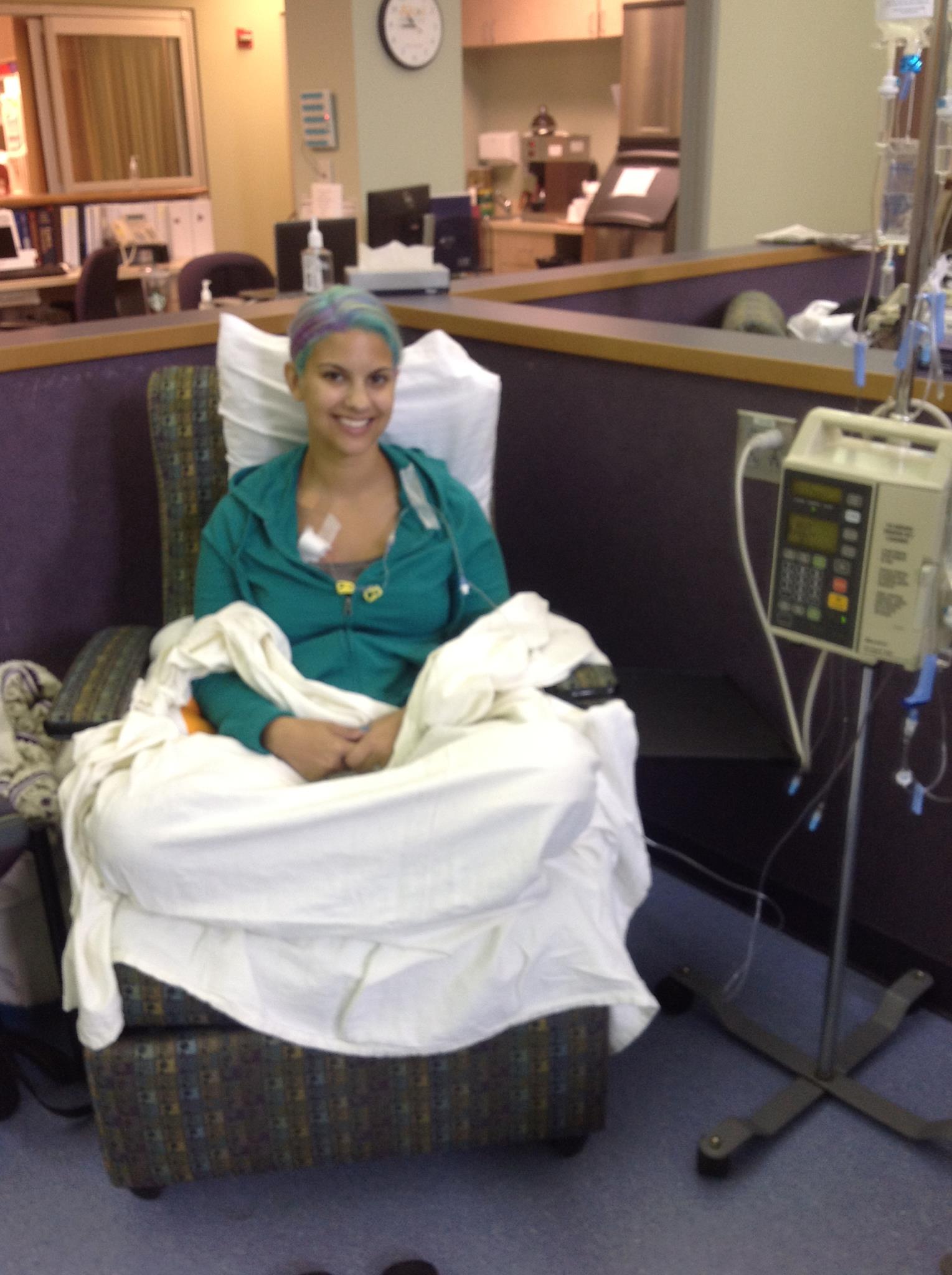 “I believe that God works all things together for the good of those who love Him,” said Warren, a nurse. “And in the moment of an uphill battle, it may not seem like what is happening is good, but there's been good that's come out of having cancer each time.”

In 2012, the Clemmons, North Carolina, couple adopted their son, Wilson.

His arrival was followed by the birth of his baby sister, Parker, just a few years later. Both adoptions were open, meaning the biological and adoptive families were able to have contact. The Warrens were there to witness the birth of both children, with Wil cutting the umbilical cords and Katie being the first person to hold them.

“It’s such a special bond. It’s really a neat way to grow a family,” she said. “It creates this positive spin on the situation. Even though I did have cancer and can't have my own kids, having a family wasn't out of the picture for us.”

In 2022, Warren faced another challenge. “My cancer returned," she shared with Healthy Headlines. "It was found after having several bowel obstructions and laparoscopic surgery. I am currently doing IV Chemotherapy every 3 weeks.”

Of note, Skinner said that Warren’s cancer is atypical in that it doesn’t respond to certain treatments.

“It's emerged through research that there is a special kind of ovarian cancer called low-grade cancer. These low-grade cancers behave differently than your standard – they tend to be more slow-growing and more commonly seen in young women like Katie,” Skinner said.

Skinner also explained that ovarian cancer was once called the “silent killer,” as many women presented with advanced disease, with seemingly minimal symptoms.

“There are no screening tools that we have for ovarian cancer. So, the majority of women we see present with very vague symptoms – abdominal bloating, lack of appetite or filling up quickly, changes in bowel function such as constipation or bladder dysfunction,” Skinner said. “And oftentimes, they present at stage three or stage four, when the chance of a cure is much lower.”

Part of the problem, Skinner added, is that people don’t talk about gynecological cancer. It can be a taboo subject.

“You hear somebody talking about their vagina and everybody just wants to cringe. I think that’s part of it. But I think the other thing is that breast cancer awareness, which has been a phenomenal feat by the Susan G. Komen Foundation, has kind of dwarfed all the other cancers. A lot of women are just not aware that there are other gynecological cancers,” Skinner said. “Even women who have it can feel isolated because they know a lot of people who have breast cancer, but they're the only ones that have uterine cancer.”

To elevate the awareness of all types of gynecological cancers – cervical, uterine (or endometrial), vaginal, vulvar and ovarian – is September’s Gynecological Cancer Awareness Month.

While the awareness month helps elevate the status of these cancers, it’s also a catalyst to raise money for research dollars to help find better treatment options. 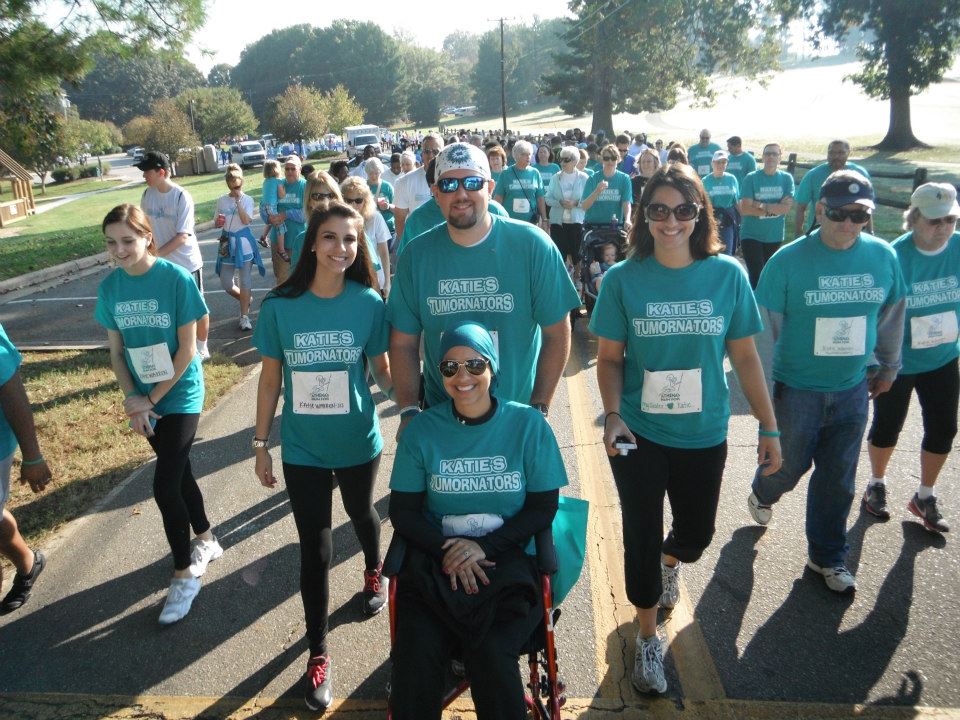 Katie Warren is pictured with family and friends at a previous Athena's Run for GYN Cancers.

Skinner and her team organized a 5K, known as Athena’s Run for GYN Cancers, to help achieve that goal. Athena is the goddess of war, symbolizing the thousands of warriors battling gynecological cancers each day.

Since its inception in 2010, Skinner said the fundraiser has raised more than half a million dollars – providing money for grants, cancer education and support groups.

“In addition to the much-needed research dollars, Athena’s Run has provided a community for gynecological cancer patients, so they understand they are not alone,” Skinner said. “They’ve got people cheering for them and fighting for them, even if those people don’t have cancer themselves.”

COVID-19 prevented the run from happening in 2020, but the community was able to show their support by “flocking the lawn” at the Novant Health Derrick L. Davis Cancer Institute in Winston-Salem, one of the largest cancer centers in the southern U.S. With a $20 tax deductible donation, people could “adopt” a 26-inch flamingo, personalized with a teal ribbon bearing the name of the warrior of their choice.

‘It’s all about finding the good’

The Warrens have participated in Athena’s Run for many years, but Katie has also found her own way of offering support to other young women in a similar fight. She works with support networks, such as Teal Diva and Camp Koru, to connect with others going through a similar battle.

TOP PHOTO: Katie Warren and husband, Wil, smile for a picture alongside their children, Wilson and Parker.

How one breast cancer survivor is showing up for others

Your mammogram results call for a biopsy. Here’s what to expect.