Her gift to sick kids, one snip at a time.

The haircut that honored her sister
By Carole Tanzer Miller

Denise Mihal hadn’t had a real haircut since the COVID-19 pandemic began — but a year and a half in, she was finally ready. On Sept. 10, her stylist Erica Edwards pulled up her naturally platinum tresses into four separate foot-long ponytails and snipped them off, one by one.

"Wow, that’s a lot!" Novant Health’s executive vice president, chief nursing and clinical operations officer recalled thinking. And she couldn’t have been happier about it. 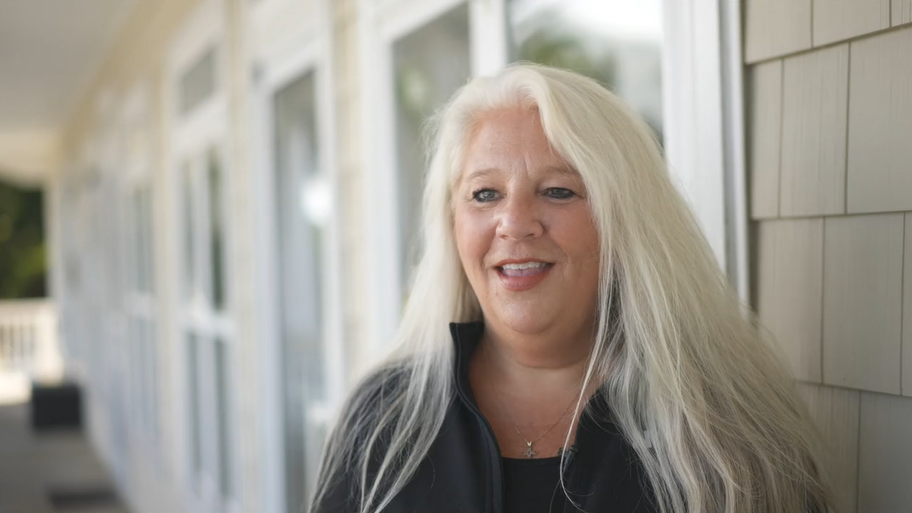 Mihal donated her ponytails to a nationwide children’s charity in memory of her older sister, Elaine Thomson,

Mihal donated her ponytails to a nationwide children’s charity in memory of her older sister, Elaine Thomson, who died in 2007 of a rare cancer called leiomyosarcoma, which attacks the smooth muscles of some body organs, including the intestines, stomach and blood vessels.

"She suffered with cancer for five years, and she lost her hair twice," Mihal recalled. But whenever Elaine donned a donated wig, her worries eased, and she looked like her old self. "I knew she was much happier, because people weren’t asking what was wrong with her or saying that she looked sick."

Mihal decided to give a sick child that same boost.

The pandemic gave her a head start. In March 2020, two months after her last haircut, North Carolina salons were ordered to shut down. And when they finally reopened under strict social distancing protocols, appointments were hard to come by. 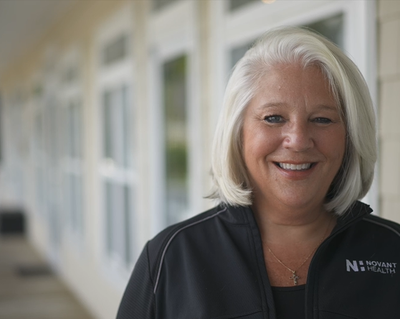 When her four foot-long ponytails came off, Mihal thought: "Wow, that's a lot!" And she couldn't have been happier.

When the time for a haircut arrived, she decided that her locks would go to Children With Hair Loss, a Michigan-based nonprofit that provides hair replacements to sick kids. It won Mihal over because it does so without charge and because kids can get a hairpiece not just once but several times, until age 21. While some lose their hair, like Elaine did, to cancer, other recipients are burn victims, have the autoimmune disease alopecia, or suffer from trichotillomania, a compulsive hair-pulling disorder.

But when Mihal started the online paperwork to offer her hair, an unexpected message popped up on her computer screen. While 8 inches is the minimum donation, could she possibly spare 10 or even 12? Because, after all, the message said, kids like longer hair.

Yes, she could — if she held off a few more weeks.

The decision to donate her hair and write a check was an easy one, Mihal said. She sees the struggles — and the courage — of children who are treated at Novant Health hospitals.

Mihal views the gifts as a fitting way to honor her sister — a special ed teacher who also held a law degree and did pro bono legal work on behalf of domestic violence victims. Visiting the infirm at home, delivering meals to a local food bank and cleaning up community parks were among Elaine’s other charitable endeavors.

"She set a great example for me and her sons," Mihal said. "So my making a donation of any kind in her memory is, it seems, fitting and appropriate."

Stylist Edwards is already urging Mihal to start growing her hair again with an eye to making a second donation next summer. Mihal seems likely to take her up on it.

"If there’s anything we can do to help humankind, we should do it," she said. "Whether it’s our time, our hair, our blood … These are small things we can do, and you may not realize the impact it has on the recipient."

Mother hen. Drill sergeant. Nurse. She fills the role like no other.