Three weeks before his July 2020 due date, Connor Loomis made a swift and unexpected entrance at Novant Health Presbyterian Medical Center in Charlotte. The next day, first-time parents Kurt and Sara Loomis carefully strapped him in his car seat – homebound for the first time as a party of three.

While eager to experience parenthood, the Loomises also had no idea how challenging the first few months would prove. “Nothing is scarier than not knowing what is going on with your baby,” Sara said.

It all began at Connor’s first routine doctor’s visit, scheduled the morning after their hospital departure. They were at Novant Health Pediatrics Lake Norman - Huntersville when pediatrician Dr. Vrushali Nitin Patwardhan said Connor’s spit-up was, in fact, him vomiting up bile.

Immediately concerned, Patwardhan made a call and sent the family straight to Novant Health Hemby Children’s Hospital in what Sara recalls “a blur.”

‘I just felt like I was in a cloud’

The team at Hemby Children’s Hospital welcomed the Loomis family and immediately administered an IV to address Connor's dehydration. After a series of X-rays and what “felt like forever,” Sara recalled, Dr. Andrew Schulman explained the newborn had intestinal malrotation and volvulus – rare birth defects in which the intestines are positioned incorrectly, then twist on themselves and cut off their own blood supply.

Schulman, a pediatric surgery specialist with Pediatric Surgical Associates, told the family they needed to act fast. That hour, Connor (then just 3 days old) went into surgery. The newborn fought through a total of four surgeries that week, including the removal of his appendix and 80% of his small intestine.

“I just felt like I was in a cloud. I was in this nightmare that I couldn't wake up from,” Kurt said. “It’s very overwhelming. It will never ever leave me – that feeling of hopelessness we had.”

The most common symptoms for intestinal malrotation and volvulus include vomiting bile (what happened to Connor), drawing up the legs, bloody stools, abdominal pain, rapid breathing or heart rate, and a swollen abdomen. While intestinal malrotation and volvulus is rare, Sara cautioned that symptoms are often overlooked at the time of delivery since they can be confused with regular spit-up.

Kurt and Sara were scared, but they began to find comfort in the team of nurses, physicians and other team members who took care of their son.

“Everyone at Hemby Children’s Hospital treated Connor like he was their own child,” Sara said. “They were always there to help and answer any questions we had as first-time parents of a child who had a 1 in 10,000 condition.”

From neonatal and pediatric intensive care to a wide variety of pediatric specialties, Hemby Children’s Hospital is compact enough to give patients individualized attention, yet large enough to attract some of the most skilled experts in the region.

Their Emergency Department is the only children’s ER in the Charlotte area staffed by board-certified pediatric emergency medicine physicians who treat everything from chest pain, broken bones and headaches to abdominal pain (vomiting, diarrhea and appendicitis) or respiratory distress (asthma, pneumonia and bronchiolitis) in kids up to 17.

Find a pediatrician that's right for your family.

The Novant Health Womens & Children’s Institute is also growing its services. More than 10 pediatric practices began their expansion process in 2021, with plans to expand the neonatal intensive care unit, or NICU, by 12 additional beds.

Out of surgery, Connor was moved to the pediatric intensive care unit, or PICU, where the Loomis family spent four-and-a-half weeks. Not to mention, it was in the midst of an unprecedented pandemic, which prevented family and friends from visiting. Instead, Connor’s care team became like family.
“The staff knew us by name. Sending us flowers for my birthday, checking in on us to make sure we were taking care of ourselves,” Sara said. “They reminded us that we would not be able to take care of Connor if we did not take care of ourselves. They sat with us so that they could watch us hold Connor as he was attached to what seemed like a million different tubes.” 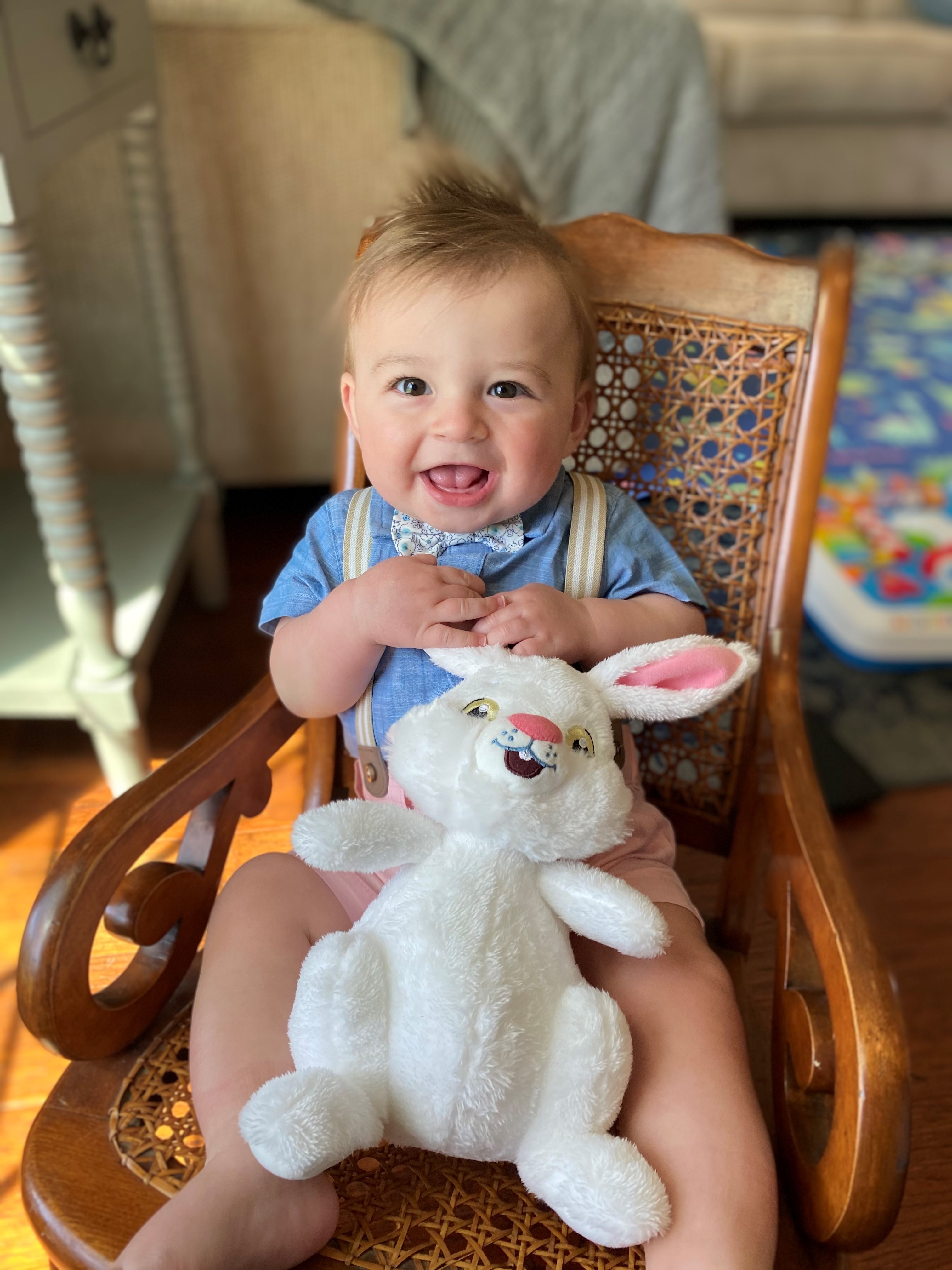 Connor Loomis smiles for the camera at 9 months old.

Connor was placed on total parenteral nutrition, also known as IV nutrition feeding – a method of getting nutrition into the body through the veins. He was later moved to the pediatric floor and began on breast milk. Eventually, Connor got stronger and they were able to go home.

Happy and full of life

Today, the Loomises feel blessed, saying 17-month-old Connor is doing well and hitting all the milestones a normal baby would.

He's "playful, active, happy and full of life," Sara said. Connor has gained weight and "is growing on pace with doctor’s (and our) hopes!" she added.

Connor will live with short bowel syndrome forever, but their hope is that his body continues to adapt.

“We would not be where we are today without the care and support we received from Hemby Children’s Hospital. We are forever grateful for the care they provided to our sweet boy Connor and for keeping us parents in good spirits during the most challenging time of our lives. They will always have a special place in our heart," Sara said.

What to know about the pediatric growth chart

A young boy, his mother and 9 years of care at Hemby

What are pediatricians checking for? A lot more than you think.