Amanda Richardson, 38, found the lump in her breast herself. But not because she performed monthly self-exams. She discovered it accidentally while taking a shower. “I call this divine intervention,” said the Ocean Isle, North Carolina resident. “I was in the shower and moved my hand a certain way and felt this hard lump,” she said. “I’m small chested, so I thought maybe I was feeling a bone.”

She wasn’t panicked; she simply wanted to have it checked. She started with her primary care doctor, who wasn’t able to see Richardson right away but told her to go to a walk-in clinic as soon as possible. They were able to schedule a 3-D mammogram and ultrasound on her right breast.

Even after the January 2018 mammogram, Richardson still wasn’t nervous. Everything seemed routine so far.

She called Dr. Mark Tillotson, of Novant Health Surgical Associates in the coastal town of Bolivia, North Carolina, and asked to be seen as soon as possible. She wanted to know: Is this cancer? And if it was, what were her options? His first available appointment was a week away. Tillotson’s schedule was booked solid with surgeries.

Shortly after hanging up, Richardson was surprised to get a call. Tillotson could see Richardson after his last surgery on Friday. At that appointment, Tillotson told her the mammogram had been labelled “suspicious” and explained her options. They could watch and wait, or – for peace of mind – she could have the lump removed.

“I asked Dr. Tillotson, ‘If this were your wife or daughter, how would you advise them?’” she said. “He said he’d recommend removal. That was it. I’m not a wait-and-see kind of gal.”

The lumpectomy revealed she had a small tumor, and pathology showed it to be cancerous. It was triple-negative, which meant the cancer was aggressive and treatment options were limited. Triple-negative breast cancer doesn’t have any of the receptors typically found in breast cancer, so the treatment tools doctors might reach for aren’t going to be effective. Chemotherapy, however, can be. 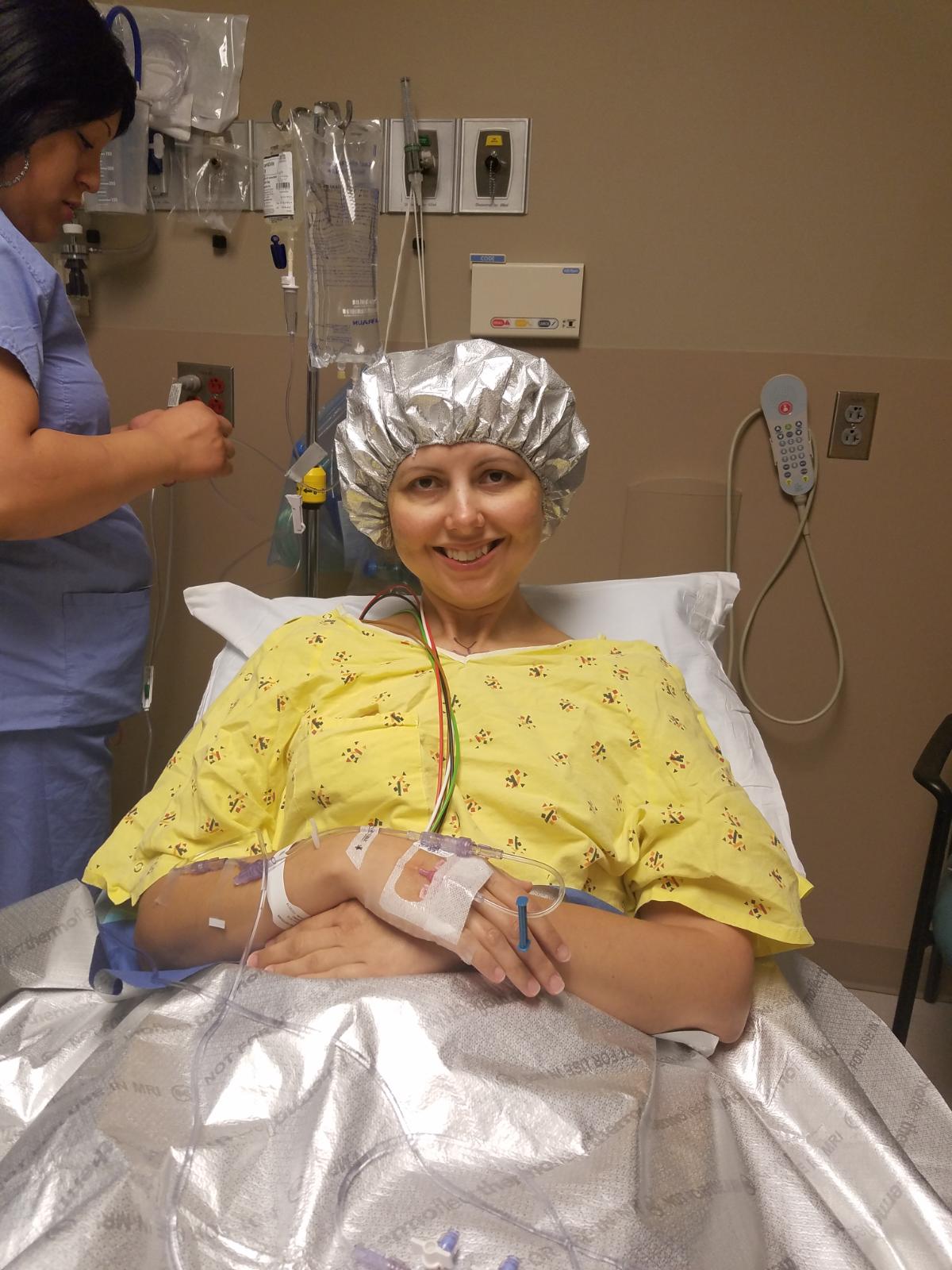 Richardson had another decision to make. She chose a double mastectomy. She wanted the healthy breast removed, too – as a precaution.

Normally, a surgeon would remove both breasts during one operation. But Richardson has a blood-clotting disorder. Because of that, the best option for her was to separate the procedures. So, she had her right breast removed – and at the same time, had her tissue expander placed. That’s the first step toward breast reconstruction. She began chemotherapy six weeks later.

Plastic surgeon Dr. Phillip Khan, of Novant Health Coastal Plastic Surgery teamed with Tillotson on Richardson’s surgery. In the properly selected patient there are advantages with beginning the reconstruction process at the time of mastectomy, Khan said. “My father was a general surgeon here in Brunswick County.” It was not something available in the area at the time.

The rate of “immediate reconstruction” – the kind that begins during a mastectomy – has increased dramatically over the past 15 years or so. “Treating the cancer is always the first priority,” Khan explained. “And 20 years ago, physicians were still learning about the impact of chemotherapy or radiation, which are sometimes needed, on the process." Today, he added, it’s now understood that properly selected patients can safely begin the process of immediate reconstruction.

Every patient is special to Khan, but he and Richardson have a particular bond. They’re the same age, and both grew up in Brunswick County.

Removing the left breast – as a precaution – would have to wait until after she’d recovered from surgery and chemotherapy. She started that process in July. Once she has two reconstructed breasts, she plans to get 3-D nipple tattoos, an option that’s become popular in recent years.

Within eight days of finding a lump, Richardson had a diagnosis and treatment plan. The speed with which it all happened was reassuring to her. She didn’t feel she had time to waste.

Her husband – they have two daughters and have been together since ninth grade – was also a reassuring presence throughout it all. “We turned to our faith to get us through,” Richardson said. “And both of us are in education. We decided to focus on the science and leave the rest to God.”

Richardson credits God with putting Drs. Tillotson and Khan in her path. “Both of them went above and beyond for me,” she said. “They cared for me as a person. They took their time explaining it all and allowed me time to make informed decisions. They also used a team approach in planning my treatment. I had to decide if I wanted radiation on top of surgery and chemo. They took my case to the tumor board – this was a decision too big for me – and they helped guide me to the choice not to have radiation.”

All the choices Richardson had to make began with one she made alone after discovering something that felt odd to her. She wants all women to know the importance of breast self-exams. “Ignoring a symptom doesn’t do you any good,” she said. “Time is of the essence. My doctors were able to accelerate my treatment timeline, and that could’ve been life-saving.”

Your best defense against breast cancer is screening exams.