Why most Americans take vaccines

Despite what you may have heard or read about anti-vaccine campaigns in recent years, Americans have overwhelmingly rejected the movement, particularly when it comes to protecting children.

While childhood vaccination coverage has dipped since 2011, it remains well above 90 percent both nationally and in the Carolinas.

In fact, vaccines have been preventing illness and death since the early 1800s. Smallpox, which by some estimates killed 300 million people in the 20th century, was declared eradicated by the World Health Organization (WHO) in 1980.

In the United States wide public adoption of vaccines has also helped eradicate yellow fever, malaria and polio, and is well on its way to eliminating other infectious diseases. Since 2015, U.S. authorities have approved vaccines for malaria, dengue and Ebola.

The WHO estimates immunization now prevents an estimated 2 million to 3 million deaths every year. And don’t forget the annual flu vaccine, which prevents countless hospitalizations.

“The truth that vaccines are very safe and very helpful,” said Dr. Charles Bregier, Novant Health medical director of corporate health. “And if you look over the history of vaccine development through the last hundred 150 years, it's really come a long way with a tremendous emphasis on safety, and extensive studies that are done to make sure that they're safe.”

As the world begins to line up for the COVID-19 vaccine, consider the impact of the following vaccines: 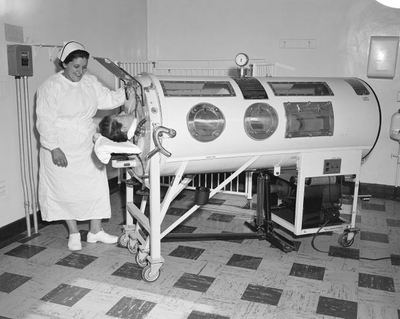 This historic 1960 photograph shows a nurse caring for a victim of a Rhode Island polio epidemic inside an Emerson respirator, often referred to as an iron lung machine. Devices like these were used by polio patients, whose ability to breath thwarted due to paralysis of those muscles needed to complete the acts of inhalation and exhalation. Credit: CDC

The fact is that accidents, suicides, homicides and other so-called “external causes of death,” killed nearly 15 times as many children and adolescents in 2018 than the most fatal infectious and parasitic diseases. In other words, motor vehicles, firearms and drugs pose a far greater health threat to our children than microbes.

We have vaccines to thank for that.

6 groups at higher risk of developing complications from the flu