3-year-old is thriving, with renewed energy
By Cliff Mehrtens

Mackenzie Lyons has trusted Dr. David Ohmstede, a Novant Health pediatric cardiologist, since her son, Shea, was diagnosed in utero with heart disease when Mackenzie was 19 weeks pregnant.

“If Shea gets a cold, we call Dr. Ohmstede before we call the pediatrician,” Mackenzie said.

Shea was diagnosed with tricuspid atresia, a condition in which the tricuspid heart valve is missing or hasn’t developed correctly. The defect blocks blood flow from the heart’s right atrium to the right ventricle, and ultimately prevents blood from entering the lungs (where it picks up oxygen).

The condition is rare. About 1 in every 9,751 babies born in the United States each year is born with tricuspid atresia, according to the Centers for Disease Control and Prevention.

Shea, 3½ years old, endured two open heart surgeries in his first year. The first inserted a Blalock-Taussig shunt, which creates a pathway for blood to reach the lungs, and the other was for a Glenn shunt, which creates a connection to the right pulmonary artery. Ohmstede teamed with another healthcare system, which performed the surgeries. 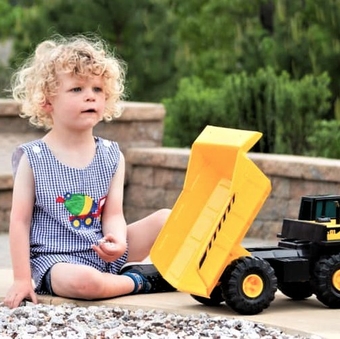 Shea began school in October, and is playing soccer.

“We have never had a bad experience even though the original news was devastating, overwhelming and at times unimaginable,” Mackenzie said. “We were able to ask all the questions about the information gathered, what it meant for Shea’s future and if we really had to do the third surgery now. With every question, both Ohmstede and Weaver gave insightful information, kind looks and even some hugs. We knew this day was coming, yet we still weren’t ready.”

The third procedure, known as Fontan surgery, involved redirecting blood flow from the lower body to the pulmonary artery and then to the lungs, without having to go to the heart.

In Shea’s case, it was a turning point.

“His energy is through the roof now,” Mackenzie said. “He started school in October, he’s playing soccer and doing many other activities because of that surgery.”

Weaver said it’s the first time she’s seen Shea when his lips didn’t have a blueish tint, a sign that his circulation has improved.

“He’s doing beautifully so far,” Ohmstede said. “The hope is he’ll do really well through most of his childhood.”

Shea, like all Fontan patients, likely will face complications as an adult. They potentially include liver failure, a pacemaker or a heart transplant. 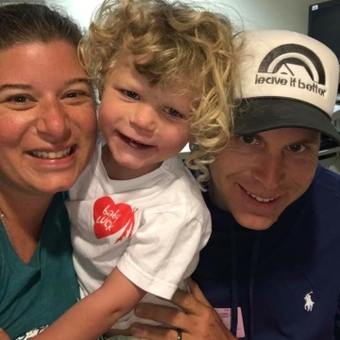 The Lyons family (from left) - Mackenzie, Shea and Paul.

“We hope he’s much older before that stuff has to happen,” Mackenzie said. “We just hope that his heart continues to be able to do the functions it needs to do as he grows.”

The first year of life can be “extra challenging” for a child facing what Shea did, Weaver said.

“I try to reassure them and get as much information as possible about symptoms and their concerns,” she said. “It’s scary for the family. I understand. I have a 4-year-old. But Shea is incredible. He has taken off. His parents are the nicest, most down-to-earth people.”

The Lyons, who live in Indian Land, South Carolina, know they can continue to rely on Ohmstede and Weaver during Shea’s journey.

“Just knowing we have someone who always is available, whether we’re on vacation and out of sync or we’re out of state, is wonderful,” Mackenzie said. “It’s happened more than once when we had to be talked down off the ledge. It helps so much knowing there’s someone in our corner; somebody that really has Shea’s best interests at heart. Also, one of the things we love about Dr. Ohmstede is he’s a parent. One of the first questions we asked was, `Would you be comfortable if it was your son?’” 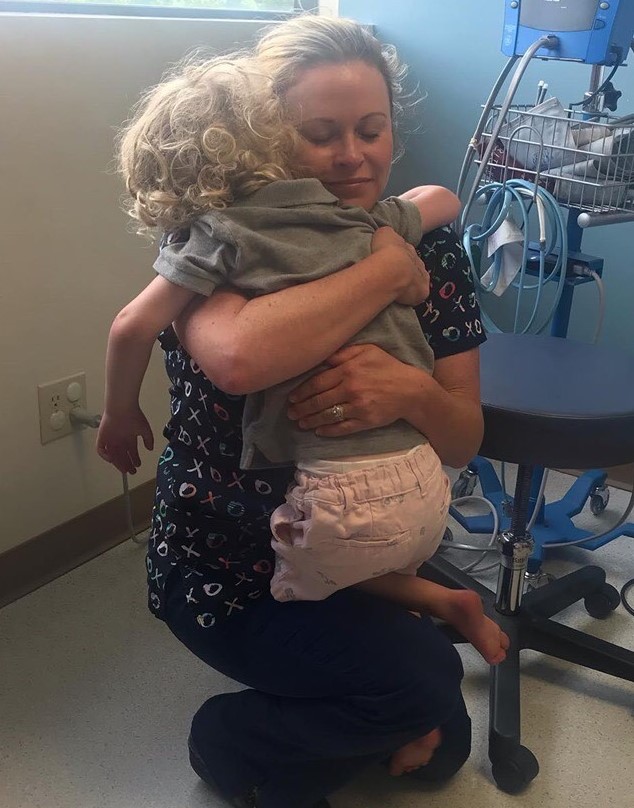 Said Ohmstede: “I try to be comforting but realistic with parents. I feel fortunate that I’m in a position to work with them, support them and provide information.”

In return, they receive big hugs from Shea during office visits. He’s proud to show off the “super scar” on his chest, and he and his parents talk about how he’s special to have it. He bounces around the house, the soccer field and classroom with renewed energy.

“These two people of our medical team have gone above and beyond at every turn in our journey,” Mackenzie said. “They don’t shrug off our concerns, diminish observations we have at home, and even do extra testing if they can’t figure out exactly what’s going on. Dr. Ohmstede and nurse Weaver are our family, and two of the most loved people on Shea’s medical team.”