Twelve-year-old Levi Raymond had surgery to remove a brain tumor. Amazingly, he was awake – by design - for most of the procedure.

Delicate maneuvers by Novant Health pediatric neurosurgeon Dr. Erin Kiehna allowed her to stimulate different areas of Levi’s exposed brain, and map the safest route to the tumor. His tumor -- about the size of an Oreo, Kiehna said -- was in an area that affected speech, understanding language and vision.

If Kiehna had performed the surgery while Levi was asleep, she could have removed brain tissue that affected those abilities.

Instead, Levi was awakened a few minutes into the surgery last April at Novant Health Presbyterian Medical Center.

Levi didn’t feel any pain because the brain itself doesn’t have any pain receptors. A local anesthetic was used to numb his scalp. Based on Levi’s responses as Kiehna probed around his brain, she was able to precisely remove the tumor without any damaging results.

“He did a fabulous job participating with us the whole time,” Kiehna said. “At the end we didn't actually need to put Levi back to sleep. He stayed awake through the entire closing and rolling him to the ICU.”

A seizure and a diagnosis

Awake brain surgery was established more than 50 years ago in North America, and used initially to treat epilepsy. Early versions of the procedure dates to the ancient Inca civilization in Peru more than 600 years ago.

It launched into the Raymond family dramatically last February.

Levi was riding to school with his father, Gary Raymond, one morning when Gary noticed Levi was staring blankly. Then, Levi didn’t answer a question. Something was wrong.

“I thought he just had a lot on his mind,” Gary Raymond said. “Then he started shaking.”

A few minutes later, Levi was at a hospital. He’d suffered a seizure. He was diagnosed with epilepsy, a condition in which 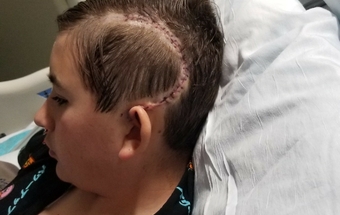 seizures start in your brain. An MRI test showed a mass on his brain.

“I was terrified,” Lori Raymond said. “It was gut-wrenching. Levi kept telling me `I’m good.’ But it was very scary.”

Brain tumors are fairly rare among children. About 4,000 brain and spinal cord tumors are diagnosed each year in children and teens, according to the American Cancer Society.

“Dr. Kiehna and her team are just amazing,” Lori Raymond said. “Their knowledge, caring, confidence and compassion is something else. It’s unbelievable how amazing she is, and what she’s done for us.”

A Kiehna personal touch: She didn’t have Levi’s entire head shaved before surgery. Instead, only the trail where she had to enter his skull was trimmed. Today, his thick black hair covers any hint of brain surgery. For girl patients, Kiehna will often part their hair, or pull it tight enough that only minimal shaving is necessary. 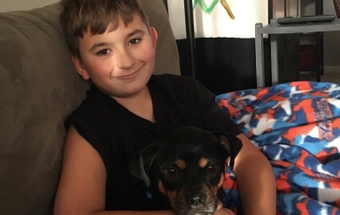 Levi relaxing with his dog, Bandit.

“An important part of going through surgery and recovery is that they feel like a normal child or teenager,” Kiehna said. “And much of that is when you look in the mirror. Do you still look like yourself? It’s preserving their dignity, and giving them the respect they deserve.”

A return to normal

Levi, a 7th-grader at Mooresville (North Carolina) Middle School, and his family were relieved that his tumor turned out to be benign. Kiehna also resolved his epilepsy during the surgery by removing specific cells that caused the seizure.

Soon after surgery, Levi was bombing Kiehna with the same question he’d been asking her throughout. 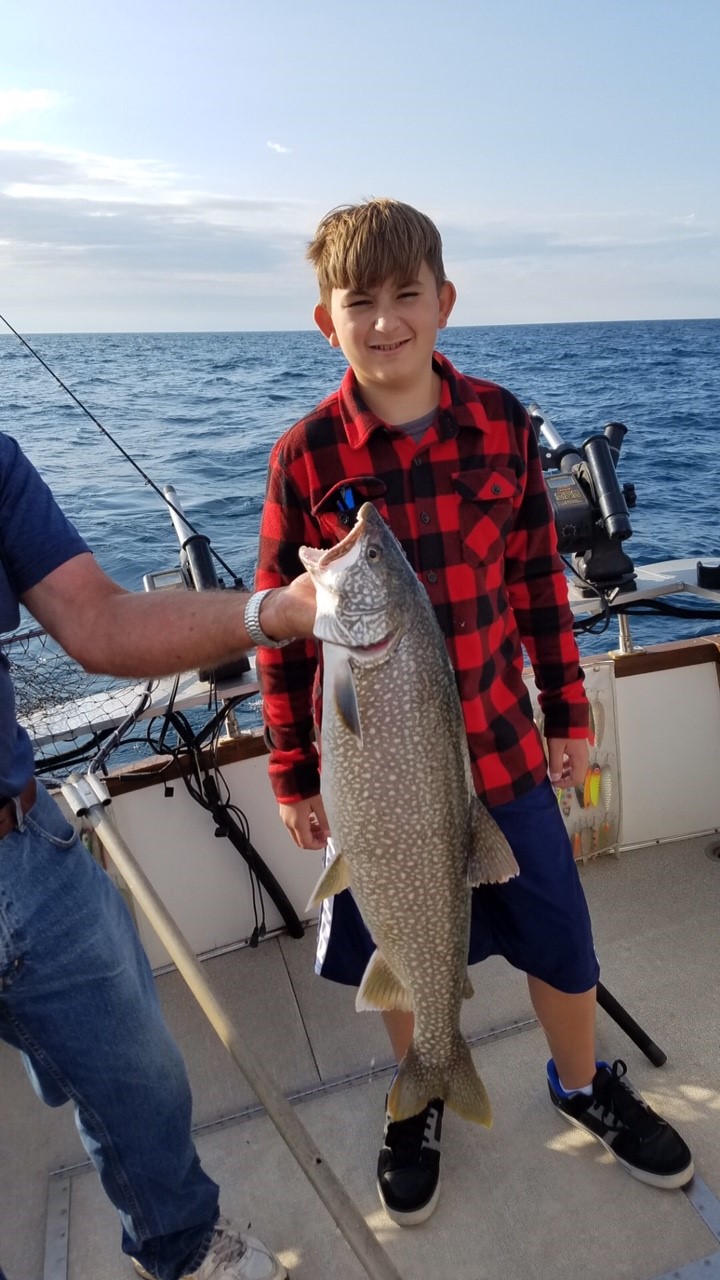 Levi on a summer fishing trip.

“When can he get back on his dirt bike,” Kiehna said. “And when can he get back to all the outdoor activities he wants to do. He wasn’t necessarily affected by the amount of anesthetic he got. We were able to do a very precise surgery because we mapped it awake, so his recovery is phenomenal.”

Levi went home three days after surgery. Within two weeks, he was back to most of his normal activities, including going to school.

“When I think about my situation, it was kind of hard to wrap my brain around it,” Levi said.

But as he recovered, Levi was prohibited from riding his dirt bike, which he’d begun as a 3-year-old. Kiehna lifted that sanction in early August, which capped Levi’s energetic summer.

“Levi was able to take a beach trip, to ride his new dirt bike that he got, enjoy the pool, riding bikes and hanging out with friends and family,” Lori Raymond said. “He’s completely back to normal. Back to being a 12-year-old boy.”