Most of us think that stroke only affects people over the age of 45, but it can happen to anyone at any time. Every year, 795,000 people in the U.S. have strokes and about 10 percent of those patients are 45 and younger.

Most young people aren’t aware they can experience stroke, even though it’s the third-leading cause of death for women. Nicole King was one of those who didn’t know the risk.

The mother of two young children was starting her day in June 2017, trying to power through a severe migraine. Suddenly, she experienced a spinning sensation similar to “riding a merry-go-round that was going thousands of miles per hour.” She struggled to move toward her bed – but the right side of her body went numb.

With her husband away on business, King called the next door neighbors to help get the kids ready for school.

They took one look at her and called 911. She was rushed to the nearest emergency room at another health system, where she was diagnosed with a migraine and discharged within hours.

Still extremely dizzy and unable to drive or focus on her job as a technology consultant for a major bank, King, 41, called Dr. Charity Karwowski, her primary care physician at Novant Health University Family Physicians in Charlotte.

Karwowski ordered an MRI, which confirmed a stroke caused by a dissected vertebral artery, a tear inside one of the major arteries that disrupted blood flow to her brain.

King’s experience, complicated by a delay in diagnosis, is a powerful reminder that strokes don’t just hit people in their 60s and beyond.

In fact, one study from the American Heart Association found that stroke rates among younger patients have risen dramatically (by 147 percent in some age groups) from 2010 to 2014 compared to stroke rates from 1995 to 1999. Some researchers believe it could be linked to rising rates of obesity and other chronic conditions.

Knowledge can be a lifesaver

“When you see a young adult who presents less than obvious symptoms, stroke is not what immediately comes to mind,” said Kate Klein, an acute care nurse practitioner in the neurological intensive care unit at Novant Health Presbyterian Medical Center. “But a missed diagnosis can have devastating outcomes.”

Another tricky part of diagnosing stroke in younger women is that the indicators may look different from the F.A.S.T signs that experts recommend as guidelines for spotting a stroke. Klein said often stroke symptoms in younger women include a headache, migraine, dizziness, confusion or sudden numbness.

“You may have a stroke and not even know you even had it,” Klein said.  Strokes without outward symptoms are referred to as silent strokes, and not getting treatment can have long-term effects like memory loss and a gradual decline in cognitive function.

One study that looked at almost 24,000 stroke cases found that the odds of a misdiagnosis in the emergency room were higher among younger women.

Because stroke hurts the brain, it’s often hard for the person who’s having it to recognize it. 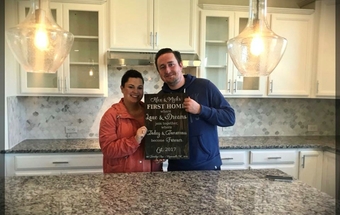 Alex Crimi had a stroke when she was just 28 years old. (photo/ Alex Crimi)

That’s what happened to Alexandra Crimi, a 28-year-old from Mooresville, who felt shooting neck pain while she was cooking dinner in July 2017.

She lost consciousness and her father, a police officer, called an ambulance and they headed to Novant Health Huntersville Medical Center, a Certified Primary Stroke Center, where she was initially diagnosed. Crimi was then transferred over to Novant Health Presbyterian Medical Center, an Advanced Comprehensive and Certified Primary Stroke Center, where she received treatment for the bleeding in her brain.

For Crimi, it was the fast action, quick response by EMS professionals and rapid treatment by the stroke treatment staff that made a difference.

“When I went into surgery, my family was prepared to hear the news that I wasn’t going to make it,” said Crimi.

Madison Grady, a registered nurse who works in surgical services at the neurological intensive care unit at Presbyterian, said seeing Crimi wake up from a medically-induced coma in just one week was a miracle.

“We laughed and cried (with Crimi) and her family (as she recovered), and I’ve always believed that it’s important to remember that our patients should be treated like any other person out there, with love and respect,” said Grady. 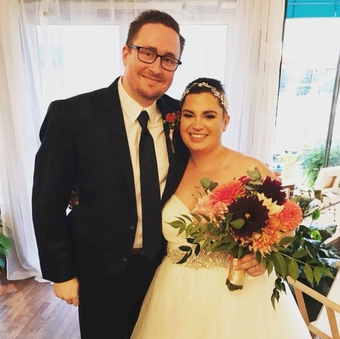 Alex Crimi is all smiles at her wedding that happened not too long after her stroke. (photo/ Alex Crimi)

King made tremendous progress, as well. Initially she had trouble walking, but today she gets around without a cane.

In part, she credits a young stroke survivors group that meets monthly at Novant Health Neurology & Sleep - Midtown. The free resource became a “safe haven” for survivors like King who wanted to heal and connect with providers and other survivors.

“People sometimes forget that we young stroke survivors exist,” she said. “Being able to go into a room and have a safe space to talk about what it feels like to be trapped inside your head — it’s phenomenal.”

Crimi also attended one of the sessions and had a takeaway of her own: a renewed sense of thankfulness to be alive.

She lost her peripheral vision as a result of her stroke, but said it’s meant a lot to her to not only have her life back on track, but also to have fond memories from her wedding, just three months after her stroke.

“Every day I was encouraged by my nurses who called me their ‘miracle patient’,” Crimi said. “Stroke happened to me early in life, and I choose to never let that bring me down.”

“I cherish every moment with my family. Every moment, every choice you make is a win,” said King. “Young women who’ve had stroke need to encourage each other and be each other’s cheerleaders.”

Specialized neurological care is crucial, whether you’re having a stroke or living with a chronic condition like MS. Here’s how to connect with Novant Health experts.

Are you at risk of stroke? Take our online stroke assessment now.

Chopper was ready for stroke victim, and so was the team

The stroke was devastating, but it couldn’t match one couple’s will