Stroke survivor is `living the life he wants’

A skilled care team, and speed, made the difference
By Cliff Mehrtens

Through the haziness of suffering a stroke, Tom Waldron distinctly remembers one detail.

“I was in an ambulance, and we were going pretty fast,” he said. “Then I realized `Oh man, I’m that guy. I hope this works out.’”

Waldron, 60 at the time of his stroke in 2017, had finished a morning walk and was relaxing on his sofa with a friend. His wife, Patty, was nearby. Waldron felt a cramp in his thighs, jumped up and “knew something wasn’t right.” His problem was much more serious.

His right side became paralyzed and he couldn’t speak. He was having a stroke.

The Waldrons, who live in Charlotte, North Carolina, credit the quick, efficient work of Novant Health’s stroke team for his recovery. Every minute a stroke is left untreated can mean the difference between a permanent disability and full recovery. Up to 2 million brain cells die every 60 seconds when oxygen and nutrients are cut off.

“From the time it happened to when Tom received tPA (a vital medication), it was less than 25 minutes,” Patty Waldron said. “The chain of events was seamless.”

Medical care with speed in mind

More than 795,000 people in the United States have a stroke each year, according to the Centers for Disease Control and Prevention. In 2017, strokes accounted for 5,098 deaths in North Carolina.

First responders arrived at Waldron’s home in minutes, and he was rushed to nearby Novant Health Matthews Medical Center. He recalls answering “lots of questions” from stroke team members, including a flip chart with basic photos for him to identify. 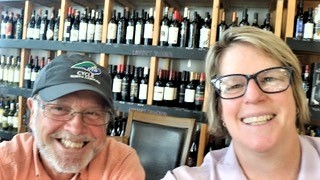 Waldron was quickly administered a CT scan of his brain, and he was determined to be a candidate for tPA (tissue plasminogen activator), an enzyme given to patients within three hours of a stroke to dissolve blood clots within the brain. He was quickly transported to Novant Health Presbyterian Medical Center, where he underwent a thrombectomy, the surgical removal of the blood clot.

“It all happened in under an hour,” Patty Waldron said.

What caused his stroke?

Waldron’s stroke was caused by complications from atrial fibrillation, an irregular, often rapid heart rate that commonly causes blood clots to form. The Waldrons didn’t know that “AFib” was an issue. Tom is athletic and an avid cyclist, and didn’t show any symptoms. He’d just biked a 500-mile trek across North Carolina three weeks before his stroke.

“Unfortunately, I think a lot of people don't know that they have AFib,” said Dr. Ed McMillan, a cardiologist at Novant Health Heart & Vascular Institute who treats Waldron. “There can be significant, sometimes permanent brain damage. Fortunately for Tom, he regained a majority of his strength.”

The stroke damage forced Waldron to give up his job as a technical writer, which involved a lot of numbers. He went through intensive speech therapy. The damage also wiped out “21 years of playing guitar and singing,” Waldron said.

“It’s like a file cabinet door that you can’t open,” he said. “It never came back, but I can’t dwell on it.”

McMillan placed Waldron on blood-thinner medication to reduce the risk of another stroke. Waldron also turned to a new way to monitor his AFib – he wears an Apple Watch that has a detector.

At least 2.7 million Americans are living with AFib, according to the American Heart Association. Few can match Waldron’s drive and zest.

Waldron spends most weekdays working on family property in Columbus, a small mountain town in western North Carolina. Patty, a longtime swimming coach, works in Charlotte weekdays. So, during the week, it’s Tom, his Apple Watch monitoring his AFib and the great outdoors. 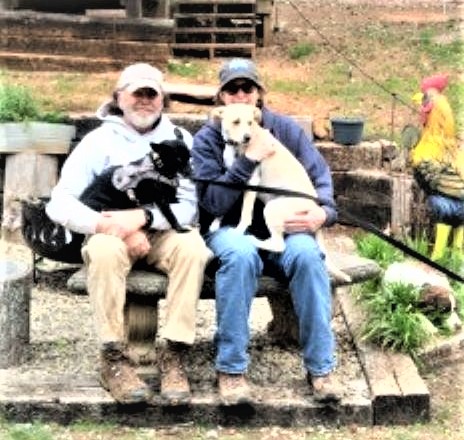 The Waldrons at their N.C. mountain retreat

“It’s a lot of work, but it’s kind of cool watching things come out of the earth,” he said. “I do a lot of hiking, too. I can’t imagine sitting and doing nothing.”

There’s an old barn nearby, and Waldron says he’d like to explore tie-dying. He said he feels great, despite a bit of finger numbness and occasional days when his brain feels tired.

“I was amazed by the treatment I received from Novant Health,” he said. “They were on it, every second. They really care.”

Patty Waldron said her husband has created a new life for himself after his stroke. He’s vigilant about diet and taking his medications.

“He’s by himself a lot, but he’s going to live his life the way he wants to,” she said. “I admire the heck out of him. I got my husband back from a very bad place.”

Find the stroke care you need

Patty Waldron is an advocate for “BE FAST,” a reminder of how to spot a stroke and the importance of acting quickly. “When in doubt do not waste time,” she said. “Make the call to 911.”

Balance: Has the person had a sudden loss of balance?

Eyes: Are they experiencing double vision, or unable to see out of one eye?

Face: Is one side of the face drooping? Test it by asking the person to smile.

Arms: Does one arm drift downward. Ask the person to raise both arms.

Speech: Are they slurring speech or having trouble getting the words out?

Do not delay stroke treatment for fear of COVID-19