In 2015, Steve Gordon was brushing his teeth at his Huntersville home as he got ready for another busy day in his banking job and a business meeting in uptown Charlotte.

Seconds later, he collapsed to the floor.

Gordon had suffered a stroke.

He couldn’t move his right arm or leg. His face sagged. He could hear what people were saying, but when he tried to respond, the words wouldn’t come out of his mouth. Or, the wrong words came out.

Gordon diligently worked his way back to being able to speak and comprehend. It hasn’t been easy. His family and friends played key supportive roles in his recovery, and continue to do so.

Five years later, Gordon is the driving force behind helping other stroke victims who are battling aphasia. He has teamed with Novant Health to organize a local support group. He wants to offer help the same way it was provided to him.

‘Trapped in your own body’

is a language disorder that affects the ability to communicate. It’s most often caused by strokes that occur in areas of the brain (usually in the left side of the brain) that control speech and language. Aphasia does not affect comprehension or cognitive abilities. Stroke survivors remain mentally alert, even though their speech may be jumbled, fragmented or impossible to understand. And that can leave people with aphasia feeling isolated.

As Gordon explained: “It’s like you’re trapped in your own body, basically.”

Depending on the severity of brain-tissue damage during stroke, the loss of speech and language abilities may be temporary or long-term. It also affects how quickly and successfully a person can improve with speech therapy. 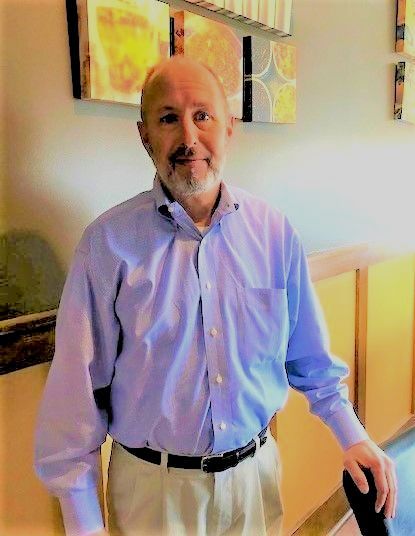 Gordon said his aphasia was severe. He could understand what he heard, but he had difficulty speaking. Hours and hours of work, which continues to this day, have enabled Gordon to regain his speech. He may stumble on a four- or five-syllable word, but he’s made an amazing recovery from not being able to speak five years ago.

Gordon, 53, had worked 18 years as a risk manager at Wells Fargo. His wife Denise was the first to reach him moments after his stroke.

“I thought I was saying normal words like `I need some help’ and she thought I was doing a yawn,” he said. Gordon couldn’t speak. Denise dialed 9-1-1.

Gordon’s son Preston, 11 at the time of his dad’s stroke, became a de facto teacher at the family’s kitchen table. He’d patiently offer words for Gordon to pronounce, then grade his performance.

“He’d say `That’s almost it. Keep trying. You’ve almost got it,” Gordon said. “Very encouraging. They all helped me a lot.”

One rainy morning, Gordon was driving Preston to the school bus stop. Halfway there, Gordon said “I know I can’t say a lot, and I know all your friends. I’m not going to embarrass you, so I‘ll just say ‘Hi.’ ”

“I don’t care about what my friends think, you’re my dad,” he said. “Say anything you want to say.”

“All these meetings I want to do, and help other people, that’s part of it – I have a family that’s just wonderful,” he said.

Forming a group to help others

Gordon got plenty of help with speech therapy, but when he went looking for additional resources, he learned there were no local support groups. So he decided to start his own.

Gordon printed fliers, contacted medical groups and promoted it on websites. He registered the group on the National Stroke Association website, aphasia.org.

The support group grew from a handful of people in Concord to about 10 or so in an American Legion hall in Huntersville (that lasted about a year). It was a gathering for aphasia patients and their caregivers to compare notes, support each other and discuss difficult topics, like depression and frustration.

Gordon then took matters a step further. He reached out to the support and connections he received from Novant Health throughout his recovery. The Huntersville Aphasia Support Group was born.

“I told the group at the first meeting `Look at me now, she’s a part of that,’” Gordon said. “She’s one of the kindest persons I’ve ever met.”

The group meets on the first Wednesday of every month from 4-5:30 p.m., at Physicians Plaza in Novant Health Huntersville Medical Center. Individuals with aphasia and their children,
spouses, parents, caregivers and friends are welcome.

“Having a local aphasia support group means we now have a really great resource for patients who are affected by this disability,” Fox said. “Having a group to help offer support to those affected by aphasia within our community is a continuum of the remarkable care Novant Health strives to provide.”

For information about stroke care