Sickle cell patient offers thanks for her team

At 42, she’s grateful for never-ending support
By Cliff Mehrtens

She presented one to each of her Novant Health physicians, a thank-you for helping her reach 42 years old.

That might not sound like a huge number, but it is if, like Navedo, you have sickle cell disease and have battled pain for as long as you can remember.

“I did it because numerous times I was told I wouldn’t see past my 20s,” said Navedo, who lives in Charlotte, North Carolina. “I can’t tell you how many transfusions or hospital admissions I’ve had from age 18 until now, but one of the best feelings is when I’m not in pain, I can thank them for caring for me.”

Sickle cell disease is an inherited form of anemia — a condition in which there aren't enough healthy red blood cells to carry adequate oxygen throughout your body.

Normally, red blood cells are flexible and round, and move easily through your blood vessels. In sickle cell anemia, the red blood cells become rigid and sticky and are shaped like sickles or crescent moons. These irregularly shaped cells can get stuck in small blood vessels, which can slow or block blood flow and oxygen to parts of the body, and cause debilitating pain. 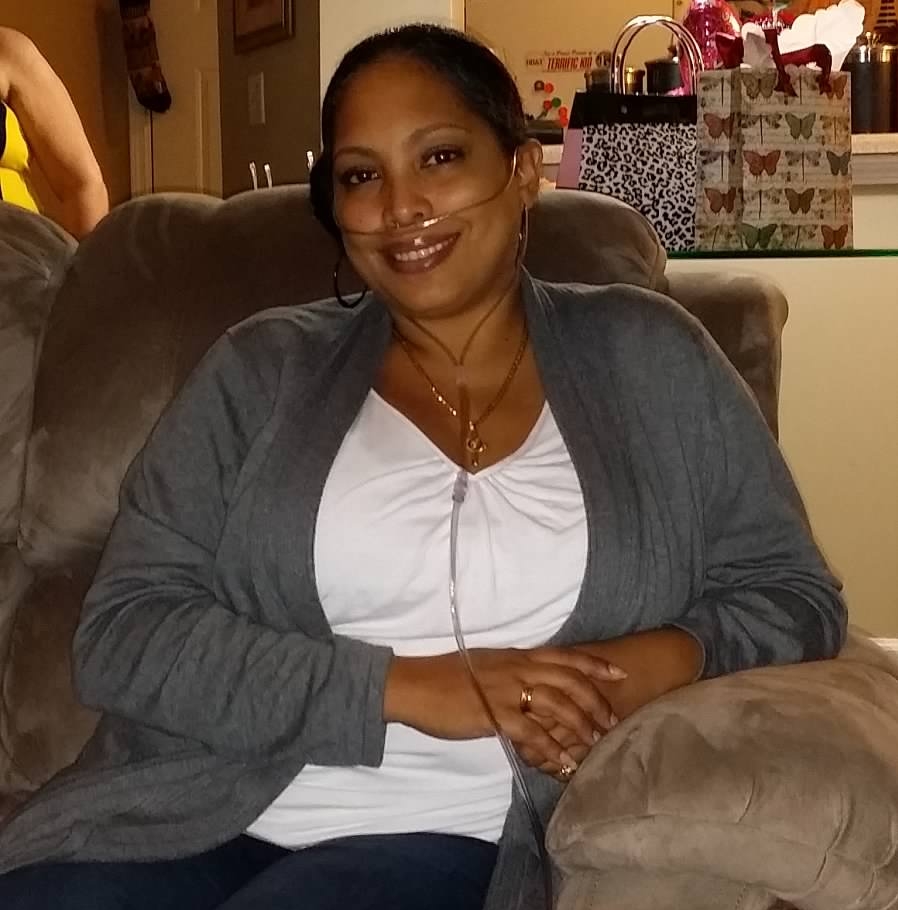 Pain gripped Navedo early on. At 7, her gallbladder had to be removed. At 8, she needed to have all her blood replaced with a transfusion. She fractured her femur at 13.

Navedo’s family moved from New York City to Charlotte in 1994, when she was 17. Her disease forced many trips to Novant Health Presbyterian Medical Center, which Navedo said “became my second home.”

“I graduated through a fax,” she said. That same day, a cousin also battling sickle cell disease died.

“That was a hard turn,” Navedo said.

In 2000, Navedo endured acute chest syndrome, in which breathing is painful. Later, she developed a pulmonary embolism, a blockage in one of her lung arteries. She’d been in the hospital a week, and was scheduled to be discharged the next morning. It was a Saturday, and she’d hoped to attend a professional wrestling match with her sister that night in Charlotte. Instead, she at least got to watch it on TV and was excited to see her sister in the crowd.

“Then I lost consciousness,” Navedo said. “I spent four weeks in intensive care during the holiday season. I was discharged on Christmas Eve. From then on, I just developed a family with Novant Health. I have confidence in the way they’re going to care for me.” Navedo’s gratitude is widespread. For the last 25 years, Novant Health team members — too numerous to name — have been at her side to help her cope with a never-ending array of serious, complicated and painful health issues. 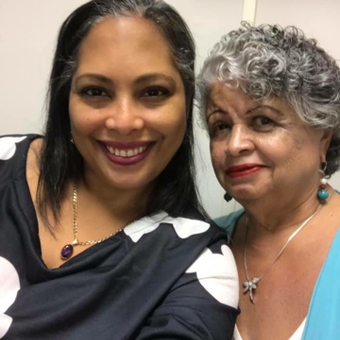 She knows the folks who have helped her many times, and appreciates them knowing her medical history. She also recalls visits when she had been doubled over in pain — unable to speak — and the care she received from Novant Health team members who didn’t know her. Nurses. Technicians. Cafeteria employees.

Navedo said her health complications led her to advocate for “persons with my illness, their caregivers and the awareness of an invisible disability.” She was a member of the governor’s North Carolina Council on Sickle Cell Syndrome from 2012 to 2018.

Sickle cell is a disease that worsens over time. The median age at death is 42 for men, and 48 for women, according to the U.S. National Institutes of Health. Navedo is keenly aware of those statistics.

Her biggest support comes from the “Tri-Pod,” what the family calls Navedo, her mother Carmen and sister Elizabeth.

“We’re always together,” Navedo said. “My mom is a fashionista. She’s my rock. She lives two blocks away. My sister runs marathons.”

The trio loves to travel to visit extended family, and heads to Disney World every year. Carmen and Elizabeth know when Navedo — an outgoing, vibrant personality — is hurting, and give her space and time to rest.

“I love to interact because my illness is misunderstood,” Navedo said. “I embrace my complications because it allows me to be relatable. It has been two years since my last hospital admission and I owe it to my Novant Health medical team. Although I miss seeing the 7th floor medical staff, it feels great to be able to visit.”

TOP PHOTO: Nilda Navedo (center) is a sickle cell disease patient who recently celebrated her 42nd birthday. Her mother Carmen is on the left, and Kelli Sadler, vice president and chief nursing officer of Novant Health Presbyterian Medical Center, is on the right.