She lost her dad at 14. It ignited a passion for hope.

Nicole Goolsby took a circuitous route to healthcare. There was one foray into cosmetology; another led her to computer programming.

But eventually, she became an oncology clinical research coordinator – an advocate for patients participating in highly-regulated clinical research trials – for Novant Health. “When you have a calling in life,” she said, “the calling prevails.” 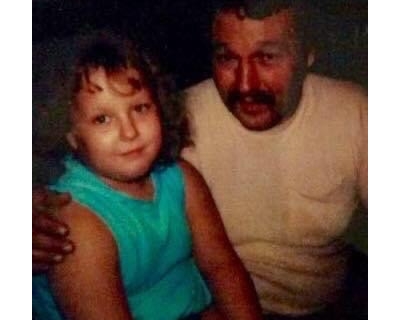 Nicole Goolsby and dad. Marion “Mickey” Slomka was a Polish immigrant born in a German displacement camp. He obtained a degree in business administration and went on to own and operate carnival games.

Although she didn’t know it then, it was her father’s 1993 death from metastatic adenocarcinoma to the lungs that set Goolsby on her path. She was 14. “I remember asking, ‘Is there nothing more you can do to help him?’” she recalled.

Goolsby began to care deeply about the patients she met when she worked as a night clerk at a small hospital in Yadkinville, North Carolina. That job led to a role as a surgical medical assistant to breast cancer patients – a job she had and loved for 17 years.

In 2019, Goolsby took on what could be the role of a lifetime. She wanted to give hope to cancer patients and their families. “It’s my goal to bring a smile and some laughter to all those I come in contact with,” she said. She calls herself a “hope cheerleader.”

Goolsby recruits, provides guidance to and follows up with patients who have been identified as candidates for national and international cancer care delivery research (CCDR) trials. That’s one of a number of types of cancer trials Novant Health is part of. Others include:

Novant Health oncologists provide clinical research coordinators basic background information on patients who may meet the criteria for a trial. (Even this basic information is regulated by a special team called an Institutional Review Board, or IRB.)  These trials may involve partnerships with other hospitals, research universities, pharmaceutical companies and more – but the patients who volunteer are the very heart of the program.

Goolsby helps determine who’s a match and reports back to the doctor, who then talks to patients who have been vetted. Those who want to participate meet a coordinator (by phone, in the age of COVID-19) to review what’s involved and decide if and how to proceed. “I present the facts and make sure patients understand them,” Goolsby said.

If a patient gives informed consent, it’s because Goolsby – or a teammate – gave them all the information necessary to make a decision, including all the potential risks and possible benefits.

She assures them that, should they decide to participate, their private health information will be kept private. She also has to make sure they understand that the trial they’re participating in may not benefit them. “But it will benefit someone,” she assures. Research through clinical trials can lead to new ways to prevent, detect or treat diseases, including cancer. Clinical trials also help scientists develop new ways to use existing treatments or new surgical procedures or devices.

COVID-19 altered how Goolsby and other coordinators did their jobs. They’ve always relied on face-to-face meetings with patients – some of whom are scared by their diagnosis or unfamiliar with clinical trials. COVID-19 has made the world even more uncertain and forced the team to rely on just the phone. They have to establish a personal connection without looking people in the eye. 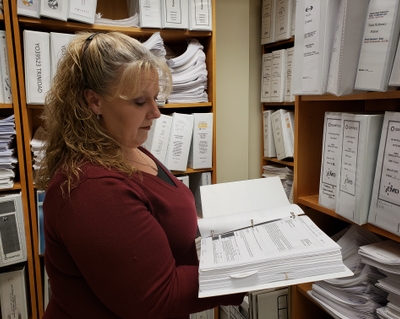 Not being able to read a patient’s body language and facial expressions was tough, she said. She often relies on non-verbal cues to determine if a patient is confused, reluctant, scared.  Whenever possible the overseeing physician was present for the consenting process,” she said.

Goolsby and team were allowed back in clinics, with certain restrictions, to see patients in person earlier this month.

While most people may think clinical trials involve experimental treatment, that’s only a small part of the picture. The CCDR trials Goolsby is involved in involve questionnaires and sometimes lab work. That’s it. And trials are not just for patients with late-stage cancer. “There are trials for people with Stage I cancer,” Goolsby said. “There are even trials for pre-cancer.”

One such trial Goolsby assisted in was for lung cancer screening. The 50 participants from Novant Health were smokers. They answered a series of four questionnaires over a six-month period. At the end of the trial, four of them had quit smoking – a fantastic, unexpected outcome.

Patients who take part have Goolsby or a teammate as a resource throughout the trial and beyond, if there are follow-ups needed. At any given time, Goolsby could be serving as coordinator/advocate for more than 90 patients.

When she took the job, she remembered how she felt as a teenager who’d lost her father.

“At 41, I now recognize that had I never lost my father to cancer, I would not have this amazing opportunity to provide hope, joy and drive to encourage these warriors to fight their battle,” she said. She often reminds them: “We’ve got to hold on to the most powerful weapon we have – faith and hope.”

Not a day goes by that she doesn’t think of her dad while helping her patients. “Every day, I think, ‘All right, Dad. Let’s go kick some cancer butt.’”

Why are a lower percentage of cancer patients dying?