Repair of complex aneurysms has patients home in a day

Innovative procedure is effective and safer
By Cliff Mehrtens

For many patients, that’s major surgery resulting in days in intensive care, another week hospitalized, about three weeks of rehabilitation, and roughly six months until full recovery.

“When I woke up, I felt like I could walk right away,” he said.

He’s the first patient (among four) at Novant Health Presbyterian Medical Center to have this type of complex aortic aneurysm repair. Dr. Ashish Jain, a Novant Health vascular surgeon, performs the surgery that often has the patient leaving the hospital one day later. 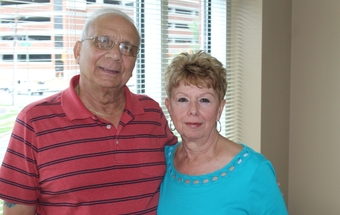 John Pluchino was home a day after getting his aortic aneurysm repaired. His wife Dorita is on the right.

An aortic aneurysm is an abnormal bulge in the wall of your largest blood vessel (the aorta) that carries blood from your heart throughout your body. It’s similar to a balloon – the larger an aneurysm grows, the higher its chance of it rupturing.

“When people have a rupture, 95 percent of the time that’s a fatal event,” Jain said. “We try to get ahead of aneurysms and treat them before they get to that point.”

Most aneurysms smaller than 5 centimeters in diameter have little chance of rupturing. A person can live many years with an aneurysm, while having its size monitored by a doctor. But, that comes with knowing there’s a potential disaster looming inside you. Aortic aneurysms caused more than 9,800 deaths in 2014.

This complex, minimally invasive surgical technique uses a stent graft that’s custom-modified for each patient. A key factor in identifying appropriate candidates for this procedure is the location of the aneurysm. People with a juxtarenal aneurysm – one that is close to the kidney arteries – may be suitable candidates for this type of repair.

In Pluchino’s case, a CT scan discovered his aneurysm 17 years ago when he was being treated for a kidney stone. The aneurysm was small, but enlarged slowly over the years.

“It preyed on my mind all the time,” said Pluchino, 75, a Connecticut native who lives in Fort Mill, South Carolina. “When Dr. Jain told me it could be fixed, I was relieved.”

Pluchino’s only souvenirs from the May surgery were a pair of three-quarter-inch incision scars (one in each groin). He said they’re barely visible now. He and wife, Dorita, enjoy their retired lifestyle, which includes social clubs, yardwork and walking.

“I feel very fortunate,” Pluchino said. “I swear by Dr. Jain. He was very compassionate and explained everything to us. He showed empathy and went into such detail.”

A stent graft is a woven polyester tube supported by a metal web that is placed inside a diseased vessel, without surgically opening the surrounding tissue. After placement in the artery, the stent graft expands and relieves the pressure on the aneurysm by providing a new pathway for blood flow.

Every person’s anatomical makeup is different, which means the stent graft Jain uses is individualized.

“It’s all about the anatomy. Where the kidney arteries come off the aorta and how much distance I have above and below those arteries are vital pieces of information in planning this procedure,” Jain said.

Jain applies a patient’s CT scan into a 3D software program, which he uses to measure the exact size of the kidney arteries and the angle at which they extend from the aorta. (Think about a clock face. For instance, one person’s arteries may come off at 10 o’clock and 2 o’clock, while another’s could be 11 and 5.)

Based on the size and angle, Jain provides a manufacturing company with specifics about the size of the device needed, and where the holes, or fenestrations, should be located for each patient. The stent grafts are made in Australia, and arrive in about three to four weeks.

Two small incisions are made, and Jain deploys the device to line up with the kidney arteries using special imaging. This procedure, like other aortic aneurysm repairs, is covered by insurance.

“We’ve repaired the aorta,” Jain said. “Saved the kidneys. We’re allowing blood flow to the legs. There’s no more blood flowing to the aneurysm. Patients are back on their feet the same day of surgery and leave the next day.”

In the traditional procedure, surgeons make major incisions on the chest and abdomen that lead to a much longer recovery time.

Not every aneurysm patient is suitable for Jain’s minimally invasive approach, and it depends on the aneurysm’s location. Jain can still do the full, open surgery to repair them, and many patients are cured going that route. But this innovative procedure, if appropriate, is effective and may be safer than open surgery for many patients. 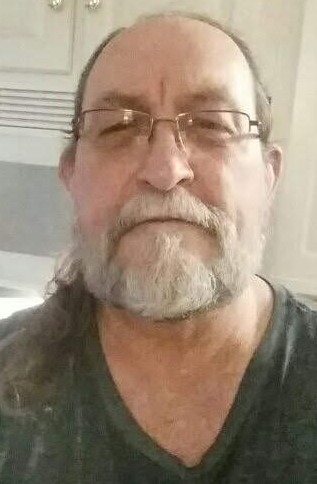 Reed’s surgery in June was a bit more of a challenge. He had two aortic aneurysms. The first was located just below his kidney arteries, and it was discovered in 2018. Reed, while bring treated for pneumonia in January 2019, had a CT scan that revealed the second one. It was close to one of his iliac arteries, which carry blood to the legs.

“The surgery took about five hours,” Reed said. “But I was home the next day. I had two very small scars. Nothing was clamped off during the surgery. My kidneys are functioning normally. I feel good.”

Reed has returned to “tinkering around the house,” and sharing meals, movies and shopping trips with his three grandchildren.

“Dr. Jain’s confidence and ability to do this procedure was so refreshing,” he said. “He’s a fabulous surgeon. I couldn’t be more pleased with the results.”

Fast recovery is the norm

“All these cases are challenging and require a team approach,” Jain said.

Three of the patients returned home the next day. A fourth, mostly because he was 85 years old, stayed in the hospital for two days.

“Previously, we had patients that were candidates, but we didn’t have technology or the people who could do it,” Jain said. “Other patients were considered too old for the open surgery. This procedure has really allowed us to provide care for a larger number of patients with aneurysms in a way that’s minimally invasive and safe."

TOP PHOTO: The custom-made stent graft (left) that is used during surgery to repair an aortic aneurysm. At right, the graft after it's been attached to kidney arteries.

Doctors save a first-time mom, and her `miracle baby’