He went from the NFL to MD

‘It really is about relationships’
By Cliff Mehrtens

How many doctors can say they’ve chased Jerry Rice during a Super Bowl?

Novant Health’s Kip Corrington can. His circuitous, fairly unique route to medicine included being a Denver Bronco safety in Super Bowl XXIV. Then a PhD in psychology. Then a switch to family medicine.

These days, instead of staring into a quarterback’s eyes, Corrington checks throats, ears, X-rays and everything in between. He’s gone from football’s last line of defense to a patient’s first line of medical contact. 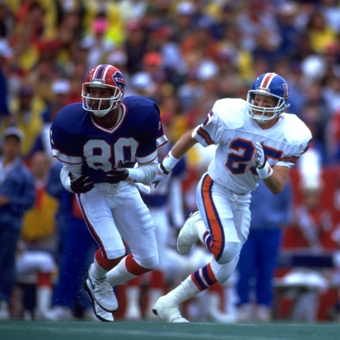 He knows the electrifying jolt of playing in a packed stadium of 80,000 screaming fans. But Corrington, 54, is far-removed from the game. It’s much quieter in Oak Ridge, a town of about 7,000 people northwest of Greensboro. The lessons he learned at football’s highest levels were a solid foundation for his career in medicine.

Corrington was an academic and athletic star in football-crazed Texas. He played defensive back at Texas A&M University, where he twice was named All-Southwestern Conference. He helped the Aggies win three conference championships, Cotton Bowl victories in 1986 and 1988, and led the team in interceptions in 1985 (five) and 1987 (three).

Corrington’s work in the classroom was equally impressive. He belied any dumb-jock generalizations by being named a three-time Academic All-American and four-time Academic All-SWC selection. He graduated in philosophy with a 3.96 grade-point average.

“Playing football in college gave me more time to actually study,” Corrington said. “I was a decent student in high school, but I fell in love with learning in college, and actually had the time to do it. There’s no way, as a basketball or baseball player, I could’ve done that. They travel too much.”

As a college athlete, many of Corrington’s days were filled with 6 to 8 hours of physical training and film study. Mix in classes and homework, and it’s easy to understand how overwhelming it can become.

“There’s no way you can survive without time management skills,” he said.

Corrington played two seasons (1988 and 1989) as a safety with the NFL’s Denver Broncos.

He had an interception during Denver’s victory against Cleveland in the AFC championship game in 1990. Two weeks later, Denver was trounced 55-10 by the San Francisco 49ers in Super Bowl XXIV in New Orleans. Corrington that day lined up against future Hall of Famers quarterback Joe Montana and receiver Rice – a safety’s worst nightmare. 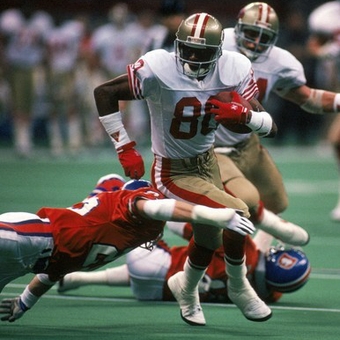 Corrington said he still loves and follows the game.

“It’s a good conversation starter with some patients,” he said, laughing.

“What I remember is being so close to my teammates. We really cared for each other. To this day, some of my fondest memories are playing those big games. It’s a heady experience as a young man, playing in front of 70,000 or 80,000 people.”

So, who faces more pressure, a doctor or an NFL player?

“The most pressure I ever felt was in an NFL training camp because you could lose your job any day, any second,” Corrington said. “And we saw it happen. Twenty percent of the guys there are so talented, they’re going to have a relatively long career, unless they get hurt. But the other 80 percent, it’s a battle. The average NFL career is 2.8 years.”

After football, Corrington had plans to become a university professor. He earned a doctorate in cognitive psychology, but realized that career path would be loaded with research.

“Research just wasn’t for me,” he said. “It was a little too esoteric in some ways. There wasn’t enough involvement with people. Medicine ended up being this wonderful fit for me, especially primary care. It really is about relationships and that’s what led me down that path.”

Corrington was awarded an NCAA postgraduate scholarship and graduated from Texas A&M’s Medical School in 1999. He then completed his residency in Greensboro, and has remained in the area since.

“I love being a primary care physician because of the more holistic approach,” Corrington said. “I really appreciate the specialists. They’re amazing and we need them. For me, I like the holistic approach. I don’t view the mind and the body as separate. They’re one and the same.

“I enjoy the relationships I develop with patients. It’s a privilege to be brought into people’s worlds and to help them with their problems, hopefully.”

Find the expert care you need in seconds

Two knee injuries were no match for his drive, and his doctor

Dr. Snow Daws got her game on as a high school football team kicker