From inner city D.C. to neurosurgeon: A doctor’s journey

Neurosurgeon’s path began with childhood seizures: ‘I have a purpose’
By Ken Garfield

As a little boy, Dr. John Berry-Candelario suffered from seizures growing up in Washington, D.C. To help him cope, his mother checked out library books about the brain. It was all he would read. Thirty-five years later, he is one of some 220 African American neurosurgeons. His area of expertise is cancer of the spine and spinal cord. He started work at Novant Health on June 1, eager to join a team determined to be a leader in the field.

The seizures? They are long gone, except for the passion they kindled in a little boy. Doctors were never able to determine the cause of the seizures, which eventually stopped.

“I have been a person who believes in my heart that I have a purpose,” said Berry-Candelario, 44. “I believe that purpose as it extends into neurosurgery is a calling for me. My job is to walk into a room and find a thread, something that connects me to my patient.”

Berry-Candelario joins Novant Health from UMass Memorial Health in Worcester, Massachusetts, where he was director of spine and spine oncology in the department of neurosurgery. He also taught neurosurgery at the medical school there. He knows Charlotte because several of his relatives live here and from his neurosurgery residency at Duke University Medical Center.

Berry-Candelario will see patients at Novant Health Spine Specialists - Randolph and Huntersville. His focus is minimally invasive spine surgery – removing difficult-to-treat tumors with an incision roughly the size of a drinking straw. But rather than seeing each patient as a surgical case, he works to become a partner on a broader path to wellness that might lead to alternatives – physical therapy, aquatic therapy, integrative medicine and other options. He likes to quote Muhammad Ali in stressing the spirit he embraces: “Service to others is the rent you pay for your room here (on Earth).”

Berry-Candelario offers a diverse set of techniques and personal attributes. Beyond being a gifted surgeon with impressive training, his military background will help cultivate Novant Health’s medical outreach to veterans. While a resident at Massachusetts General Hospital in Boston, Berry-Candelario took care of homeless veterans, including one with a traumatic brain injury. That encounter, and appreciating that his father, John Berry, served with the Marines in Vietnam, moved Berry-Candelario to join the U.S. Navy Reserve. Among his recent duties: administering COVID-19 vaccinations.

Berry-Candelario also arrives in Charlotte with a goal to extend quality, affordable healthcare to everyone. At Novant Health, there's a constant focus on delivering equal quality care to all patients, from all socioeconomic backgrounds, of all abilities, in all ZIP codes.

‘It got rough for awhile’

Berry-Candelario doesn’t dwell on what he calls his origin story except when he thinks about his own children, ages 4, 9 and 14. He hopes there’s a lesson for them in his journey. He turns to Denzel Washington to put that lesson into words. As Washington shared in a commencement address in 2015 at Dillard University in New Orleans, dreams without goals remain dreams. Washington worked as a garbageman before finally turning his dream into the goal of becoming an actor. Mission – and two Oscars – accomplished. 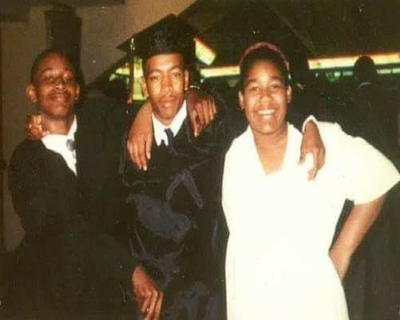 Berry-Candelario’s dreams sprouted amid the violence and poverty of inner-city Washington, D.C. He lost a childhood friend at age 12 to a drug-related crime. His family relied on food stamps when his mother, Lolethia Lucas, was overcome by several deaths in the family and couldn’t work.

“It got rough for awhile,” Lucas said. But she was determined to point him in the right direction. First she wanted him to get past the seizures and be healthy, not just physically but psychologically. Then she wanted him to write his own story.

Berry-Candelario did. Those brain books struck a chord. From the time he was 7 years old, his goal was to become a neurosurgeon. “I’m going to get out of the confines of my inner city,” he recalled promising himself. “I’m going to find some way of becoming the best version of myself.”

Lucas tells this story to illustrate the kind of person her son showed himself to be from an early age. While window shopping on F Street in Washington, D.C., she gave each of her three children a quarter for candy. “John,” she said, “went over there and handed his quarter to a homeless person. He said the man needed it more than he did.”

At his mother’s insistence that he challenge himself in private school, he flourished at DeMatha Catholic High School outside Washington. He graduated and went to Williams College in Williamstown, Massachusetts, where he played defensive back on the Division III football team, ran track and, most importantly, excelled in the classroom. Though focused on science, he took courses in English, religion and philosophy to broaden his foundation. Williams is perennially rated No. 1 in national liberal arts colleges by U.S. News & World Report.

Find and book the expert neurological care you need in seconds 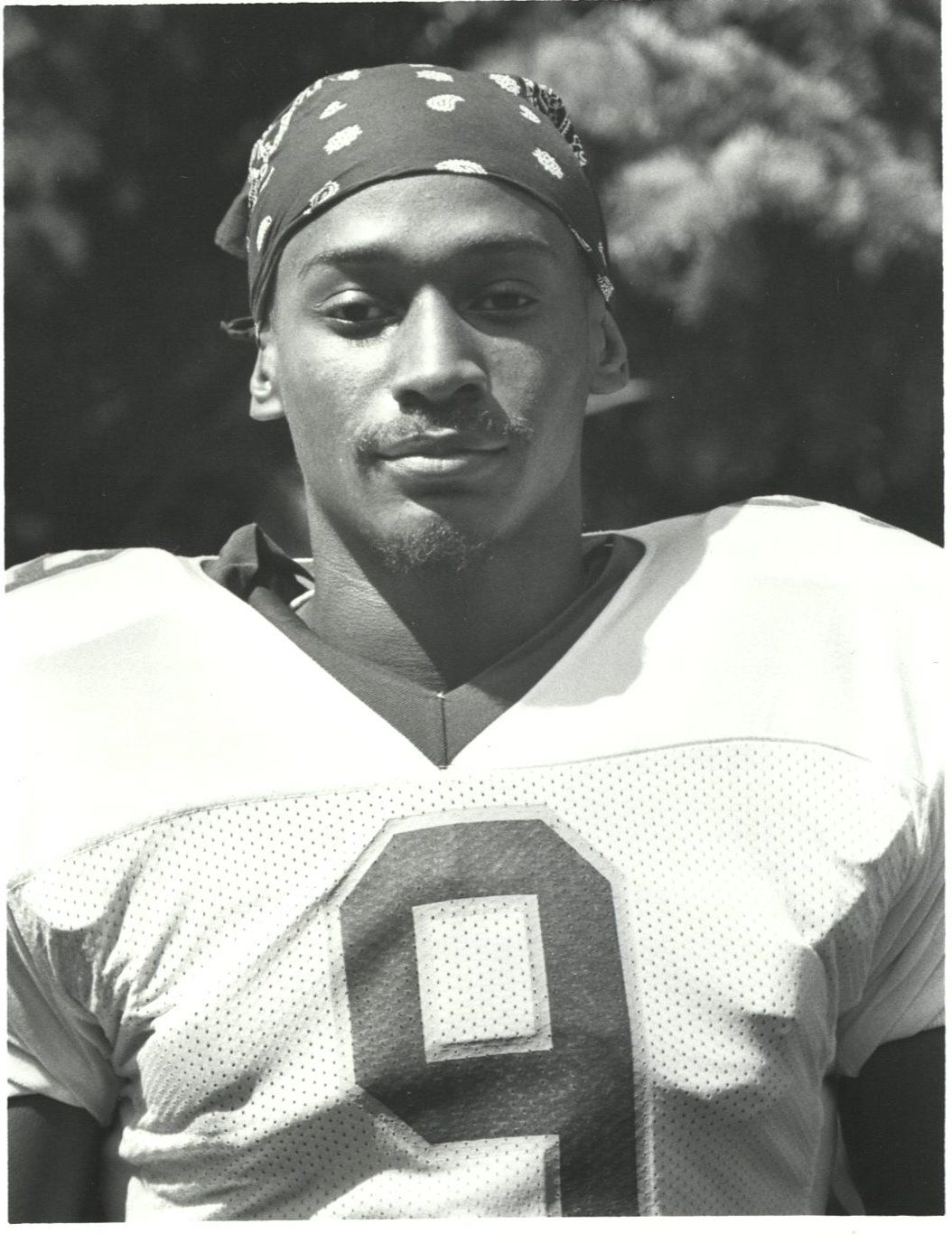 Berry-Candelario's football career ended early when he donated a kidney to his brother. 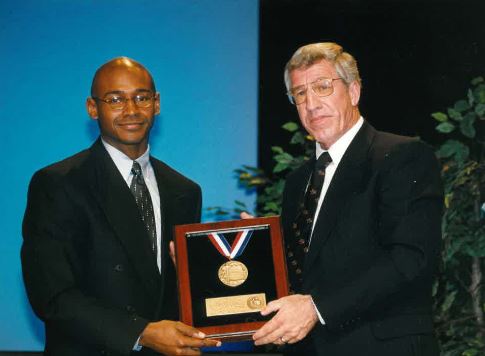 “I don’t know how anything is valorous when you’re asking someone to save your brother. It was such an easy decision.”

As captain of the football team his junior year, he helped lead the Ephs to an unbeaten season. He loved the camaraderie he felt on “The Dark Side,” the nickname defensive players gave themselves. There was talk among his coaches of Berry-Candelario trying out for the NFL. But that undefeated season wasn’t the most profound part of his football legacy.

That came when he donated a kidney to his older brother, DeAngelo, resulting in Berry-Candelario missing his senior season. For his sacrifice, he received the NCAA Award of Valor. His message to the audience at the awards ceremony? “I don’t know how anything is valorous when you’re asking someone to save your brother. It was such an easy decision.” His brother was in the audience that evening. DeAngelo Berry, 49, is now retired from the U.S. Navy. He is doing great.

Berry-Candelario graduated from Williams in 2000 with a bachelor’s degree in psychology. Then he graduated from Harvard Medical School and Harvard School of Public Health. Among his postdoctoral opportunities was a neurosurgical/spine oncology fellowship at Memorial Sloan Kettering Cancer Center in New York. He gained knowledge, experience and at least one big fan. 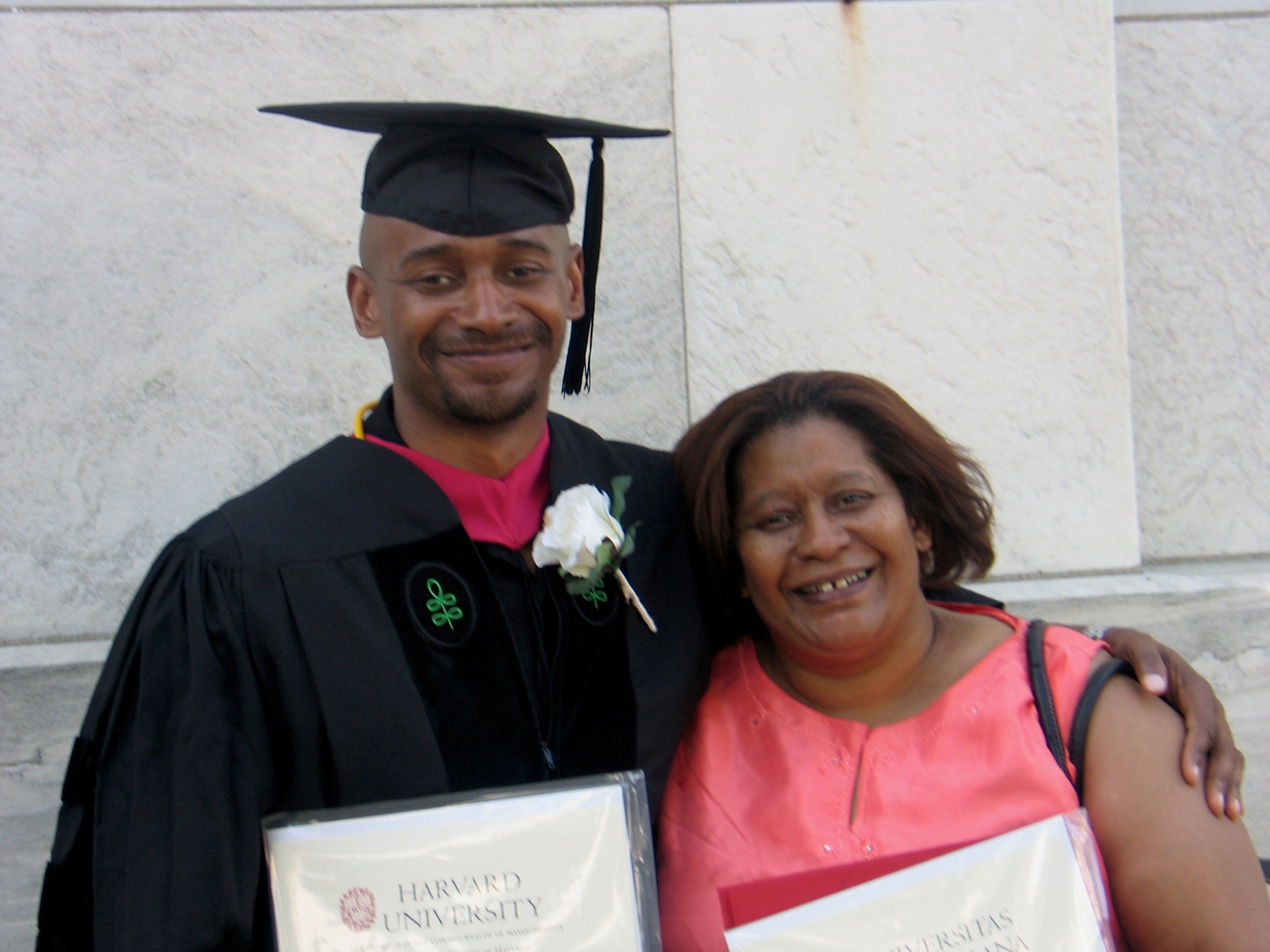 “He’s extraordinary, isn’t he?” said Dr. Mark Bilsky, vice chair for clinical affairs in neurosurgery at Memorial Sloan. “There is nobody quite like him.”

Bilsky said one of Berry-Candelario’s most impressive traits is his lack of ego. It’s not about him. It’s about the patient. “He has this warmth and understanding of what the patient is going through,” Bilsky said. He also understands the goals of surgery to remove spinal tumors: to control pain, improve quality of life, improve or maintain neurologic function, and control the tumor. Bilsky joked that Berry-Candelario’s time at Novant Health may be limited because he’s destined to be president – and not of a medical school. “President of the United States,” Bilsky said.

There is richness to Berry-Candelario’s story, formative experiences that inspired the empathy his colleagues talk about.

When his sister, Janisse, passed away from an aneurysm in 2014 at age 35, Berry-Candelario and his wife helped care for her three children until their father could get back on his feet. “I remember at the funeral saying that she was the best of all of us,” Berry-Candelario said. “It didn’t matter whether you were the black sheep or the crown prince. She connected everybody.”

Berry-Candelario has grown closer in recent years to his father, for whom he is named. While his mother sparked his interest in books, his father nurtured his love of sports and competition. Pops, as the family calls him, was a professional boxer who once was a sparring partner for heavyweight champions Muhammad Ali and Larry Holmes. Today, Pops’ greatest role is that of a loving grandfather.

And so, the next chapter in Berry-Candelario’s life is now playing out in Charlotte, where he, spouse and the kids have felt genuine warmth from all corners. “From the beginning of the hiring process, my family and I have felt an incredible sense of community and enthusiasm,” he said. “Novant Health invests in its people. We look forward to living and growing in this community in the days and years ahead.”

Dr. John Berry-Candelario has packed a lot of life into 44 years. On his extraordinary journey to Novant Health, he never lost sight of where he wanted to be when the dream of a 7-year-old child came true: sitting across from a patient and their family, finding the thread that connects them, seeing himself as a servant as he makes this pledge to those who have trusted him with their life: “I’m in it to win it for you.”

Unbearable neck pain and no relief. Then he found the right doctor

How artificial intelligence can save stroke patients