Two-time cancer survivor offers hope for others
By Cliff Mehrtens

As a two-time breast cancer survivor, Phaedra Pistone knows the physical pain involved with the disease.

She has endured lumpectomy and bilateral mastectomy surgeries, and their recovery periods. Her most recent surgery was to finalize breast reconstruction.

But Pistone, 43, said dealing with the emotional side of cancer has been a hurdle she had not initially counted on. Over time, though, she also learned she had the resilience to not just survive, but to thrive. 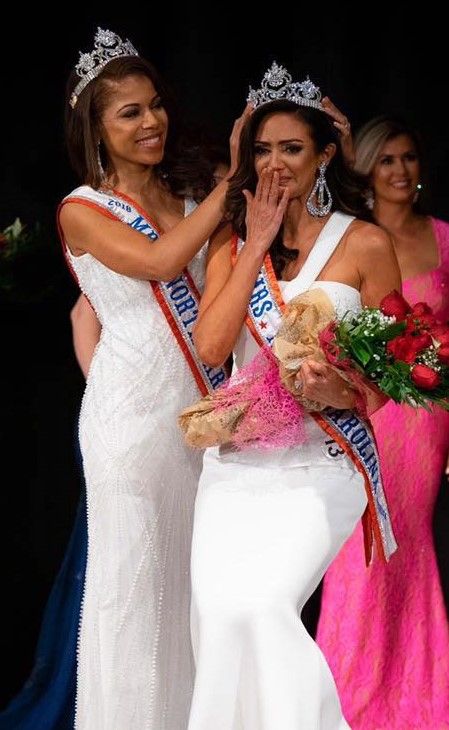 “It was easier going in than coming out,” she said, referring to her cancer battle that began in 2016. “It's been more of a struggle now each day. Even though I'm cancer-free — and I'm very thankful for that —the emotional side, the depression side, is just so hard.”

Pistone, who lives in Mooresville, North Carolina, said she counters those feelings by reading a daily devotional, staying active and using her status as Mrs. North Carolina 2019 to help others battling breast cancer.

She competed against married women from across the state and was judged in the categories of interview, swimsuit, evening gown and on-stage question.

She said her recognition in the pageant world and her volunteer work are “like a shiny microphone.”

“It gives me the courage and strength to have a platform to share this message and have people hear it, understand and, hopefully, provide hope to them if they're going through something like this,” Pistone said. “I try to turn that pain into a purpose.”

On average, 1 of every 8 women in America will develop breast cancer, according to the American Cancer Society. An estimated 268,600 new cases of invasive breast cancer will be diagnosed in 2019, and close to 42,000 women nationwide will die from breast cancer.

Pistone, who had no family history of breast cancer, was diagnosed in November 2016. Her first surgery – a lumpectomy, where a portion of the breast is removed – was two months later.

A little more than two years later, Pistone learned cancer had returned. She had a bilateral mastectomy, the surgical removal of both breasts, by Dr. Peter Turk at Novant Health Presbyterian Medical Center in Charlotte, North Carolina.

“She’d had cancer once already,” Turk said. “The surgery was a very brave decision for her, but an appropriate decision.”

“I love Dr. Turk,” Pistone said. “He was amazing. He explained everything very well, so I felt comfortable, especially with having a second surgery. It was definitely a bigger shock and a little more confusing, a bigger decision because bilateral mastectomy was not an easy process.”

Pistone’s treatment hasn’t included any radiation or chemotherapy. After the mastectomy, she couldn’t exercise for about eight weeks. That was a bit difficult because she’s an active runner.

Pistone, who couldn’t move around much, set up a room in her house that included several windows so she could “at least pretend I was outside.” 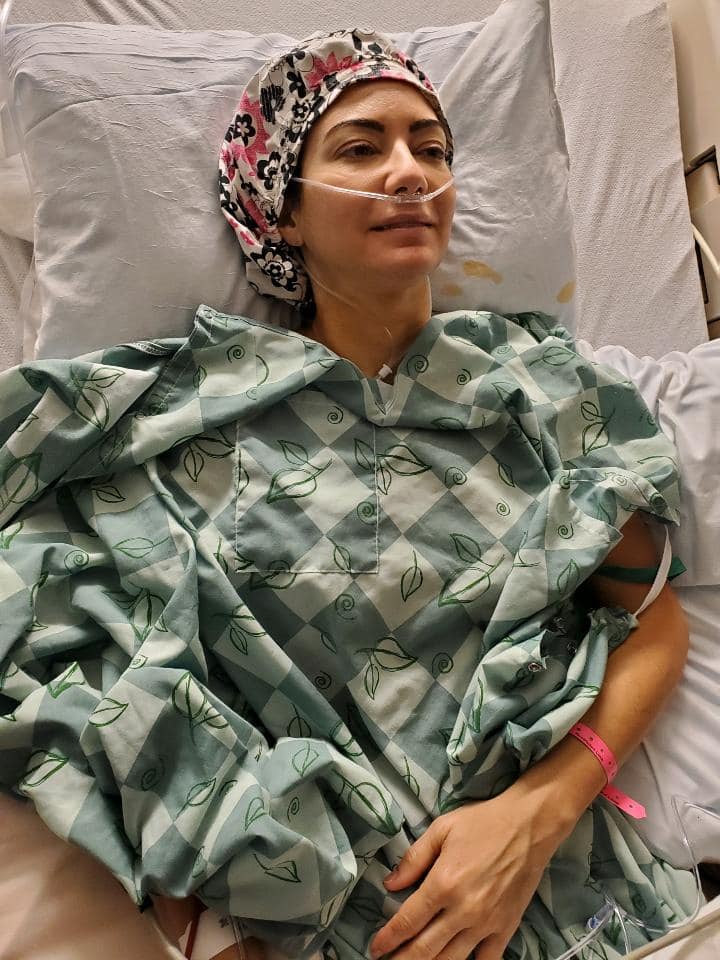 She gradually regained strength and returned to work as owner of Classic Bride & Formals, a bridal boutique in Cornelius, North Carolina, that she’s owned for more than 10 years. She found support groups that are a huge help, and serves the community with her efforts with the National Breast Cancer Foundation, Shirley’s Angels, American Cancer Society, Make-A-Wish and Charlotte Radiology.

She’s had many women thank her at speaking events for being courageous and an active voice for breast cancer patients.

“It's just eye opening that you're in pageants and you're using that platform to share when you're so judged on everything and not letting cancer hinder that because of what it's taken from you,” Pistone said.

She said she has good days and bad days, but “for the most part I feel good.”

Turk said a cancer patient’s mindset can often be a critical component of their successful recovery.

“The key step is transitioning from treatment to survivorship," he said. "Having fought a life-threatening disease, she (Pistone) potentially has the strength to find enhanced meaning in her life. This courageous perspective will push back against fear and anxiety.”

As Pistone continues on her cancer recovery journey, she becomes more in touch with how to deal with things. A recent Facebook post she made puts it best:

Sometimes being strong is not about being brave and smiling all the time. Sometimes it's not about acting as if you are the happiest person in the world. Sometimes it's not about holding everything together when things around you seem challenging. Sometimes you have to humble yourself, swallow your pride, put your brave face away and break down. Hug someone that loves you as much as you love them. Have a good cry, wash your heart. If you keep it inside, it'll tear you apart. Get angry, get mad, lean on someone, talk it out.… But remember this — don't ever give up.