What keeps a 47-year veteran going strong?
By Cliff Mehrtens

Gloria Poole grew up in rural Indiana in the 1960s, where for most girls, there weren’t a lot of options after high school.

“I was too shy to be a teacher and I didn’t want to work in a factory,” she said. “I had always had a soft spot for wanting to help people. I just wanted to make a difference in some way. Nursing seemed like the best option.”

She’s been a registered nurse 47 years, including the past eight at Novant Health Kernersville Medical Center. She’s been there since it opened.

Poole’s first 20 or so years in nursing were in Arizona, where she was in close contact with Native American, Hispanic and Asian cultures. She’s also worked in Saudi Arabia (two stints covering three years), and has volunteered for nursing trips to Peru, Jamaica and Haiti. This month, she volunteered for a week in Togo, a country in West Africa. 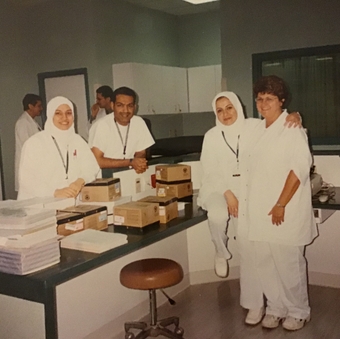 “It’s challenging because you have to broaden your horizons and learn new skills,” Poole said. ”You have to push yourself to be a better nurse, and be the very best you can.”

Poole, 67, has parlayed her exposure to other cultures with her experience, skill and passion into being “the epitome of a professional front line nurse,” wrote a co-worker who recently nominated Poole for Novant Health’s annual Remarkable Nurse Award. (She won.)

During Poole’s time in Arizona, she enjoyed hearing other nurses talking about working in the Middle East. It intrigued her. After her daughter graduated high school, Poole went to work in Saudi Arabia. It was January 2002, four months after the 9/11 terrorist attacks in the U.S.

“Uncertain times, yes,” Poole said. “I wasn’t sure what I was getting into. But I signed a contract and honored that contract.”

Poole was on a medical team that set up a pre- and post-outpatient surgical area at King Faisal Specialist Hospital in Riyadh (Saudi Arabia’s capitol).

She was the only American. Her teammates were five Jordanians, two Canadians and a Filipino. 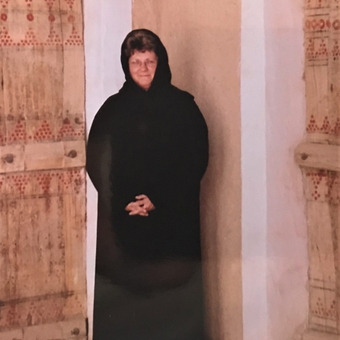 “We started from the ground up,” Poole said.  “That expanded my horizons even more because I came in contact with nurses from all over the world. I appreciated the nurses from South Korea, with their critical care experience. The United Kingdom nurses were very caring. I made lasting friends that I still keep in touch with.”

Poole said a lot has changed since she began nursing in the early 1970s. Computers weren’t common, so nurses took information by hand, sitting and talking to patients. The process is quicker these days, but the focus remains the same.

“Patients have always been the center of nursing care, Poole said. “We’ve never lost that. Nursing has expanded and I think it's going to keep growing. Nursing is going to incorporate many more aspects of health care. That’s exciting to see.”

Poole is among the 5,700 registered nurses in the healthcare system, more than 20 percent of Novant Health’s workforce.

“Gloria is all-in for patient safety, helping the team, making sure that the younger nurses are mentored, things being done correctly and the providers are happy,” Mosley said. “She’s just that all-around great nurse that you would want to have in your department.” 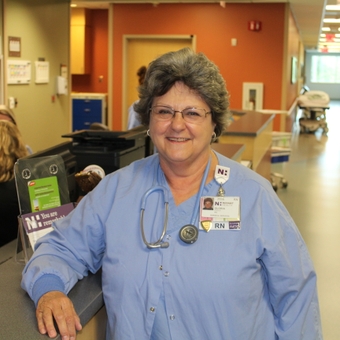 Lending a hand to teammates

Poole relaxes in her free time by cooking, making stained glass and spending time with her four grandchildren, all who live in Kernersville. Retirement isn’t high on her to-do list.

Around her younger teammates, she’s willing to share tips that 47 years of nursing bring, without being overbearing. Her best advice?

“Always, the patient is first,” she said. “Treat them with dignity, respect and connect with them. Don't get focused on all the tasks. They're important and it's part of the care. But connect with that person. They have a story. And if you can connect on some level with them, empathize with them, I think the patient has a better outcome and a better experience.”

Nurses at Novant Health are redefining healthcare, using their skills and vision to deliver a new patient experience; one that is based on care and compassion while delivering high-quality outcomes. Learn more here.