Wrist surgery gets hockey player back on the ice

Cody Oakes braced for impact because he knew what was coming. The 22-year-old hockey player found himself deep behind the enemy’s net when a defenseman checked him wrist-first into the boards. In that moment, he felt his left wrist snap and along with it, his dream to play professional hockey.

Things only got worse after he had surgery. The pain was intense and he felt his dream slipping away. Fortunately, he was then referred to hand, wrist and elbow specialist, Dr. Walter Wray, at Novant Health Orthopedic and Sports Medicine Center in Winston-Salem. Wray, and his wife, Jillian, a Novant Health occupational therapist, teamed up to help their patient return to the ice. 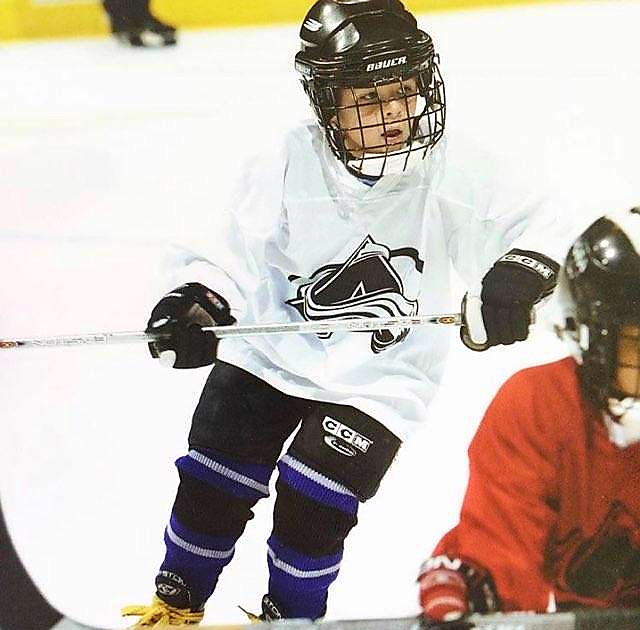 The Denver, Colorado, native started skating when was 3. His dad would give him and his older brother a token to the arcade for each lap they did around the ice rink.

“We are a hockey family,” Oakes said. “My dad was my coach growing up and my mom, although she hated the injuries, knew we loved it so she supported us.”

With unwavering devotion, Oakes played on travel teams growing up and ended up winning three national championships while he was in high school. His long-standing goal is to make it into the National Hockey League (NHL), or as Oakes puts it, “into the show.”

After a three-year stint with a junior hockey team in Superior, Colorado, Oakes and his family moved to Winston-Salem in January 2018. It was there that he attended a Carolina Thunderbirds hockey game and thought to himself, I can do this. 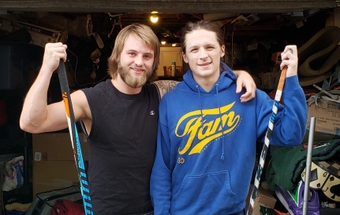 With no further encouragement needed, he and his brother, Culley, attended the Thunderbirds free agency camp. Both brothers did well, but only Oakes was selected for the opening night roster.

“It didn’t quite hit me until they called my name over the PA system and I got to skate out onto the ice for the very first time,” he said. “The place had a few thousand fans in it, but most importantly my family was there. They got to see all of the hard work pay off.”

After a few months with the Carolina Thunderbirds, Oakes signed with the Danville Dashers in Illinois, where he recorded his first career professional goal and assist.

No crying in hockey

But hockey took a toll on his body. A lingering shoulder injury caused Oakes to take a break in April 2019 to have surgery with Dr. Richard Haigler, a shoulder and sports medicine specialist at Novant Health Orthopedics and Sports Medicine in Clemmons.

“Dr. Haigler was great,” said Oakes. “He fixed my shoulder and got me back into playing shape.”

After his surgery, Oakes eased back into the sport by playing in an adult league tournament in Charlotte a few months later. That’s when the wrist-crushing hit happened. Devastated, Oakes drove home to Winston-Salem that night with a broken wrist.

“That drive gave me a lot of time to think and worry about how this injury might mean the end of my career,” he said.

A few days later, he had wrist surgery with a non-Novant Health orthopedic provider. Unfortunately, the surgery did not go as expected and only resulted in more pain.

“As a hockey player, I’m pretty tough,” he said. “I have been though a lot of injuries in my career, but after that surgery, I remember just lying on the couch crying in pain.”

‘I just want to make them proud’

Wray explained that Oakes had a distal radius fracture, or a break in the larger of the two forearm bones in his wrist. In the previous surgery that he had with an outside physician, two screws were inserted, but the fracture was not left in a good healing position. If left untreated, pain would persist and he would eventually develop arthritis as a result.

For treatment, Wray recommend a three-step revision procedure, known as an open reduction internal fixation. The goal: repair the broken wrist bone by putting it back together and then holding it in place.

First, the surgeon removed misplaced screws from the previous procedure. Then he pushed the fractured bone together through a new incision. Last, he inserted two screws and a surgical plate to secure the bone.

“Cody was a great patient,” said Wray. “It’s nice when patients have a goal of what they want to get back to in life and as a hockey player, he was willing to put in the hard work with rehab.”

Oakes said his wrist pain was completely gone after his revision surgery on July 5 at Novant Health Clemmons Medical Center. Three days later, he was referred to occupational therapy at Novant Health Rehabilitation Center in Clemmons. It was there that Wray’s wife, Jillian, an occupational therapist and certified hand specialist, helped Oakes recover the rest of the way.

Oakes has recently been cleared to return to the sport he loves. “Dr. Wray and his wife were awesome,” said Oakes. “They were both on the same page, working together to help me get back to hockey.”

“I’m more motivated now than ever before,” he said. “When I think about how hard my parents had to work to provide for our family and to get me where I am today, I just want to make them proud.”

He will aim to do that this fall when he plays for his third professional team, the Columbus River Dragons, in Georgia.

“I am a firm believer that if you truly love something, you should go after it,” he said. “I would encourage others to remain focused on what’s important to them and to prove the doubters wrong.”

Don’t let injuries stop you from participating in the sports and activities you love. Find help today at Novant Health Orthopedic and Sports Medicine.