Solving the mystery behind a young dancer’s nightmare

Samantha Carney was practicing a dance routine about five years ago when something bad happened. 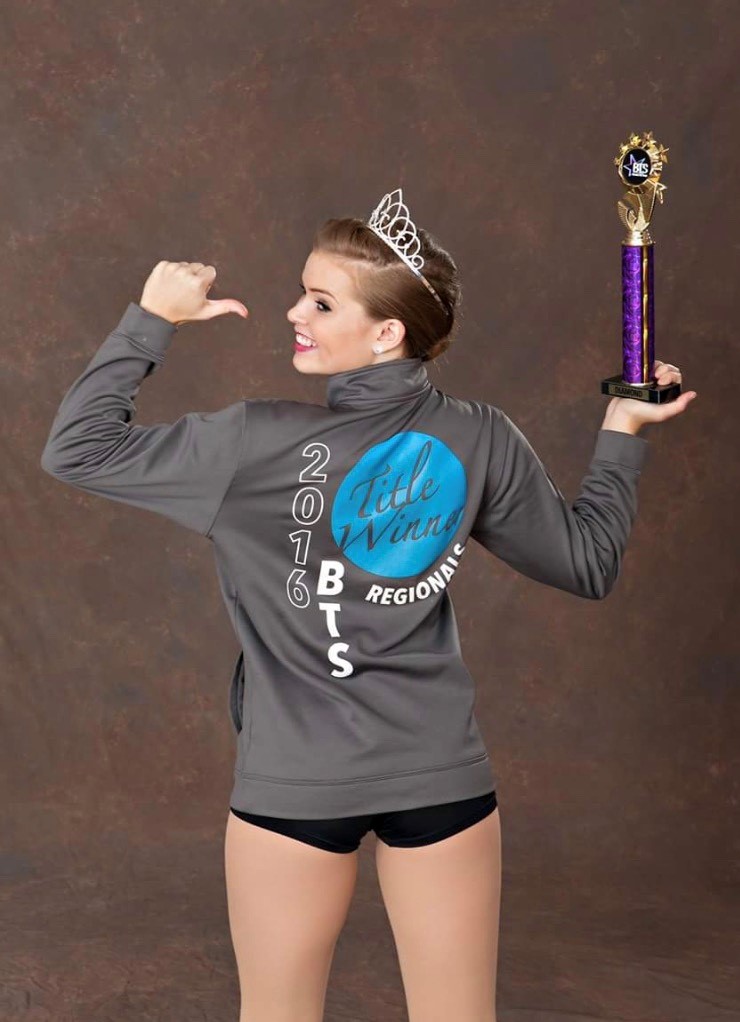 As a competitive dancer, Carney had won numerous medals and accolades. In 2016, despite her health challenges, she won first place in the regional Beyond The Stars competition. (image/ Samantha Carney)

Midroutine, her legs went numb and she fell to the floor. And in the days to come it kept happening. But only when she danced.

“I would just collapse because my legs couldn’t hold me up,” Carney, now 18, said. “I was a little girl with passion and I continued to dance, but with every step it just got harder and harder. I couldn’t walk off that stage feeling confident, energized and excited because I kept on collapsing, but no one knew why.”

After the first time she fell, Carney and her mother, Tina Pedersen, looked for answers. One doctor after another had no idea why Carney’s legs were going numb.

By sheer coincidence, Lynn Gilman, a nurse at Novant Health Heart & Vascular Institute whose child attended the same dance studio as Carney, overheard Pedersen talk about Carney’s condition and how it stumped specialist after specialist. She was worried, frustrated and sad that her daughter might have to give up dancing altogether.

Gilman had a suspicion of the cause, whipped out her phone, started typing and then handed her device to Pedersen who read the following words: popliteal artery entrapment syndrome.

And Gilman recommended a doctor she thought could diagnose it. And cure it. 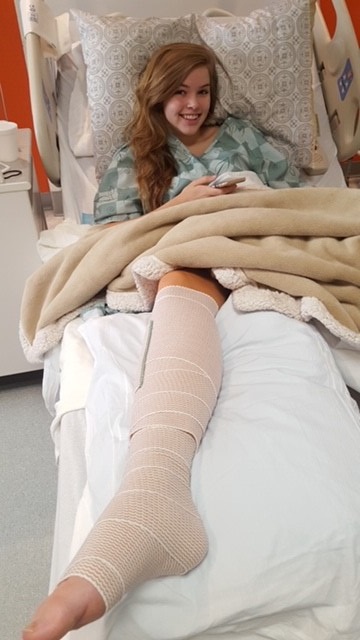 Carney at the hospital after her first surgery. (image/Samantha Carney)

Some people can be born with popliteal (pronounced pop-la-teel) artery entrapment syndrome and others, especially young athletes, can suddenly develop the condition if they have a muscle or tendon that restricts the blood flow of a major artery called the popliteal artery.

But taken as a whole, rare diseases are not unusual. There are as many as 7,000 conditions that are considered rare, and around 25 million to 30 million Americans are estimated to have one, according to the National Institutes of Health.

“This is a condition that is easily misdiagnosed and overlooked,” said Delgado, who treated Carney in 2016. “A key factor (for recovery) is identifying and diagnosing it properly.”

Had Carney not received a diagnosis on time, she may have faced serious complications. In some extreme cases, patients are known to have had a below-the-knee amputation.

Delgado created a roadmap for treatment that involved several surgeries to improve blood flow to the legs.

After undergoing several surgeries and months of physical therapy, Carney was ready to hit the dance floor in 2017. In June, she returned for her first recital.

“It was the best feeling in the world to stand on the stage as long as I could,” said Carney. “It’s the feeling you get when you’re put down so many times and finally rising above.”

She said her struggle to find the correct diagnosis gave her perspective. The more she struggled to gain better understanding of her condition, the more she realized how much patients with rare conditions need to advocate for themselves.

“I would tell people with rare diseases the same thing: Don’t give up. Don’t let someone make you feel like you’re crazy. Persevere and get that second opinion,” said Carney.

Fast forward to today, Carney, now a senior at a high school in Myrtle Beach, South Carolina, said she plans to live out her lifelong dream of pursuing a career in professional dancing. She’s teaching other students how to dance during her time off at school and hopes to join a cruise where she can dance city to city around the world.

Ultimately, she said, she is glad that a lucky series of events helped her get the diagnosis she needed. “I couldn’t imagine a life without dancing, and today there’s so much for me to look forward to,” she said. “The fight was worth it.”

Healthy Headlines writer Jennifer Meadows contributed to this story. This story was the basis for a Novant Health TV commercial that aired in spring, 2019.

Instantly book the care you need in seconds. NovantHealth.org/booknow