Patient and her doctor make ‘cancer-crushing’ climb up Mount Kilimanjaro

Calling attention to a quest to raise awareness around HPV-related cancers, and help for East Africa
By Carole Tanzer Miller

A mission inspired by Sarah Nielsen’s recovery from her second brush with cancer in three years, the climb raised close to $12,000 to outfit a clinic where women in a remote region of Tanzania can be screened and treated for cancers of the reproductive system, like Nielsen’s own.

After battling two HPV-caused cancers and planning a grand adventure to celebrate, Nielsen made a grim discovery. While prevention has significantly curbed cervical cancer in the U.S., Tanzania, her destination, has among the world’s highest rates of the disease. Even more sobering: Eight of 10 Tanzanian women with Nielsen’s initial diagnosis die. 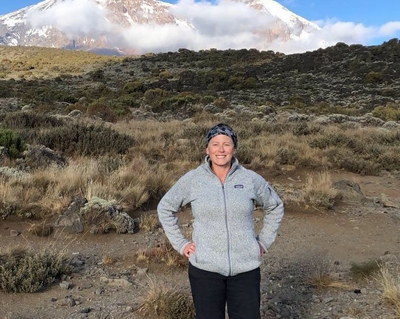 "Nobody wanted to go with me — imagine that — on a two-week, no-bathroom, no-shower kind of adventure," Sarah Nielsen recalled with a laugh.

"There was no way that I could climb that mountain, come and go as a tourist, and not do everything I could to try to help the women in that community," she wrote in a commentary for CureCervicalCancer.org, a partner in the 2018 climb.

How it all began

Nielsen’s journey began soon after she became a mother for the third time. She was 34. After what was supposed to be a routine postpartum follow-up with her Virginia doctor, the phone rang. Her Pap test had found abnormal cells on her cervix.

It was a jolt. Her family had no history of cervical cancer. Though Nielsen had smoked, doubling her odds for developing the disease, she had no other risk factors — except one: HPV.

"I was mortified," she recalled of learning she was among the 80 million Americans with the virus.

While nearly all men and women get HPV at some point in their lives, most never know they’ve been infected, and the virus clears on its own. For others, like Nielsen, HPV persists, wreaking havoc years, and even decades, later.

After a series of procedures failed to eradicate the harmful cells on her cervix, doctors performed a hysterectomy, and Nielsen and her family moved to North Carolina confident that the threat of cancer was behind them.

But, three years later, Nielsen began to bleed — spots at first, then heavier. She made an appointment at Novant Health’s Kernersville office with Dr. Elizabeth Skinner, a gynecologic oncologist.

Skinner assured Nielsen that the mass she found hadn’t been left behind by her former doctors. This was a brand-new cancer — and it was caused by HPV. Nielsen had two months of chemotherapy to shrink the tumor, followed by external and internal radiation before finally being declared cancer-free.

She was ready to shout it from a mountaintop.

Comprehensive care that puts you and family first

An avid hiker with a passion for adventure and a longtime dream of visiting Africa, Nielsen set her sights on the 19,431-foot summit of Mount Kilimanjaro and began a search for travel buddies.

"Nobody wanted to go with me — imagine that — on a two-week, no-bathroom, no-shower kind of adventure," she recalled with a laugh.

But Skinner left an opening when Nielsen mentioned the trek: "You really should take your whole medical team," Skinner joked. "That’s the whole idea," Nielsen shot back. 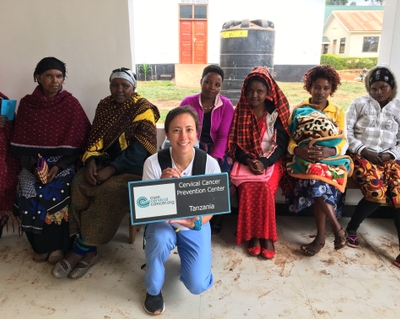 The clinic funded by the Kilimanjaro Cancer Crushers serves women who hail from a wide swath of remote Tanzania near Moshi — many of whom are aging and getting screened for the first time.

Eventually, Nielsen would assemble a team of eight, including Skinner, and give the group a memorable moniker: Kilimanjaro Cancer Crushers.

Together, they spent eight months getting ready for a seven-day ascent that would culminate with an all-night climb to the top. They hiked together, camped together, and worked out in an environmental chamber at High Point University, where Nielsen is an associate professor of human relations. Adjustable oxygen levels in the chamber simulated conditions they could expect during the climb, helping reduce their risk for altitude sickness.

All the while, Nielsen used social media and crowdfunding to call attention to their quest and to raise awareness about HPV-related cancers.

By the time they headed to Africa in July 2018, the team had surpassed the $10,000 needed to open a "see and treat" clinic through the California-based nonprofit CureCervicalCancer.org. Its "clinic in a suitcase" includes all the equipment health care workers in developing nations need to screen and treat women for pre-cancerous lesions.

The clinic funded by the Kilimanjaro Cancer Crushers serves women who hail from a wide swath of remote Tanzania near Moshi — many of whom are aging and getting screened for the first time.

"The vast majority of the 500,000 women diagnosed with cervical cancer every year live in resource-poor countries," Nielsen wrote on Facebook. "This means that a cancer that is nearly 100% preventable is still the leading cause of death in these countries. The nearest clinics may be hundreds of miles away and many medical professionals are not trained nor do they have the equipment to treat cancer early and quickly, which can mean the difference between life and death." 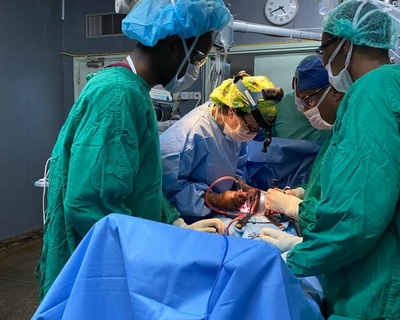 It was the prospect of turning back cervical cancer in the eastern African nation that prompted Skinner to sign on to the climb. But that visit only whetted her appetite for more. She’s been back to Tanzania three times since the first trip and has forged an ongoing partnership with Kilimanjaro Christian Medical Centre, a tertiary care hospital in Moshi that cares for women with more advanced disease.

Through the partnership, Skinner has worked alongside attending surgeons and residents — and during the pandemic, she has offered advice and teaching via video, as well. She and Nielsen are eager to continue their overseas outreach once COVID-19 travel restrictions lift.

For now, they want to remind women — and men — that cancers caused by HPV are almost 100% preventable with regular screening exams and vaccination. This year alone, nearly 15,000 cases of invasive cervical cancer will be diagnosed in the U.S., and an estimated 4,290 women will die, according to the American Cancer Society.

That’s why the U.S. Centers for Disease Control and Prevention recommends the Gardasil 9 vaccine for girls and boys at 11 and 12 years of age, though it can be given through age 45, Skinner said. And, Nielsen advised, listen to your body. If you have unusual bleeding or discharge, pain or unexplained symptoms, seeing your doctor can change your life.

It did that for Sarah Nielsen, whose cancer journey took her and her doctor to Kilimanjaro and back. For both, it forged a lasting bond.

"It’s the kind of relationship you always want to have, I think, with your doctor — and I’m just fortunate enough to say I do," Nielsen said. 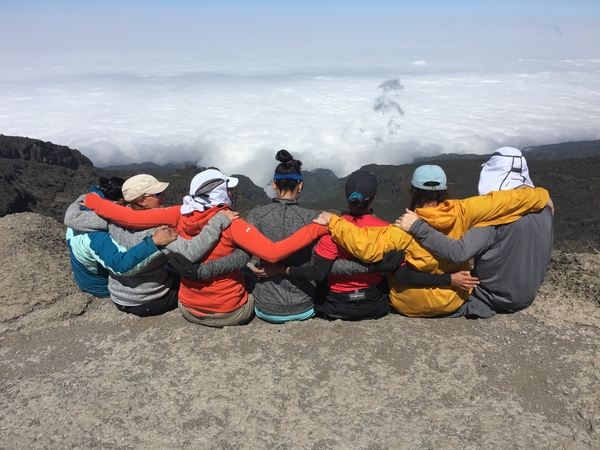 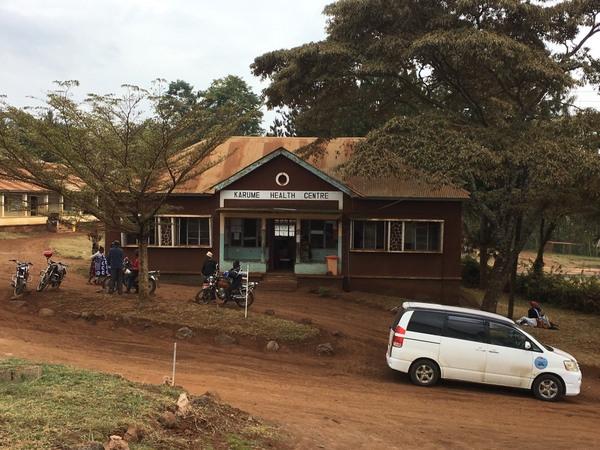 It’s time to end the silence around gynecologic cancer

12 tests every woman needs in her 40s