My triplets didn’t read my birth plan: Lessons from an ob-gyn mom

Planning is a great idea...just be ready for an adjustment or two. Or three.
By Dr. Hillary Robinowitz-Elins

In the interest of full disclosure, I will admit to being a Type A personality (control freak) who sincerely believed that I could do anything if I just persevered. I was a full believer that when I was ready, I would have children – and with good planning and organization it would go smoothly. (If you read that last statement, and you have children, you are laughing at my innocence.)

Second part of full-disclosure: I am an ob-gyn physician and have seen all sides of pregnancy and childbirth, so I wasn’t ignorant to the process. I really believed I could control this journey for myself. Again, if you have children, you are snickering now.

I first really saw the birth plan in action when I began my time as an attending physician in the Air Force. I found these statements of female power to range from straightforward outlines of the individual’s expectations to novels describing every detail. My favorite included the time of day the baby should be born and then held up “Lion King”-style at time of delivery.

All right, my inner-control-freak said, I will research the birth plan and formulate the right direction for myself. I found out birth plans started as a way to help fathers become familiar with the process, as they had been relegated to the waiting room with cigars for years. Birth plans were never intended to become a directive for delivery, but here I was, and I was pretty excited to let my control-freak flag fly.

Just to be clear, I was thinking about this before I was actually pregnant, so I would be prepared. My plan was pretty simple. It included who I wanted in the room, from team members to family. I was clear that while I would like to go with as little intervention as possible, I realized I would probably have to be induced due to pre-existing medical conditions. If I needed the epidural I would decide the time and who placed it. Have you noticed all the “I’s” yet? I was clearly running this show, like a little pregnant dictator who wasn’t even pregnant.

I secretly dreamed about this well-controlled, seamless event that I have seen many mothers under my care perform with grace. Funny, I forgot at the time those mothers didn’t seem to have birth plans. Oh well, I was ready. 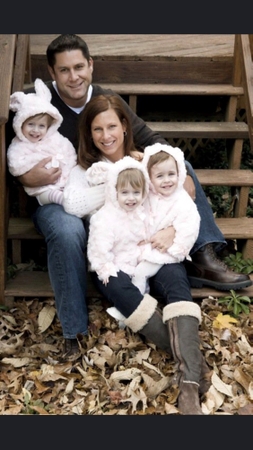 Time to get pregnant and wouldn’t you know, it wasn’t as easy as planned. My control freak managed to sort it out without IVF or interventions. I was still en route to my perfect birth plan. Until I went to my first ultrasound. Cue dramatic music.

The poor young woman who was my ultrasound tech is probably still deaf today from hearing my insane scream – complete with new forms of profanity. I made her get the radiologist, and then I screamed,  “Is this (profanity mentioned above) triplets?!”

The truth of the matter was, I saw all my dreams of birth plans and a perfect pregnancy flying away. I had somehow forgotten that I wasn’t going to be in control of any part of this, because the person in charge – or in my case people in charge – didn’t read birth plans.

The best birth plan ever written

I don’t think I realized until many months after my babies’ birth how little control I had about their entrance into this world. While their birth is another story altogether, the experience helped me realize there is no perfect birth plan. All of us who have the privilege of helping women in such an extraordinary moment want one plan to work: Healthy Mom/Healthy baby … or, in my case, babies. Please feel free to write a plan, but be prepared to just save as a memento for your baby book – something you truly can control!

Dr. Hillary Robinowitz-Elins is a physician at Novant Health Harbor Pointe OB/GYN-Huntersville. An earlier version of this column was first written and posted on another health system site in 2016. The author is still in shock over having triplets 10 years ago.

Podcast: 5 ways having a baby has changed for the better

True or false? Debunking the 9 most common pregnancy myths