Looking back on a WWII moment brings coronavirus to mind

Today, we're in the middle of a different kind of war
By Dr. Stephen Ezzo

Dr. Stephen J. Ezzo is a pediatrician at Novant Health Matthews Children’s Clinic  and immediate past president of the Mecklenburg County Medical Society.

This past month marked the 75th anniversary of Elbe Day. If you aren’t aware of what it commemorates, that’s OK. On April 25, 1945, a small group of US soldiers crossed the Elbe River in Germany to reconnoiter with Russian forces. This was the first direct military contact between the U.S. and Russia in World War II. The next day, April 26, the 69th Infantry Division of the First U.S. Army crossed the Elbe for a formal meeting with the Russians near the town of Torgau in Germany. This link-up of Allied forces essentially cut Germany in half. They surrendered two weeks later, ending the war in Europe. A monument to this event stands in Torgau today.

Among the soldiers in the Fighting 69th was a private from Niles, Ohio, my father, Joseph Anthony Ezzo. He was 19. Fifty years later he laid a wreath at the memorial in honor of both the dead and living from all sides of the war. His stories from both 1945 and 1995 are seared in my mind, and this anniversary was one more reason to thank him during my prayers at night. 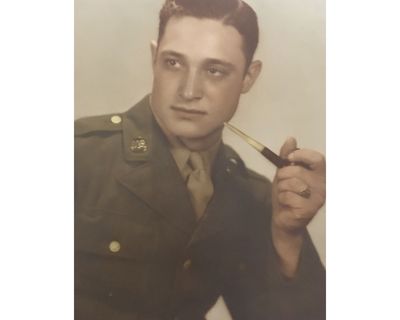 I cannot imagine being in a war, let alone at age 19. Despite its horrors, at least those brave men and women knew their enemy, and could see and hear them. The lines were drawn.

Now we are in the midst of a war, one where despite our opponent having a name, we are unable to neither see nor hear it. The invisibility only heightens the stress.

The Elbe anniversary reminds me that I have so much to be thankful for at Novant Health. For the dedication and professionalism that everyone has shown, regardless of the amount of direct patient contact they have. For everyone in the hospitals and the screening centers, who daily put themselves at greater risk. For my “adult” colleagues whose clinic patients are much more prone to COVID-19 infection than my little ones. To the leadership that has kept up with ever-changing recommendations, sorted it all out, and provided the update to keep the rest of us current. I am grateful to all. And to the patients who have willingly adapted to receiving medical care in nontraditional ways. I just hope mine don’t notice how often I touch my face during a video visit.

My parents were of the “Greatest Generation,” named so for the hardships they overcame. But I think what is overlooked at times is that the Great Depression and WWII were multigenerational battles – everyone did their part regardless of age or duty. This too is a battle that involves all of us. And we can all be heroes by doing our part.

Stay safe. Stay strong. Follow the rules, as hard as that can be. Fight the good fight. And thank you.

What if we just let kids be kids?

A doctor’s dilemma: Was another test really necessary?