Ironman, 41, turns back the clock thanks to sports performance training

Jason Oraker had a major life-changing decision to make and everyone, including himself, knew it. He was 4.

The fearful little boy watched in disbelief as his mother walked away, leaving him alone with his swim instructor on the other side of the pool. It was one of those fight or flight moments. With what felt like the whole world watching, Oraker took a leap of faith and never looked back. Today, the 41-year-old Winston-Salem attorney is now an Ironman athlete. And thanks to Matt Fortune, a sports performance trainer at Novant Health Rehabilitation Center in Winston-Salem, Oraker is in the best shape of his life and approaching personal best times from 15 years ago.

Oraker’s competitive nature started at an early age. As the youngest of three, the Colorado Springs native often watched his older brother and sister compete in school activities and sporting events.

“I wanted to follow in their footsteps,” he said. “So I joined swim team, debate team, Boy Scouts and yes, even the science fair.”

He graduated from Williams College in Massachusetts in 2000 and Yale Law School in 2003 and served as judicial clerk on the United States Court of Appeals for the Sixth Circuit in 2003 before landing at a law firm in Washington, D.C., in 2004.

“I was living the dream or at least I thought I was,” he said. But the stress and long hours were getting to him and he turned to exercise.

A collegiate swimmer, who started running in law school, Oraker bought a bike and started pedaling along the George Washington Memorial Parkway on the weekends. And, before too long, he was competing in triathlons. 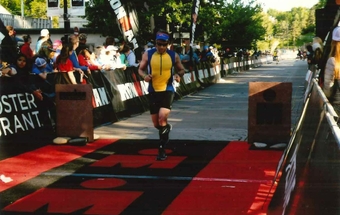 In 2008, longing to find a more fulfilling career that would allow him to work and participate in sports, he left the law firm and went back to school, earning an MBA from Northwestern University in 2010 and joining a sports marketing firm based in Winston-Salem in 2011. The company needed an attorney and the job offered a better work-life balance.

Since leaving the law firm, he has continued competing in triathlons, including some with his older brother: “I finished my ninth Ironman triathlon this summer in Boulder, Colorado, and I’m currently training for my 10th in Panama City, Florida, this November.

To help him prepare, Oraker trains with Fortune two days a week. “I quickly realized certain aspects of my training were missing,” Oraker said. “Sure, I can run till the cows come home, but I didn’t know anything about nutrition and strength training. At 41, I didn’t want to hurt myself.”

“Matt was really attentive to what my goals were as an athlete,” Oraker said. “I told him I was an endurance athlete who enjoyed triathlons and going home every summer to run Pikes Peak in Colorado. For me, it’s not about getting huge or winning, but about staying fit, participating in Ironmans and running up Pikes Peak with my brother.”

Fortune, who has a bachelor’s in athletic training and a master’s in performance psychology, approaches fitness from a quality of life perspective. “My goal,” he said, “is to help people compete for as long as they want to be able to compete for. It’s great to hit new personal records, but if your body breaks down a year later, was it worth it? I want to help all of my clients train the right way.”

That means starting with the basics. Fortune recalls that Oraker could not touch his toes when the two started to work together. Oraker had never given that any thought.

But Fortune explained that bad biomechanics, like an inability to touch one's toes, can hurt running performance. He went on to establish a personalized training regimen that included nontraditional strength training elements, such as heavy squats, to promote endurance. The goal: improve balance and prevent injuries.

“I also like to remind clients that they are responsible for the other 23 hours in the day,” Fortune said. “So in Jason’s case, we talked about the importance of nutrition and sleep.”

Oraker lost 20 pounds over the past year and is now approaching new personal best times.

“I ran to the top of Pikes Peak in August more than 30 minutes faster than most of my times over the past decade,” Oraker said. “All of a sudden the results are really starting to take shape, and at 41, I didn’t necessarily expect to be besting times I set in my late 20s and early 30s.”

Running with a purpose 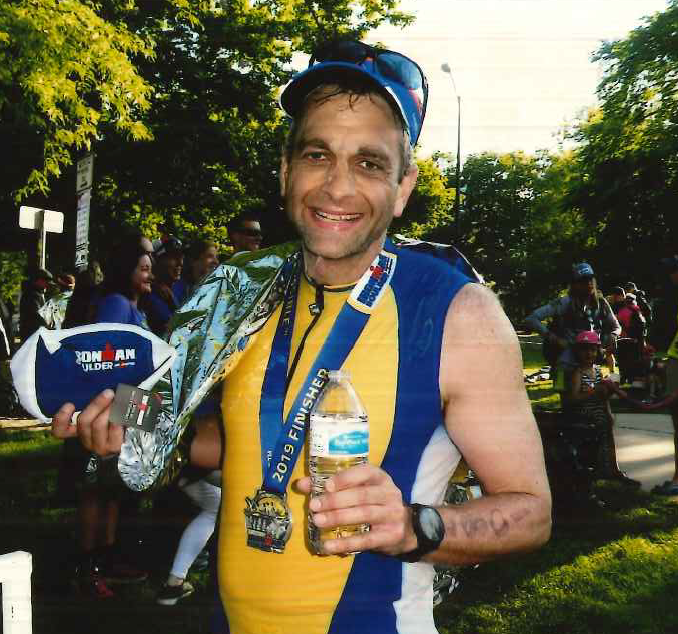 When asked why he runs, Oraker shared that it all comes down to perspective. To illustrate his point, he shared that his favorite movie is “Chariots of Fire.”

“I always go back to that part where Eric Liddell, a gold medalist in the 1924 Olympics said, ‘I believe God made me for a purpose, but he also made me fast. And when I run I feel his pleasure.’ That’s how I feel when I close a contract at work, sing in the choir at church and especially when I run.”

It doesn’t matter if you are a dedicated athlete or a weekend warrior, you can find the support you are looking for at Novant Health Sports Performance and Rehab.

Find and book the sports performance care you need in seconds