But the medical center hasn’t just been good for women. It was built largely thanks to the efforts of women.

Women currently make up 83 percent of Novant Health’s overall workforce and five members of the not-for-profit’s executive team. The impact of women in healthcare at its main Winston-Salem hospital and its predecessor facilities, in particular, started from day one.

In honor of Women’s History Month (March 1-31), we take a look at women’s vital contributions in the foundations of modern American healthcare. 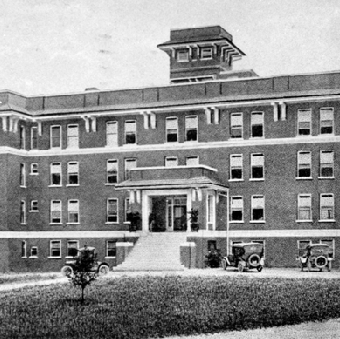 Bringing a large hospital to life

In the late 1800s, most healthcare still took place in the home and hospitals were largely reserved for wartime. But as cities grew, a need for hospitals became clearer.

In 1887, a group of local women volunteers called the Ladies Twin City Hospital Association (Winston and Salem were two distinct cities until 1913 when they became Winston-Salem) responded to that need by setting out to raise funds.

According to a 1917 article in the Twin City Sentinel newspaper, some prominent Winston and Salem women who raised funds in the hospital’s founding days included many of the same last names (Reynolds, Hanes, etc.) that many modern buildings and highways in the area today also honor. Within six months, in December 1887, this same group of several women used money saved from their household budgets to swiftly open Twin City Hospital inside the Martin Grogan home on North Liberty Street in Winston’s downtown. At the Grogan home, up to 10 patients could be hospitalized for $5 a week.

“Hospitalization in Winston-Salem began as a project of the women, by the women and for the community,” according to Winston-Salem Journal article from 1964. “It all began with a silver tea given at the home of Mrs. J.C. Buxton on Summit Street in 1887.”

Thanks to more fundraising led by the Ladies Twin City Hospital Association, a hospital was soon built from the ground up and opened debt-free in 1895 on Brookstown Avenue in downtown Winston.

The same group later opened the 90-bed City Hospital in 1914.

By 1930, City Hospital had expanded to an impressive 547 beds. Forsyth Memorial Hospital opened in 1964 on Silas Creek Parkway and the name later changed to Novant Health Forsyth Medical Center.

Leading the way through nursing 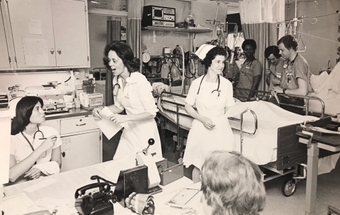 But women did much more than just raise money to get their local hospitals started. Nurses and hospital leaders (going by different names like matrons, superintendents and directors of nursing, depending on the time period) were almost all women for much of the hospital’s early history. Notably, North Carolina became the first state to have registered nurses. And early on especially, it was a very difficult job.

“In the beginning, nurses at places like Twin City Hospital would have lived and ate their meals and slept in the hospital and were on call 24 hours,” said Phoebe Pollitt, a nursing professor at Appalachian State University in Boone, North Carolina, who has published widely on nursing history.

“They likely got a half a day off for church but some had to work through church and had Sunday afternoon off instead. Their life was the hospital until shifts began to shorten in the 1930s.”

Nurses were vulnerable to health challenges, according to Pollitt. “Nursing was also a dangerous occupation in the early days without effective modern treatments taking care of deadly and contagious illnesses,” she added. “It was a very dangerous profession.” 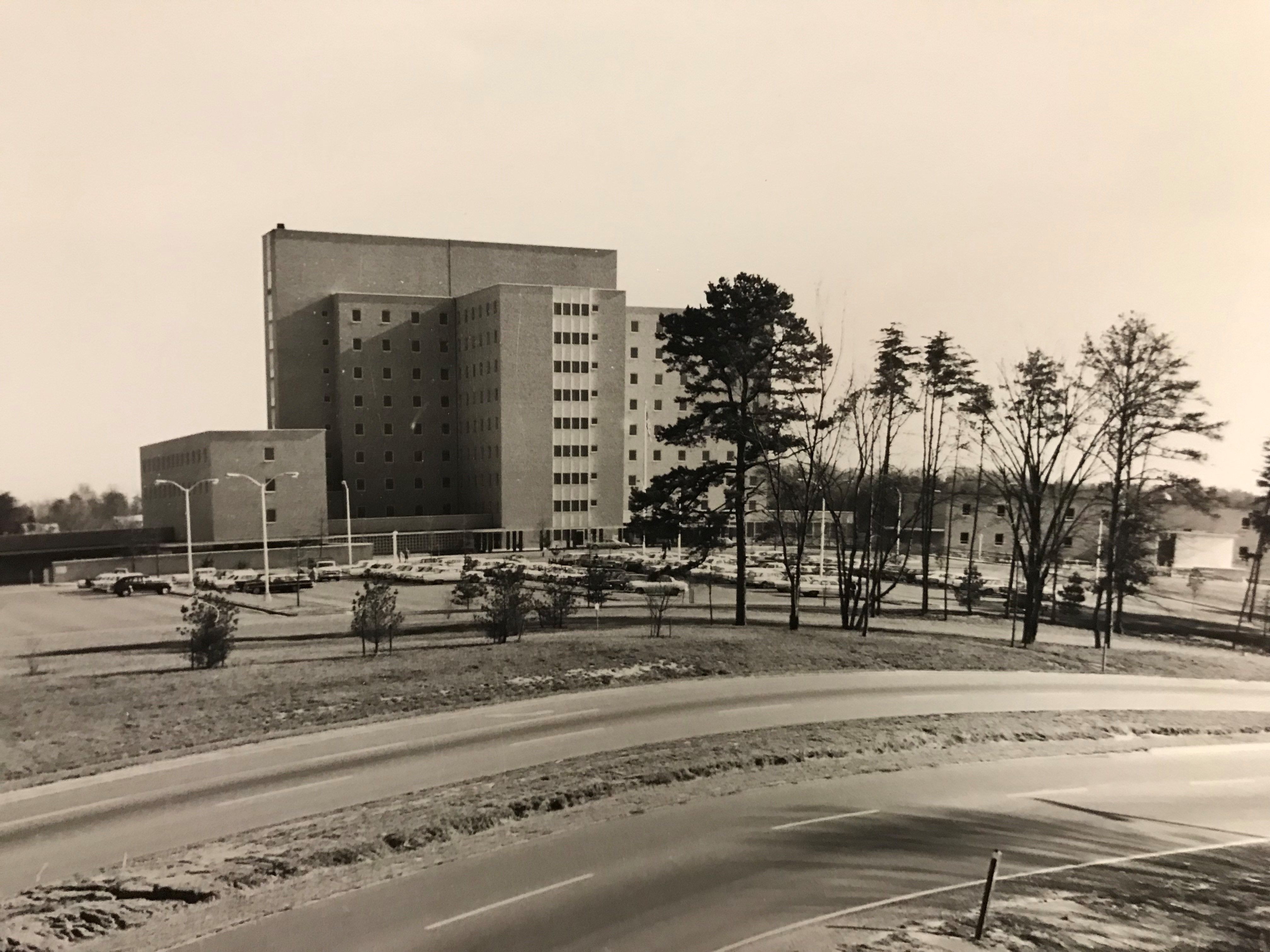 Many point to male casualties on both sides of the Civil War for why women performed most of the nursing work in early hospitals. Another reason: for decades nursing schools were housed mostly at hospitals. Students lived there and accommodations usually weren’t coed, Pollitt said.

The Ladies Twin City Hospital Association opened a nursing school in 1901 and a nursing school was connected to the hospital still in the early days of Forsyth Memorial Hospital at the current hospital site. New nurses and leaders were shaped out of the young women who came through the 3-year diploma program.

“I think the (Ladies Twin City Hospital Association) would be very proud of what the hospital is now,” Pollitt said. “Their motivation was they wanted to help people who were suffering and they wanted to help their community and build an institution with the twofold purpose of giving their own life meaning and fulfilling their religious or philanthropic motivations to help others. I’m sure they’d be very proud and amazed and would never have dreamt of what would happen. We owe them a huge debt of gratitude.”

TOP PHOTO: Nurses outside Twin City Hospital at its site on Brookstown Avenue in Winston which opened in 1895.

With the demands of juggling work and family, it can be difficult to find time to take care of yourself. That’s why Novant health is committed to making quality care accessible and convenient for women in every stage of life.