There’s good that can come from disagreements
By Yoona Ha

At some point, you’re going to have a conversation that you’ve been dreading. Think about the last time you tensed up before a meeting with someone you knew was going to be the bearer of bad news. 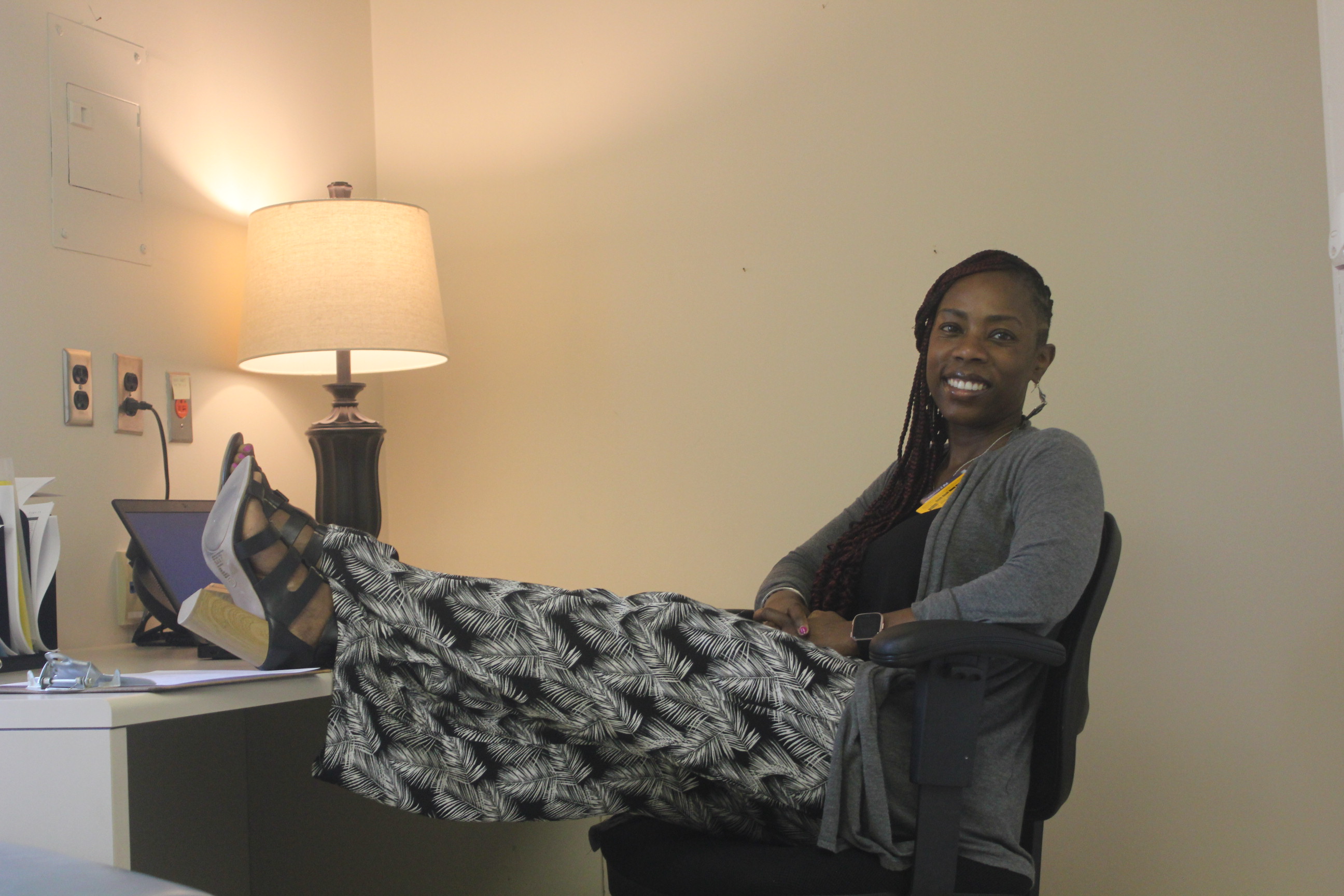 Byrd worked as a First Class Sergeant in the Army before making the career-change to clinical social work.

Gulp. And then your flight-or-fight instinct kicks in.

Many of us fall within the spectrum of dealing with conflict by confronting it head-on or avoiding it altogether, but what’s the healthy balance here?

Katrice Byrd, a licensed social worker at Novant Health Midtown Family Medicine, is often a sounding board for people who want advice on how to navigate those thorny encounters. As a former Sergeant First Class in the U.S. Army, Byrd has years of experience dealing with volatile conflicts – both physical and conversational – without losing her cool.

Over time, she learned there are behaviors within your control that can make a difference every time.

We asked Byrd what the most common types of tough conversations looked like and how she advises her clients to manage them.

Setting boundaries with everyone

Why it’s so challenging: Byrd said setting boundaries with your family and friends can be hard, especially because you can feel “indebted” to them.

“Guilt is a normal feeling you’ll have as you set boundaries,” she said. But that doesn’t mean you should avoid the issue. “Repressing your feelings can lead to irrational thoughts that can turn into irrational behavior, so avoiding your needs is not helpful in these situations.”

How to handle it: One strategy for success that Byrd turns to a lot is to practice having those difficult conversations. In this case, that could look like practicing what you want to convey in front of a mirror.

What are boundaries? They're limits where you draw the line in terms of the rules you want to live by. For example, you could have emotional boundaries, in which you decide that you’ll no longer listen to negative remarks from someone because it takes a toll on you. A conversation that sets boundaries could look like this:

“I notice that every time we talk I feel drained because you’re constantly speaking negatively of everything around you. If you continue to complain and gripe about everything, then I’ll walk away from our conversation.”

Boundary-setting conversations tend to take the structure of, “If you do X, then I’ll do Y.” You’re letting others know that their actions have consequences.

And finally, one of the most important parts about having this conversation is to let the other person know what your boundaries are and to enforce them. Get your point across. By setting boundaries you’re communicating to the other person how you will behave if they don’t respect them. It can be easy to let some instances slide, but once a boundary is broken it can be difficult to enforce it effectively in the future.

“It’s about communicating action and consequences without placing blame,” she added.

Why it’s so challenging: We all have expectations of how we would like our relationships to unfold, so it can be jarring when your expectations aren’t met.

How to handle it: By practicing acceptance first before you head into the conversation, you create a space to actively listen for what your counterpart wants from you.

Active listening is the practice of being fully present during the conversation and giving the speaker verbal and nonverbal cues that you’re engaged. Nonverbal gestures can include smiling, making eye contact and refraining from distraction. To communicate that you’re listening you can also ask clarifying questions, reflect and rephrase the points you just heard and summarizing what was said.

When you actively listen instead of thinking what you’re going to say next, it makes the other person feel heard and allows you to absorb what they’re saying and gain better understanding.

It’s impossible to practice acceptance or empathy without listening, so being fully present for the conversation is crucial, Byrd said.

“We all have these images in our mind of how we want our relationships to end up like and when it doesn’t happen the way you wanted it to, it can be a tough pill to swallow,” said Byrd. “But accepting the reality and the new terms of your relationship” can potentially help you move the relationship to a better place."

Why it’s challenging: Bringing up finances is a challenge for many people, especially because it can become an emotional subject depending on your background. That’s why it’s so important to have a strategy in hand, like all difficult conversations.

How to handle it: Start by telling them what you’re worried about. Do not start by shaming or blaming. Then get clear on what part of the problem you’re responsible for and can control.

“How we talk about money can depend a lot on our history, so if I’m working with a client who grew up in a household that mismanaged money all of the time, then guess what, it’s not surprising that he or she will want separate bank accounts even if that’s jarring to someone who wants a joint bank account,” Byrd said.

And finally, know when to take a time out or even get professional help when needed. Sometimes having a mediator frame the discussion can be incredibly helpful, especially when you seem to be going nowhere in the conversation.

“I’ve found that money problems can be a sign of other issues going on the relationship, such as a lack of trust that you need to address as well,” Byrd said.

So when is it a good time to seek a third opinion in the form of a licensed therapist?

“When it starts to affect your daily functioning,” said Byrd. “Taking care of your mental health shouldn’t be a side note – it’s a part of the whole picture.”

The art of saying 'no' and why you should learn it

Why Novant Health screens all patients for depression