Every day in America, some 230 Americans with diabetes will suffer an amputation because of the disease. That’s more than nine every hour, 24 hours a day.

Chances are four times more likely that the patient will be black. And in early 2016, Calvin Salley’s number came up.

He hobbled into a podiatrist’s office with his right leg swollen from toes to hip – the pain was killing him. “Mr. Salley, we’re looking at something very serious here,” the doctor told him. “Ninety-five percent of the people we see like this have their foot amputated.”

He couldn’t work. He lost his job. His lost his home and all his possessions and moved in to his sister’s basement where he still lives today. “I lost everything,” he said.

He found the right surgeon. Got the right team. Prayed liked he never had before. And he started taking care of himself. Today, Salley is rebuilding his life with his one-man barbecue catering business and plotting to open a small restaurant. The white chef’s coat hanging in the cab of his pickup says it all.

“I’m walking and doing everything I want to do,” he said. “I am so blessed.” 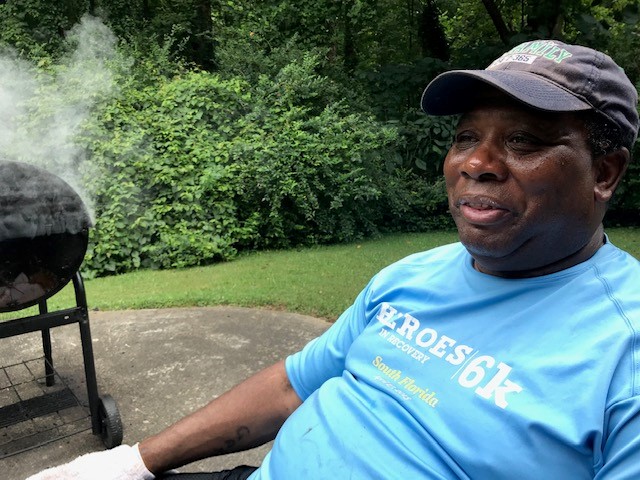 A path to Hamburger University

Salley, 63, grew up in a Winston-Salem housing project, one of six children raised by a mother who worked 2-3 jobs. He dropped out of high school in the 10th grade and said he started using and selling drugs. He would slowly straighten out by joining a YMCA drum corps band.

Then he became a drummer for a popular local funk band. He was drinking and smoking up a storm at a gig in South Carolina one night but couldn't get high. He took it as a sign from God that it was time to stop. He quit the band, moved back in with his mother and started reading the Bible. He joined his uncle’s church and was born again. He started selling insurance and then took a night job at a McDonald’s to help out a friend.

He was such a natural that he went to McDonald’s Hamburger University in Chicago and settled on a career in fast food management. The work ethic he built in the grind of fast-food would arm him well for the coming health battle.

At 27 he was diagnosed with Type 2 diabetes, a disorder resulting from the body's inability to properly use insulin. It’s one of the most devastating public health problems in the US today. More than 30 million Americans have diabetes, a disease often linked to a poor lifestyle. Another 84 million have prediabetes and could get the disease within five years.

Over the decades, Salley would get control of his diet and then slack off in the face of a demanding work schedule that included lots of travel. In February of 2016, he was managing a chicken tenders restaurant in Winston-Salem when he felt a sharp pain in his right foot. He shrugged it off as a routine injury from unloading a truck, and just waited for it to get better. 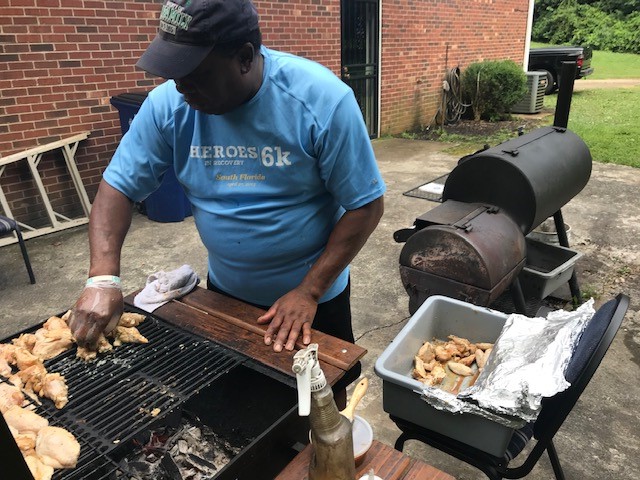 He did nothing. It didn’t get better. And it’s a mistake that costs tens of thousands of American their limbs every year.

Novant Health foot and ankle surgeon Dr. Timothy Vogler understands Type 2 diabetes. He has it himself.

The high blood sugar that comes with the disease can lead to neuropathy, or damaged nerves that normally alert us to a small injury, he said. In medical terms, they’re often called diabetic foot ulcers. Over time, walking with nerve damage can make an injury far worse, but patients often carry on oblivious because they can’t feel the pain. (Vogler said he once had a patient play an entire round of golf with a golf ball in his shoe because he couldn’t detect it.)

Infection can spread, and if unchecked, becomes so bad the limb must be removed before it spreads and kills you. Often, by the time a patient arrives at a doctor or hospital, it’s too late to save the foot.

"We tell people: You can pay attention and manage this disease or it will manage you. It will cost your limbs, eyesight and eventually kill you,” said Vogler, who treats patients at Novant Health Foot and Ankle - Westgate. In many ways, he added, diabetes is like cancer because it attacks so many parts of the body. And in some cases, the mortality rate is worse.

"It’s a horrible disease and we're in the throes of an absolute epidemic in the United States," Vogler said. “And as Western food and lifestyle is spreading, diabetes is spreading to the rest of the world.”

Three surgeries to save a limb

One form of diabetic injury comes through a weakening of the bones that becomes so profound that the foot eventually collapses, known as Charcot foot. (Pronounced shar-CO.) And that was condition Salley had after being referred to Vogler in April of 2016 by the podiatrist who said he’d probably lose his foot.

Vogler said Charcot is tricky to diagnose because it’s a master of disguise. The symptoms of a hot, swollen, red foot are often diagnosed as more routine conditions.

He performed three surgeries to save the foot. The first removed the infection and dead tissue. The second cut out bony projections from the Charcot conditions. The third made tiny incisions in three different points on his Achilles tendon that “lengthens” the tendon and reduces pressure on the foot when walking. When they were completed, Salley had a better gait and foot biomechanics that also keep the problem from reoccurring.

In March of 2017, he got Salley into a specialized Charcot shoe that lets patients walk while keeping pressure off the foot and allowing it to heal. (Family and friends rallied to cover the $2,000 cost.)

Salley’s case was a success in large part to the team of doctors and other providers who managed his treatment as part of the limb preservation program directed by Vogler at Forsyth Medical center. 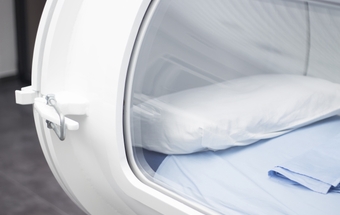 The program brings doctors and other providers from across several specialties, including vascular surgeons, podiatrists, infection specialists and others, said Dr. Errol Britto, lead clinician and medical director for Novant Wound Care and Hyperbaric Medicine.

Hyperbaric medicine – in which patients are treated in an oxygen-rich chamber that promotes healing – is often part of the treatment as well, he noted. Physical therapy can also be vital.

“You need expertise in a vast number of areas on many of these cases, no one person can understand it all,” Britto said. “That’s why we bring everyone together and that’s how we make a difference in their care.”

Diabetes educators also help the patients understand they play a key role in their own recovery. If they don’t permanently embrace healthy lifestyle changes they’ll only get sick again. That’s another reason Salley’s case worked out.

Salley, who did lose a toe from one complication, will have neuropathy for the rest of his life and will need regular exams. He’ll need to monitor his condition daily and, Vogler said, check his shoes every time he puts them on to make sure there’s no foreign objects that can introduce a tiny wound that would start the catastrophic process all over again. 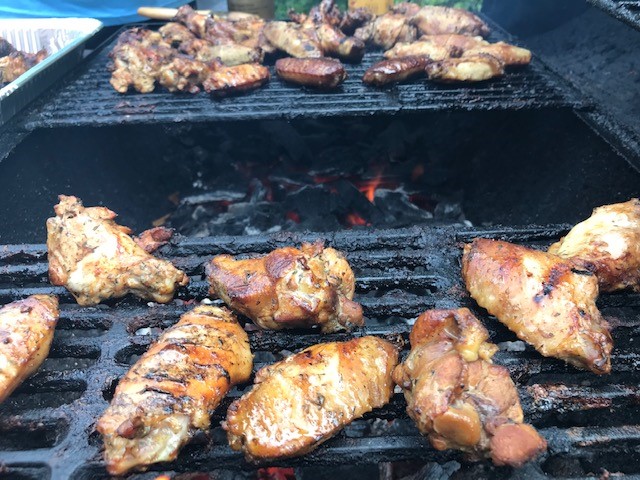 Even with all the support, Salley said, it was still a tough climb back. He hated giving in to the realization he had to accept help from others. He feel like he let his daughter down. “I’d never been in this situation before,” he said. “I’d sit there and wonder, was it going to get even worse?”

He also credits Vogler, along with some divine intervention, for saving his foot…and his life. “He’s the best doctor I’ve ever met. He’s my friend.” At one moment, the two had an exchange and Salley remembers thinking, “Oh Lord, I know this is you!”

Sally said others with diabetes can learn from his experience of changing lifestyle and embracing diet and exercise. He’s cooking ribs, brisket and pulled pork for others, but sticking with salmon and salads himself.

Vogler said other patients should take note of Salley’s story. He said fatigue and frustration can be big impediments for patients beaten down by life and their illness. But if they listen to their doctors, there is hope.

Just look at Calvin Salley hustling to fill yet another foil pan with smoked chicken wings and hauling them to yet another party in his white jacket. He recently returned from a cross-country trip checking out top barbecue spots and is determined to get that restaurant going.

If you’ve been diagnosed with prediabetes or feel that you may have symptoms for type 2 diabetes, let the experts at Novant Health help you get an accurate diagnosis and get you back to better health.

How a woman with type 2 diabetes got a second chance