After decades of drug use, she got the treatment she needed
By Yoona Ha

Getting hooked on opioids was not a part of Starla Hawkins’ plan.

But after a lifetime of substance misuse and difficult life circumstances, Hawkins had a dependency she couldn't shake. She first overdosed in September 2016. “I was trying not to feel anything,” said Hawkins, now 45. “I was young and didn’t know how to deal with my emotions and (had) used drugs since I was 12.”

A few days later, she overdosed again and was admitted to Novant Health Forsyth Medical Center where her mother, worried but fed up, delivered an ultimatum.

Unless she got treatment for her substance use disorder she was not to return home. 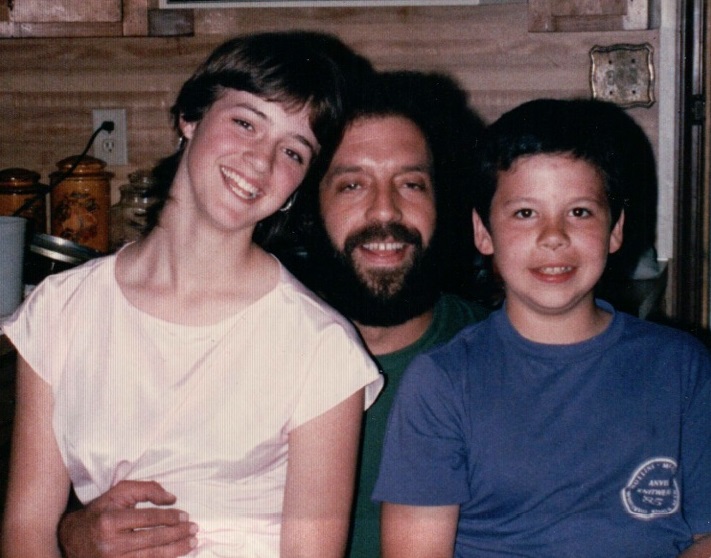 Since she was young, Hawkins knew that she connected well with others and looked for ways to maintain connections with those around her.

“I wasn’t perfect, but my mother loved me and was always there for me and she finally said, ‘No more.’” Hawkins recalled.

There was a sense of urgency in Hawkins who knew she had to break her habit. But she didn’t know how.

She tried going cold turkey, but that didn’t work, to no one’s surprise. Studies have shown that your brain changes from chronic opioid use. It becomes a vicious cycle in which your brain’s satisfaction and reward mechanisms flip and you end up wanting more but getting less pleasure from it.

For Hawkins this is a familiar cycle: she’d try to quit but was so dependent she’d become physically and emotionally sick when she experienced withdrawal. When her brain screamed for more, Hawkins did what millions have done in the wake of the epidemic: she gave in.

It cost her everything. At one point she lost her job, her home, friends and family. It lead to an infected abscess in her spine that required surgery.

“I was like ‘What am I doing to my body?’ but I felt like I was not in my right mind,” Hawkins said.

Rewiring the mind and soul

Drug dependency doesn’t have to last a lifetime. That was the hope Hawkins had when she agreed to get recovery and counseling treatment at Novant Health Psychiatry – Forsyth.

Not everyone responds to treatment in the same way, so Dr. Derek Ayers, a psychiatrist at Novant Health Forsyth Medical Center, wanted to make sure that she received the medical standard of care that made the brain’s recovery possible. He also wanted to dig in deeper and help Hawkins address some of her underlying issues like anxiety and depression. The goal was always to create a recovery plan that she could stick to.

“The opioid crisis was becoming a national crisis early on in my career and what struck me was the stigma and lack of resources for those who couldn’t speak up for themselves and get the help they needed,” said Ayers. “That’s a negative feedback loop and disparity in access and treatment that needs to be addressed.”

Not long ago, the surgeon general revealed that only 29 percent of those with opioid addictions actually receive treatment at a specialty treatment facility.

And that’s the gap that Ayers is trying to close. He developed a pilot program for a counseling recovery service for those who have been to rehab or Novant Health’s intensive outpatient program for substance misuse.

“We try to capture patients at risk or already with addiction early on and recommend solutions before it turns into an emergency situation,” Ayers said. “But the key is to meet patients where they are to truly help them recover.”

It was Hawkins’ first time in rehab when she showed up to Novant Health’s intensive outpatient program in October 2016. She liked that it focused on self-acceptance, something Hawkins had struggled with most of her life. 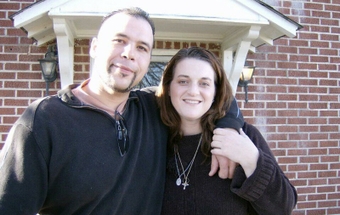 Hawkins with her brother who passed away several years ago.

“As I was going through the program I kept on asking myself, ‘Was I really even alive in this world?’” Hawkins said. “I could hardly participate in group therapy without tearing up, but I felt myself being more open, like growing up suddenly all at once.”

"She found a switch'

Traci Whitworth is one of many Novant Health therapists at who see the aftermath of the opioid crisis on a daily basis.

Often, these patients come into the treatment program at Forsyth Medical Center after dealing with what may be a humiliating or dark moment in their lives, Whitworth said. “Starla started out barely being able to finish a sentence without crying.”

But Hawkins stuck with it, gradually warming to the program and continuing treatment.

“It’s like she found a switch in her mind that she could flip from being a victim of her circumstances to a survivor,” Whitworth said.

Hawkins was ready to rebuild her life. She got a job as a pizza maker as she continued treatment and went back to school to pursue her new dream of becoming an addiction peer support specialist.

“I’ve always been a person people had no problem talking to, coming up to share their life stories with me,” said Hawkins. “Now I want to give other people hope and opportunity.”

She also spends more time with her family and children. Rebuilding trust isn’t easy and she knows some hurts won’t go away anytime soon.

“With addiction you deal with your problem every day. You have to continue making the right choices, I want to be there for my children. My youngest is just 11 – I want to see her grow up,” Hawkins said. “I know if I go back to drugs, I’ll never see that happen.”

If you know someone who would benefit from our recovery and counseling program at Novant Health Psychiatry - Forsyth, call 336-718-3550

How one man fought his way out of opioid misuse