Last year, Hurricane Florence slammed into the North Carolina coast and slowly wreaked havoc by dumping as many as 30 inches of rain. While it hit as a Category 1, the record-breaking flooding and storm surge of 9 to 13 feet left devastating damage.

Though most of Brunswick County evacuated, a committed group of Novant Health Brunswick Medical Center team members stayed behind to run the hospital.

“Preparedness is an everyday occurrence,” said Mike Jackson, manager of emergency management at Brunswick Medical Center. “Being along the coast, hurricanes are a big factor we have to prepare for.”

The hospital partners with local county emergency management agencies as well as multiple coalitions to fully prepare and plan for any hurricane landfall.

“As soon as a hurricane is projected to hit the coast, we make sure to start having conversations with our team members,” said Shelbourn Stevens, president of Brunswick Medical Center. “But we also remind them they need to have plans at home for their families.”

Four days before landfall, the hospital’s administration and emergency management teams work with the National Weather Service (NWS). Partnering with them is integral on staying up-to-date on meteorologists’ forecasts on the potential impact of the storm.

Hospital team members spanning various departments are divided up into three teams: pre-storm preparedness, during the storm and post-recovery.

The emergency management team works with local agencies to order tankers of water and fuel to last one week.

Two to three days before impact, the hospital continues its calls with the NWS and local emergency management services. At this point the hospital determines whether to close outpatient services and possibly move some hospital patients.

Depending on the level of impact, patients stable enough are transported to hospital facilities outside the path of hurricane. 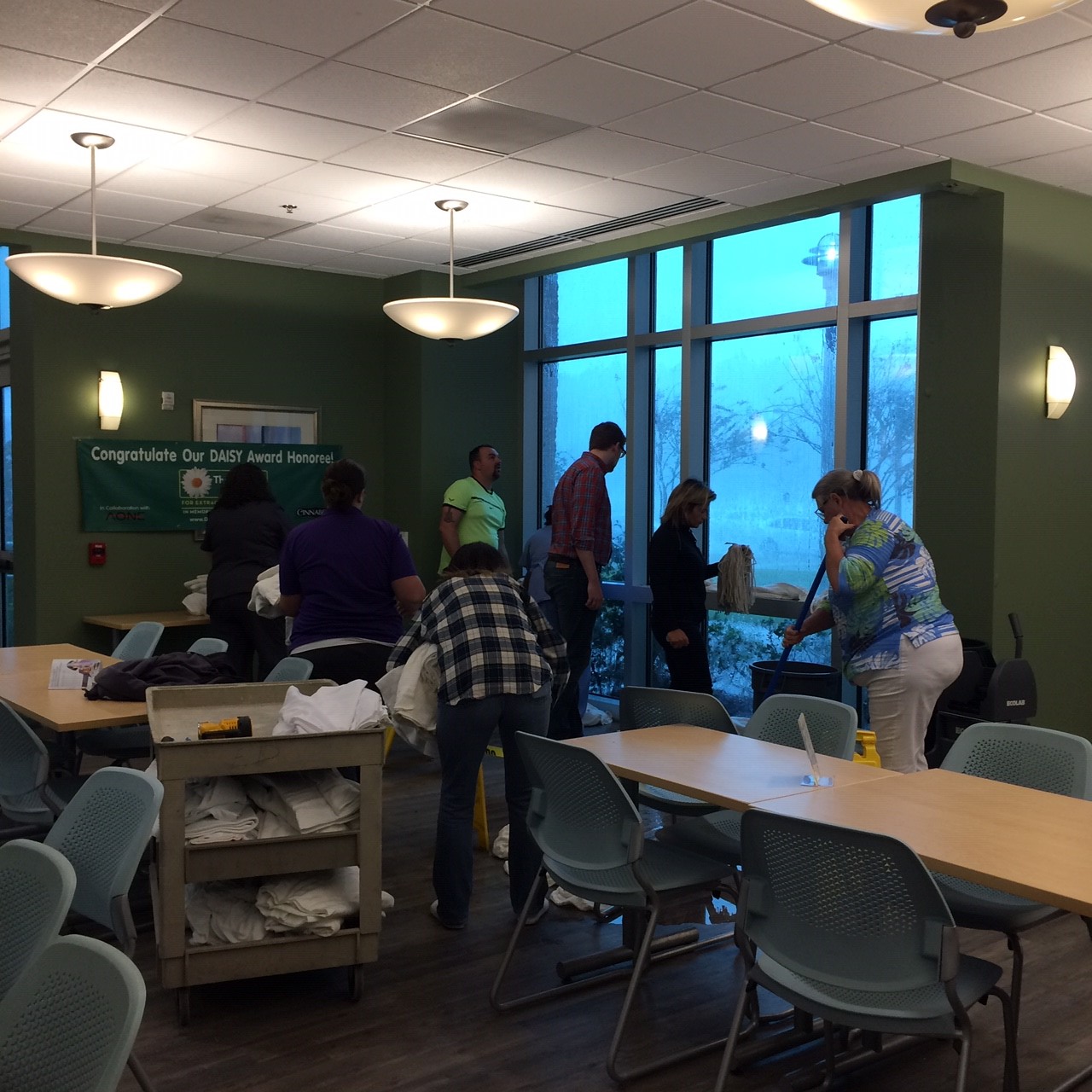 The day before impact, all emergency supplies should be on-site and in their designated spots.

Team members staffing the hospital during the hurricane are asked to secure their homes and to make arrangements for their family and pets.

Riding out the storm and floods

Some hospitals in the path of Florence closed because they weren’t built to tolerate a direct hit by a hurricane. However, the new Brunswick Medical Center that opened in 2011 was built to withstand an earthquake and Category 5 hurricane, Stevens said. 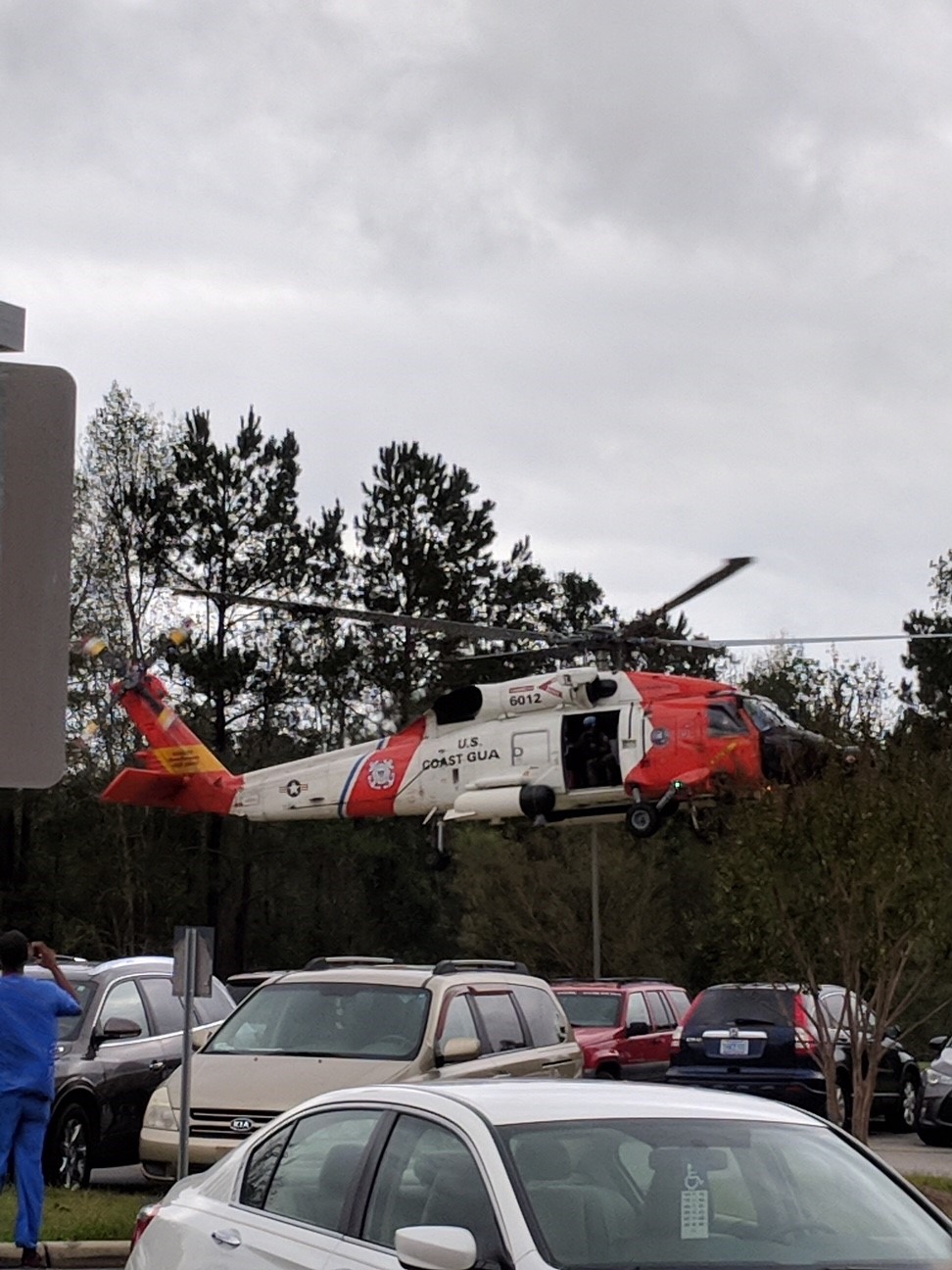 “We don’t close the hospital,” Stevens said. “Even for Category 5 hurricanes. People are going to need health care during and after the hurricane. As a not-for-profit hospital, we’re here to serve the community, especially during times like this.”

During Florence, more than 180 team members stayed behind and the facility served as a staging area for the National Guard’s high water vehicle rescues.

During the hurricane, team members bunkered down in assigned rooms while some tended to patients. Some whipped up meals and others passed around cookies and candy as a token of appreciation for their commitment.

Stevens made sure to ask team members how their family members were doing throughout the storm.

“We know it can be hard for our team members to be away from their families during a hurricane, so we do want to make sure they are checking in as much as they can,” Stevens said.

While the storm slowly inched on, flooding, rather than winds, presented the biggest challenge. 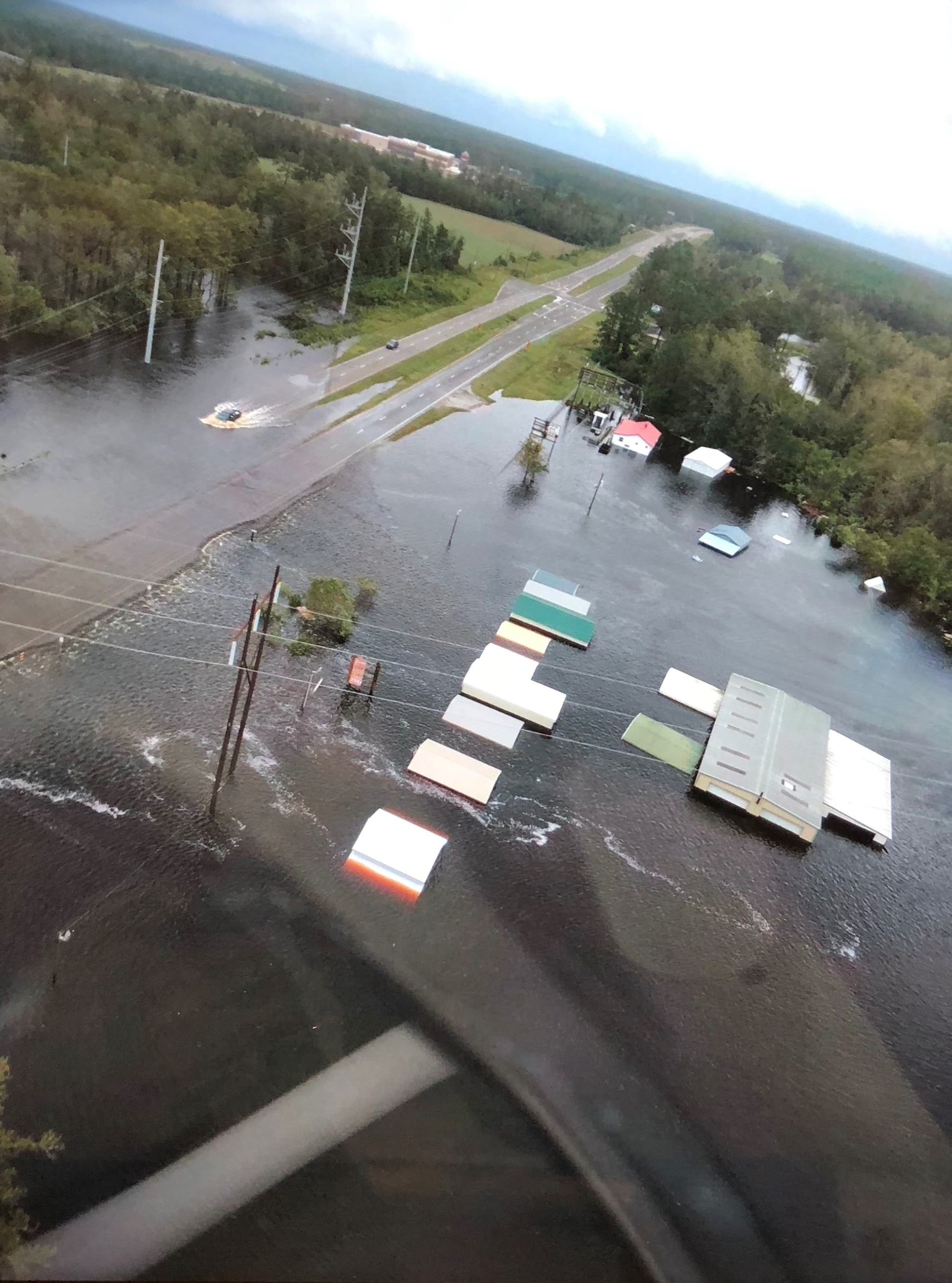 Much of the area around the hospital was completely underwater, Jackson said, and the flooding only got worse as the days followed.

Brunswick Medical Center worked with local agencies and the National Guard for any incoming patients that needed care.

Team members originally planned to stay in the hospital for three days but wound up staying six. Soon, they began to run out of clean clothes. That’s when Stevens stepped in and got a washer and dryer purchased and installed.

Although not everything went according to plan, Jackson said that’s where the learning comes in for the next hurricane.

“The main thing I learned with Florence is to double whatever you think you may need to ride out a hurricane,” Jackson said. “You’d rather have too much than need something and not have it.”

In the time of the six-days-and-seven-nights lockdown, Brunswick Medical Center showed it was prepared and kept its doors open. It’s committed to do the same for the next big hurricane.

Here’s how hospitals stay open when everyone else closes

‘We were pretty nervous’