There's something for everyone. Which is why so many people are moving here.
By Page Leggett

It’s no secret that Novant Health (and every other health system in the country) is eager to hire new nurses at all stages of their career.

In addition to a culture that puts the needs of our 8,000-plus nurses front and center, we’ve got one extra card to play that a lot of other systems don’t have: We’re based in sunny, fast-growing North Carolina, a diverse state that has lifestyles for every taste. Big city to beach, mountains to metro life, we’ve got it.

It’s the fourth-highest state by incoming migration (2021-22). More than 360,000 people moved here in 2019, according to the U.S. Census Bureau’s American Community Survey. Most of those transplants came from Virginia, Florida, South Carolina, New York and Georgia. We can see why.

Are you a nurse? Find time to chat with a Novant Health recruiter.

Reasons to move to the Tar Heel state:

The North Carolina mountains offer lots of opportunities to be active outdoors, from Murphy in the southwestern corner of the state to booming Asheville up to the college town of Boone.

Hiking, camping, fishing, tubing, rafting – North Carolinians enjoy it all. Skiing is just a few hours away from Charlotte and Winston-Salem in the mountains to the west.

The state offers more than 300 miles of beaches. The Outer Banks are famous for their wild horses – and for being first in flight. It's where Orville and Wilbur Wright flew the first airplane. 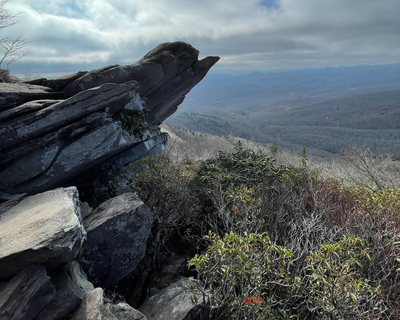 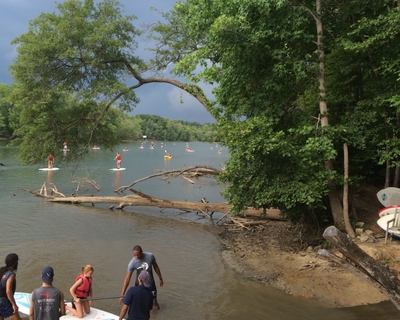 Charlotte is home to the U.S. National Whitewater Center, a premiere outdoor destination.

In Winston-Salem – home to the University of North Carolina School of the Arts – there’s the Stevens Center, downtown’s primary performance venue. Nearby Greensboro is another major concert venue.

The cultural heritage of the Wilmington area is on display at the Cape Fear Museum. Established in 1898 as the New Hanover County Museum, the center takes visitors from pre-colonization days to the present. Wilmington’s Cameron Art Museum boasts the largest collection of North Carolina art.

Charlotte (population nearly 880,000), Winston-Salem (population over 250,000) and Wilmington (population over 117,000) are all thriving urban centers with all the conveniences and culture you’d expect from that environment. Charlotte’s light-rail transit system has made it easier (and cheaper) than ever to get around the city.

If small-town living is more to your liking, you can find that in close proximity to Wilmington, Winston-Salem and Charlotte. Novant Health has hospitals and clinics in Huntersville, Matthews and Mint Hill near Charlotte; and Clemmons, Kernersville and Thomasville outside Winston-Salem. Bolivia (home of Novant Health Brunswick Medical Center) is just 30 minutes from Wilmington’s New Hanover Regional Medical Center

North Carolina is a foodie mecca. We’re famous for our barbecue (there’s both Eastern and Western style, and the rivalry is nearly as fierce as the one between Duke and Chapel Hill), and there are many fine dining options in cities and small towns. A few of our restaurants (such as Kindred near Charlotte and Leah & Louise in a newly revitalized part of Charlotte) have garnered national attention. Craft breweries are all over the state. You might be surprised to know that vineyards and wineries are, too.

Celebrity Chef Vivian Howard's Italian concept Benny's Big Time Pizzeria as well as Chef Dean Neff's Seabird are sure to delight. For the cocktail-curious, there is a bounty of trained and talented barmen and women preparing thoughtful and creative libations.

The perfect day in Winston Salem would start at the Cobblestone Farmers Market which is known for it's diverse and hyper-local selection of produce, followed by a stop at Bobby Boy Bakeshop for either a choice of absolutely indulgent pastries and homemade croissants, or a selection of sandwiches, or a high class entrement to take home for date night. You could easily stop and have a chill-axing beer at Lesser-Known Beer Company but for a more diverse selection of beers one could Radar, Incendiary, Wise Man or Foothills (and that's not even an extensive list of breweries).

If you're looking for creative cocktails or a corner to drink a fine glass of bourbon, Joyners is your spot and if you want a place to have options between cocktails or clever cups of coffee and matcha lattes - hit up Melrose Coffee.

The name of Winston-Salem’s Minor League baseball team – the Dash – honors the punctuation mark in the city’s name. Both Charlotte and the “Twin City” embrace their hometown teams.

North Carolina is also home to one of the most famous rivalries in all of college sports. Duke and UNC Chapel Hill are fierce opponents – especially during basketball season. Pick a side. It’s hard to stay neutral when it comes to college hoops in North Carolina.

Visit our careers page to learn more about the opportunities that await you.

Hiring internationally can help solve the nursing crisis. And we are.

We were traveling nurses looking for an off-ramp. We chose this hospital.

What’s a Magnet-recognized hospital? A place nurses want to work.