12 Things to expect when using an IUD

There are relatively few side effects in most cases, but they can spark lots of questions
By Katie Toussaint Thurston

IUDs are quickly growing in popularity as a form of birth control in the U.S. There are relatively few side effects in most cases, but they can spark lots of questions for women.

Dr. Alyse Kelly-Jones, the founding provider of Novant Health Women’s Sexual Health & Wellness in Charlotte, has answers. She offers consultations and treatments for sexual health as well as gynecological needs, and is a pro at bringing both sex talk and IUD information out of the closet.

The little T-shaped devices – not much bigger than a quarter – are placed in the uterus and stop sperm from reaching and fertilizing eggs. Lately, Kelly-Jones lately has been performing at least one IUD (or intrauterine device) insertion a day. “Most women are surprised by how relatively easily the insertion goes” despite some cramping and discomfort, said Dr. Alyse Kelly-Jones.

There are three hormonal IUDs that are probably used the most in her clinic: Mirena, Skyla and Kyleena. They share the same advantages: they’re 99% effective, they last three to five years and they release a tiny dose of the progestin, a synthetic form of the body’s hormone progesterone. The progestin gets absorbed by the body.

For women who don’t want hormones, the copper IUD is an option. Just make sure you talk to your doctor about the possibility of heavier periods, Kelly-Jones said.

As a gynecologist, Kelly-Jones said, “You have to set up expectations with a patient about what’s going to happen. If you don’t do that, you’re not going to have a happy IUD user.”

In that spirit, here are 12 things to expect after your hormonal IUD insertion.

You may experience moodiness, but briefly.

“When you first get an IUD, the progestin level is the highest it’s ever going to be, even though it’s lower than a birth control pill,” Kelly-Jones said. “So some people get some mood issues related to that, but that should get better.”

Inconvenient? Yes. Concerning? No. “I tell women it can be three to six months of irregular bleeding, but then I balance that with five years of not having to think about birth control,” Kelly-Jones said.

You can – and should – check your IUD placement.

This is made easy by the fact that the IUD goes into the uterus, with little strings that trail out through the cervix, at the end of the vagina. Ideally, you’ll make an appointment to see your doctor four to six weeks after insertion.

In some cases, they can drift up inside the cervix, Kelly-Jones said. That likely just means it’s going to be a bit harder to get the IUD removed.

See your doctor if: your period comes back.

“If you got to be in the Secret Club of No Period after getting your IUD, and then your period starts coming back, that’s also a time to make sure your IUD is in place,” Kelly-Jones said. “Because, what would happen if your IUD got expelled? You would start having your period again.”

A benign fibroid in the uterus, called leiomyoma, could be the cause of an expulsion, or partial expulsion.

See your doctor if: you feel new pelvic pain.

Pelvic pain and fever could point to pelvic inflammatory disease (PID), which is usually caused by sexual contact and would warrant the removal of the IUD.

“The IUD actually increases cervical mucus, which is a barrier for most of the organisms that cause PID to go inside the uterus,” Kelly-Jones said. “But any new onset pelvic pain needs to be evaluated.”

Neither a tampon nor sex should pull your IUD out. 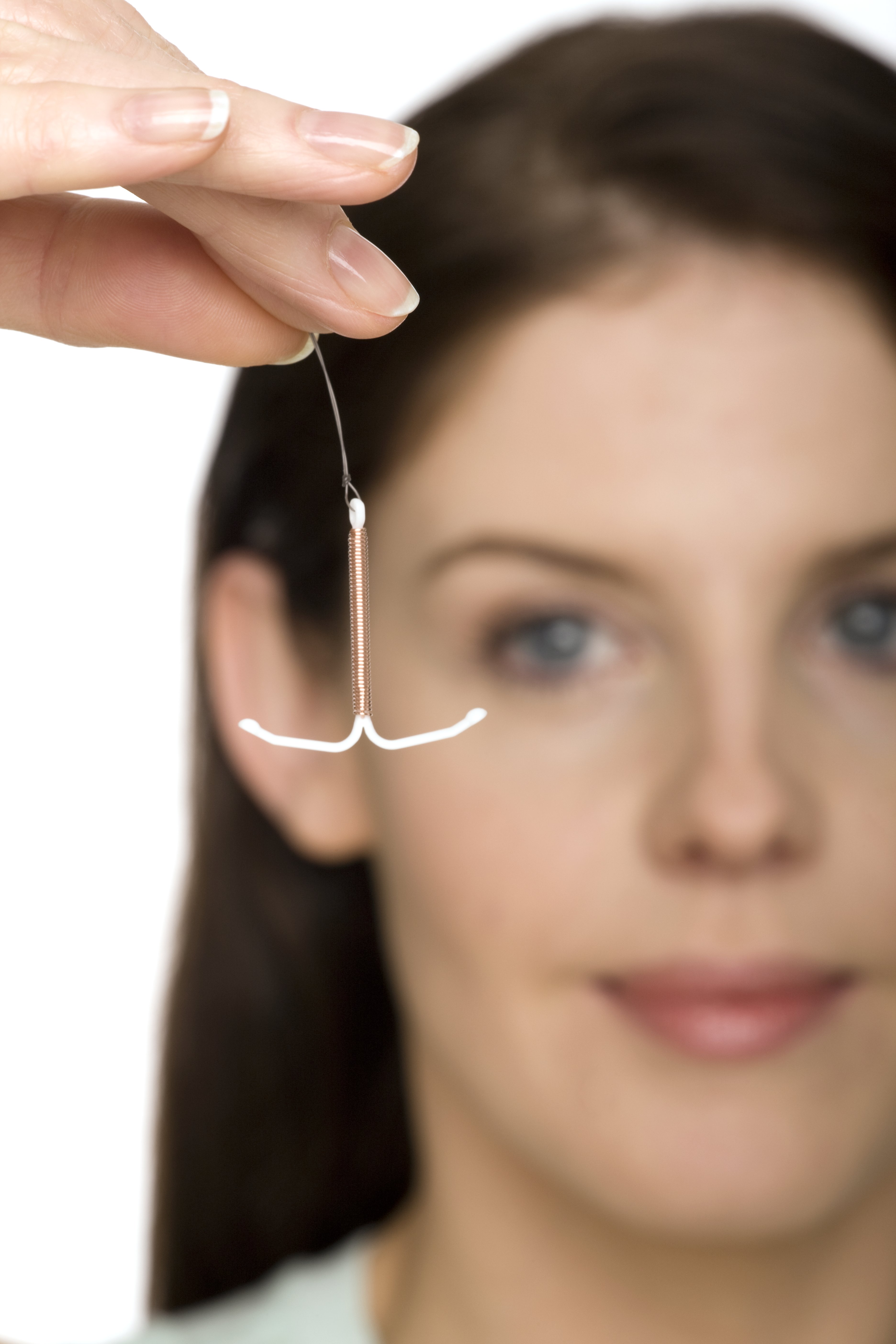 “It really requires grabbing the string with something,” Kelly-Jones said. “You have to use a special device to remove it. And it’s slippery.” It’s a common concern, she said, but it’s very uncommon for the IUD to be unintentionally displaced.

Plus, your sexual partner shouldn’t be able to feel your IUD strings.

Kelly-Jones said, “I usually tell women: Do not tell your partner you have strings hanging from your cervix. Because as soon as you tell them that, they think, ‘Oh my god, I can feel them.’ It’s very unlikely that they will feel them, and if they do, usually we just trim the string a little bit and they’re fine.”

Don’t blame your IUD for your acne flare-up.

“Nope, it didn’t cause the acne,” Kelly-Jones said. “Your combined oral contraceptive, your estrogen plus progestin, that reduced your acne. Now you stopped that, and so now your acne is back to normal. If you’re happy with your IUD, see a dermatologist about controlling your acne.”

It’s worth noting that cysts aren’t uncommon and can form as a result of menstrual cycles. They usually don’t need to be treated, unless you experience symptoms like pelvic pain, vomiting and fever.

Your pregnancy isn’t necessarily endangered if you get pregnant.

Sure, you opted for the IUD to avoid this, but it can happen (rarely). So, what happens if you get pregnant with an IUD? While you are at risk for ectopic pregnancy, when the fertilized egg grows outside the uterus, it’s not necessarily the outcome.

For next steps, Kelly-Jones said, “I would take the IUD out, and then I would follow that patient carefully with ultrasounds and symptoms. She could go on to carry a normal pregnancy.”

You can get multiple IUDs, safely, over your lifetime.

Which doesn’t mean you should get one, get it removed after a few months, then get another one when you’re ready again.

It won’t wreak havoc on your body, but, Kelly-Jones said, “People change their mind all the time, but I have the conversation about it being a financial commitment on somebody’s level and you should be aware of that. It’s a cost to the health care system, which then increases health care costs.”

It’s a commitment. But now you know what to expect – and why it might be right for you.

Questions to ask your gynecologist in every decade