City of High Point athlete Megan Zimlich was gambling with high hopes and adrenaline as she approached the runway. The 28-year-old elite pole vaulter knew she was taking a risk by ignoring the throbbing pain in her right foot.

But after driving from North Carolina to Arkansas in February to compete at her alma mater in a professional track and field competition, it was a risk she was willing to take.

Moments later, she hit her stride with maximum velocity before planting her pole in the box and propelling herself 4.30 meters (more than 14 feet) over the crossbar and into a third-place finish. While she was pleased with the outcome, her pain only intensified on her long drive back home. And with her next goal set on competing in the fast-approaching 2021 Olympics, she knew it was finally time to address her injury.

Zimlich’s valuable training time was running out. But Dr. Snow Daws, at Novant Health Orthopedics & Sports Medicine - Greensboro, understood the stakes. As a former collegiate athlete herself, Daws quickly identified the problem – a fracture in Zimlich’s heel bone – and performed the corrective surgery less than 24 hours later, effectively setting the stage for a quick recovery and return to competition.

The setback ultimately caused Zimlich to skip the Olympic trials this year, but she said the experience gave her a new perspective on life that she’s using to inspire others. 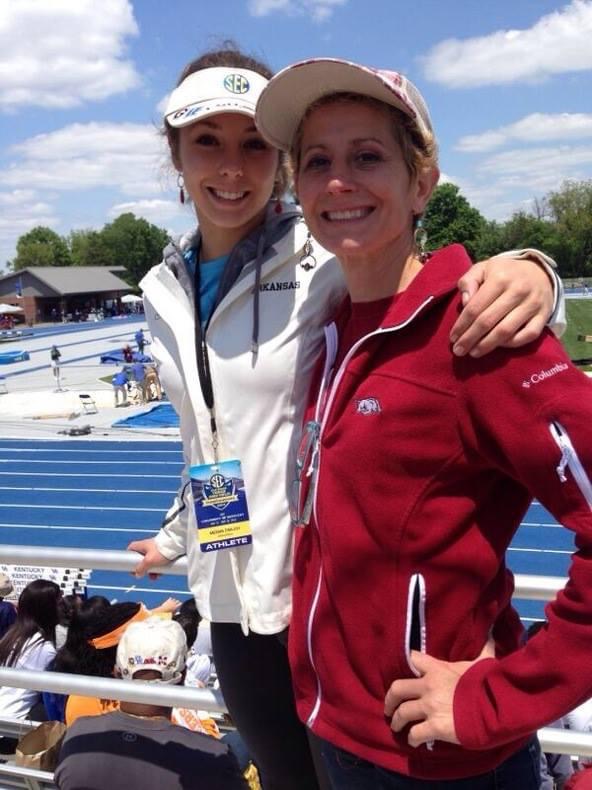 The Louisville, Kentucky, native has always been disciplined. As a child doing gymnastics, she often spent four hours a day practicing at the gym after school before going home for dinner, homework and sleep.

Her parents were supportive, and her mother, a former gymnast herself, was proud to serve as her daughter’s unofficial coach. At Ballard High School in Louisville, Zimlich switched to pole vaulting and would often drive two-and-a-half hours away to Evansville, Indiana, to practice.

“It was not always easy to find places to practice pole vaulting,” she said. “Mom and I spent a lot of time in the car together, and while I thought I knew it all at the time as a teenager, I always appreciated her support and input.”

Zimlich went on to earn many victories in high school, including the pole vault title at the Kentucky state championship for her division. She was also the valedictorian for her senior class.

When it came time to apply for college, her top concern was finding a school with a strong pole-vaulting program. And so, when the University of Arkansas offered her a scholarship, she jumped at the chance.

“My motive for going there was to learn from a strong coach and to be surrounded by girls that were better than me,” she said. “Having good facilities that were within walking distance was also a nice change.”

As a student-athlete, she continued to do well in competition and went on to double major in marketing and supply chain management before earning her master’s degree in business in 2016.

Find an orthopedic doctor near you

As fate would have it, she would also meet her future husband, Scott, at a pole-vaulting competition in Henderson, Kentucky, in 2015. Scott, a former University of North Carolina at Chapel Hill pole vaulter, was also competing at the event. Today, they both work and train together as coaches at Vaulthouse, a local pole-vaulting gym. Zimlich also serves as a volunteer coach for the track-and-field team at High Point University.

“Scott and I have a special relationship,” she said. “I don’t know how else to describe it, but it’s a deeper level of love when you get to share your dream and passion with your significant other.”

Chasing her best self

So it was even more devastating for Zimlich to finally admit that she needed to temporarily stop competing and seek help from Daws for her foot injury earlier this year. 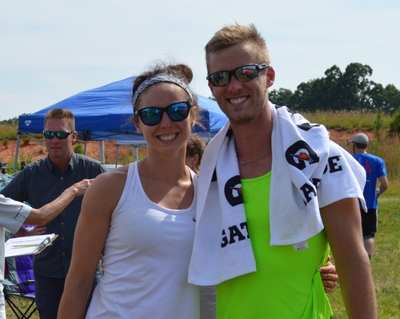 Megan and Scott share a passion for pole vaulting.

An MRI revealed that she had a fractured calcaneus, a small break in the front of her heel bone. Daws explained that she could try continue to compete through the pain, but surgery would eventually be required.

Zimlich opted to go ahead and have the outpatient surgery the following day at Novant Health Kernersville Medical Center. The relatively rare procedure required Daws to make a three-centimeter incision on the side of her heel before carefully removing the broken bone. The procedure lasted less than 45 minutes, and Zimlich was up and walking immediately.

Unlike traditional fractures for larger joints, which typically require a detailed rehabilitation plan over several months, Daws explained that Zimlich’s break was so small that she could start training again within a few weeks.

“Dr. Daws gave me every opportunity to still compete,” Zimlich said. “But it took me quite a few tears to finally realize that I still wouldn’t be able to rehab and get back up to competitive form in time for the (Olympic) trials.”

“As athletes, we grade ourselves in how we are performing,” she said. “But this experience helped me to see the big picture. Instead of always trying to beat the person beside me, I’ve learned that it’s a lot more important to simply chase the best version of myself in sports and in life.”

Finding balance and joy in the process is a lesson she’s been trying to teach her students as a coach, while also shifting gears herself to start training for the 2024 Olympics.

“Pole vaulting is a lot like life,” she said. “It can be scary at times when you pick up a bigger pole or move to a longer run. But I’ve learned that you have to face your fears head-on. If you’re not confident in pole vaulting, it usually doesn’t end well. And I’ve found the same is true for life.”

Why a psychologist plays a key role in treating fracture patients

Sports injury? Here’s why orthopedic sports medicine might be your best call