After four doctors and a visit to the emergency room on Christmas Eve, Melody Hodge couldn’t get any answers, or relief, for her heavy bleeding and painful cramps.

Then Hodge, 42, was referred to Dr. Jed Schortz, minimally invasive gynecological surgeon of Novant Health Pelvic Health Center in Winston-Salem, North Carolina. She lives in Mountain City, Tennessee, 100 miles away. But she needed relief, so she got in her car.

This much she knew: She had patches of endometriosis. This had been an inadvertent discovery during an emergency appendectomy at 23.

Endometriosis is a severe and painful gynecologic condition that occurs when tissue similar to the endometrium (the lining of the uterus) grows on areas outside the uterus. Most often, endometriosis is found on the ovaries, fallopian tubes, tissues that hold the uterus in place, outer surface of the uterus, bowels or bladder.

An estimated 6.5 million women in the United States suffer from endometriosis. The number could be even greater because the condition is often dismissed as common period pains.

While the pain from her appendix became a distant memory, her extremely painful period cramps and heavy menstrual bleeding moved into the forefront in the years after.

Hodge went through years of hormonal treatments and acupuncture that provided no relief.

‘Someone that truly listened’

Two years ago, it started affecting her daily life. She struggled to find a provider who both listened and knew how to help. The registered nurse had to leave her own health care system because they did not have a specialist like Schortz.

“Dr. Schortz was the only person that sat in the room and spent time with me to actually let me explain what was going on,” Hodge said. “I found someone that truly listened.”

For Hodge, she felt her pain was often dismissed. Schortz said that’s not uncommon for women suffering from endometriosis.

“A lot of patients start to think that there must be something wrong with them because they keep complaining about the pain, but nobody is really seeing or finding anything,” Schortz said. “I try to reassure them that they aren’t feeling something that’s not there. It’s just a question of finding out what it is and how we best manage it.”

After listening to Hodge’s symptoms and hearing about her history of endometriosis, Schortz was able to pinpoint the problem immediately.

As part of Hodge’s preparation for her hysterectomy, Schortz started her working with pelvic floor physical therapy. That would help relax her pelvic muscles that tightened up from years of extreme chronic pain, causing a pelvic floor dysfunction. Schortz explained he was able to detect this on her exam.

Hodge would continue pelvic physical therapy and exercises after her surgery.

In minimally invasive robotic-assisted laparoscopic surgery, the surgeon uses a small incision through the patient’s navel and three or four additional small incisions for instruments.

When Schortz performed the procedure, he also removed endometriosis spots.

With traditional open hysterectomy surgery, the procedure requires a 3- to 4-inch incision.

The much smaller incisions used in minimally invasive surgery make for a much quicker recovery and less risks of infections, bleeding and complications after surgery. It also means patients only stay in the hospital one night or in some cases go home the same day. 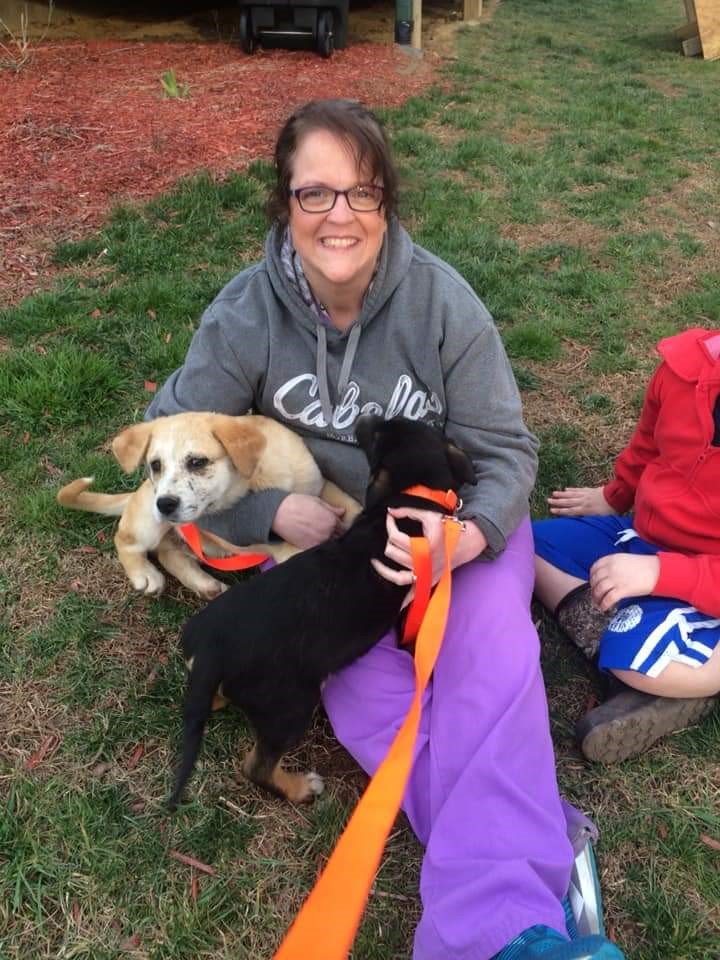 Compared to the traditional hysterectomy where recovery can take six to eight weeks if not longer, Schortz tells patients they will feel about 70% to 90% better within the first two weeks following surgery. But it can differ from patient to patient.

Hodge was back at work in two weeks.

“I took two weeks off work,” she said, “but I couldn’t even tell I had surgery after one week of being at home.”

While she was nervous to venture outside of her own health care system, Hodge says she “never felt so cared for” while at Novant Health Forsyth Medical Center. From the people in the lab to the cafeteria, nurses to the anesthesiologists, Hodge said “everyone made such an effort to check in” on her and how she was doing.

“Dr. Schortz has been a godsend,” Hodge said. “I would recommend him to everyone because, just like he did with me, he will listen and make sure you get better.”

If you think you may have endometriosis or want to discuss your symptoms with a doctor, schedule an appointment today with an ob-gyn.

Painful period? It could be endometriosis.