My dad was a doctor. So am I. Here’s what he taught me.

It has been a year now since my father, Joseph Ezzo, a physician, passed away. Not a day goes by when I don’t think about him. He continues to make periodic cameo appearances in my dreams, a reassuring figure observing the action. What I wouldn’t give to once again sit on the dock with him in the shimmering Florida heat, where if we kept our voices low enough one of the white herons would alight on the railing to join us. And, of course, tee it up for one final round.

Comparing oneself to their parent is a dicey proposition as best, especially when you’ve chosen the same profession. The times and circumstances are vastly different, not to mention the lenses through which you view them at various moments in your life. I long ago realized that any type of comparison was not fair to either of us. 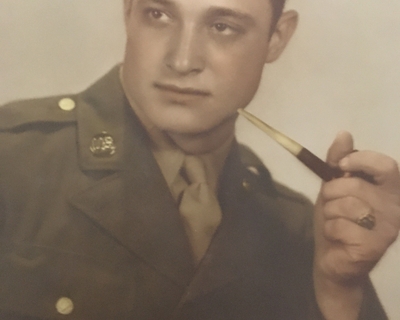 Dad was raised during the Depression, enlisted in the Army at age 18, fought two years in Europe, helped liberate the continent and its concentration camps, all before turning 20. When I was that age my biggest concern was getting a date for the weekend.

After med school and residency, he moved his family 1,000 miles from St. Louis to St. Petersburg in Florida, hung up a shingle and practiced alone for 40 years. Oh, and was married to Mom for 70 years and raised six kids, paying for their education, often through grad school.

Despite our different upbringing and life experiences, we shared the common bond of medicine. I attended the same medical school 30 years after him, sitting in the same classrooms and training at the same hospitals. I used to tell him I saw the children of the patients he cared for when he was there. One of my favorite stories was while at one reunion, the class a few years behind Dad was celebrating theirs. Several of them had him as their senior resident and recognized my name. I got to hear over and over again what a “tough guy (they used more colorful language) your dad was.” After they were done harassing me, they all said the same thing: “But, boy, he taught us a lot.”

He taught me a lot, too, and not just the basics like taking a history and performing an exam, reading X-rays and blood smears. He taught what it means to be a physician, how to do the job day in and out, to go beyond the knowledge obtained in my training. All of these I carry with me to this day. Here are some of my favorites.

Not a day will go by where you are not stumped by a case. How true, even after 30 years. Sometimes I hazard an educated guess, sometimes I just don’t know. And I need to be secure enough to tell patients I don’t know. He taught me that, too.

There is no illness, that in your effort to cure, you cannot make worse. A sobering thought, but a reminder that sometimes all our best efforts go awry, even when we are doing the correct thing. For me it allows a little pause to reflect and make sure what I am doing is how I want to proceed.

This is your generation’s fault. This was a running joke among Dad, my physician wife and me for decades. We used to blame the state of medicine on his generation allowing the government to become too involved. He would counter by blaming our generation and the increasing role big corporations had. Either way, the point was to advocate for our patients and protect our relationship with them. Now I carry on a similar argument with radiologist niece.

Decisions are going to be made, so you better be there. When I was considering paring back my clinic schedule to take on a bigger administrative role with Novant Health, I asked Dad if I was in some way abandoning my patients. He reminded me that these decisions were about patient care and the direction taken in the future. If doctors weren’t at the table, he said, they had no one to blame but themselves if they disagreed down the road. While his answer didn’t surprise me – Dad had a serious altruistic streak – I did recall how several of his decisions when in positions of authority angered his colleagues and drove him from that role. In the end, that wasn’t enough to deter me.

No matter how well prepared you are, there will be somebody in the room that knows more than you. This little tidbit he dropped on me a few days before I gave grand rounds as a senior resident. As if I wasn’t scared enough – back in those days pretty much all the Charlotte pediatricians attended. He was correct – one member of the audience was a national expert on the subject I spoke on. Fortunately, he was kind and encouraging afterward. To this day when giving a presentation, I scan the room and think, “OK, who present can school me on this topic?’”

Your misses should always be on the high side of the hole. Oops, sorry, that was a golf tip he gave me! Nonetheless, he was right, as a ball will not roll uphill.

Those types of guys weren’t around back then. In his office he had a set of dilators for treating esophageal strictures, a narrowing of the esophagus. Essentially weighted balls on a string, the patient would swallow the smallest first and then you would pull it back up via the string, stretching the width of the stricture. This would continue with increasingly larger diameter balls until the appropriate width was obtained, hopefully without a tear in the lining.

I’m pretty sure I was dumbfounded and blurted out, “Why didn’t you just send them to a GI person?” And he said, “Because those guys weren’t around back then.” It made me realize how lucky I was to have subspecialists and sub-subspecialists at my beck and call, not to mention all types of fancy lab and imaging tests to measure and view anything and everything. A lot of times his generation was driving partially blind. Yet they often drove quite well.

Never stop learning. During med school and residency, I was amazed by how often I heard about a colleague whose parents or other relatives were physicians, and how during a vacation they would “quiz” my classmate on how much they knew about medicine. There was even one who would grill any student who made the mistake of visiting. I think most students/residents are acutely aware of how little they know – they are reminded of it every day at work. Not sure how having a loved one reinforce that makes one a better physician. When I came home, Dad wanted to know what I was learning; it was one way for him to keep current. His learning never stopped – he was able to earn his cardiology fellowship back when one could self-study and pass a certifying exam. His medical journals were all over the house, which prepared me for the stacks we now have in seemingly every room.

Remember why you chose to do this. He didn’t say this very often, but usually it came in response to one of my rants about all the barriers in medicine – insurance companies, pre-authorizations, computers, medication costs, government regulations, etc. It was his way of saying what matters most is taking care of the patient, which is why we all chose medicine. Once you’re in the room alone with the patient that stuff matters less and less.

You’ll be fine. He probably said this more often than I realize, but the two times I best remember was when he dropped me off at college and again four years later at med school. Only three words, but what I heard was “I’m proud of you.” I didn’t need a whole lot more affirmation than that.

And my favorite one of all time:

You know what I love about your wife? She thinks just like me! Dad and Janice loved to talk medicine, the good points and the 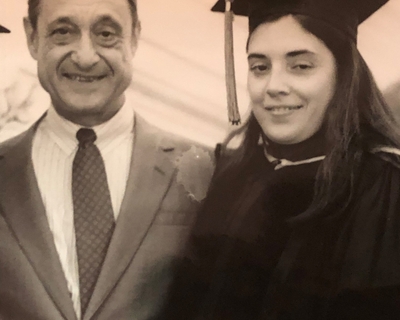 bad. With him being an internist and she a family medicine physician, they spoke a different language than pediatricians. Since I could rarely get a word in edgewise, Mom and I would usually retire to another part of the house and catch up. We knew calling them when dinner was ready was merely a suggestion. After he said this – very enthusiastically accompanied by her laughter – I had no choice but to respond: “Of course she does, that’s why I married her. I wanted someone like dear old Dad.” I’m not sure he caught the joke. But like most jokes, there is some truth there – they are a lot alike in their views of medicine, and their desire to right any wrong. And that has made losing him a little easier.

Dad, as I write this I am aware that my grief for you is lessened because you are always there with me. In how I approach patients, my mannerisms, my phrases, my deportment. A lifetime of lessons ingrained to strengthen me professionally and personally.

I know you are enjoying time with those who went too soon before you. I still have a lot of work to do here, and with your help I will. I’ll join you eventually. On the first tee.

A doctor’s dilemma: Was another test really necessary?