Man versus Flu: Guess who won?

The flu hammered me, as it does millions
By Cliff Mehrtens

It started with a tickle in the back of my throat.

Five hours later, I was driving home early from work as fever and chills engulfed me. I silently prayed for green traffic lights.

I hadn’t been diagnosed by a doctor, but I knew what was happening. I had the flu. Or rather, the flu had me.

This year’s flu is taking a toll

I joined a long list of sufferers. The Centers for Disease Control and Prevention estimates that so far this season there have been at least 22 million flu illnesses, 210,000 hospitalizations and 12,000 deaths from flu. And, that’s with roughly two more months before the flu season tapers.

By the first night, I was struggling with body aches, burning eyes, a wet cough and the realization that standing more than two minutes wasn’t beneficial. Hello blankets, goodbye appetite.

My wife, Cindy, offered salient advice. “Go see a doctor tomorrow. They can give you something to make the symptoms less severe and maybe shave a day or two off your recovery.”

My brain told me she was right. But my achy, feverish body whispered “stay on the sofa.”

On the morning of Day Two, I drove to a Novant Health GoHealth Urgent Care clinic in Charlotte. The night before, I easily saved my spot online for an appointment. I had several locations from which to choose, too.

Upon arrival, I signed in. Put on a breathing mask, the placard said, if you have a fever or cough. Four other people were seated silently. I guessed three had the flu, based on their get-me-out-of-here appearances. The fourth was there as a wheelman.

I quickly received a nostril swab, and the samples were whisked off for testing. Manuel Maldonado, a Novant Health physician assistant, examined me and we discussed my symptoms. He exited to check on the test results.

If you’ve ever had the flu, you don’t forget the force it packs. It had been 15 or so years since the last time, but I knew what the verdict would be. 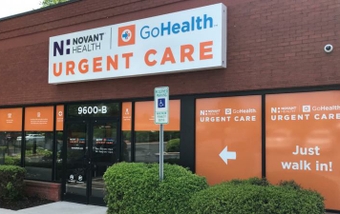 “Well, you have the flu,” Maldonado said, returning about five minutes later. We talked about medication options and I chose the antiviral drug Xofluza (pronounced “zo-flew-zuh”). One dose. Two pills. If you take it during the first 48 hours of symptoms, you can feel better in two days (instead of three or possibly four). Another option was Tamiflu, which involved more pills over more days. Some patients balk at meds, but I was grateful for the suggestion.

I was relieved to be in and out of the clinic in about 35 minutes. Returning home, Days Two and Three were mostly horizontal and filled with sleep for me. The achiness persisted and congestion in my chest settled like a brick. Several times, I woke up covered in sweat. I only rose to grab fluids from the refrigerator and go to the bathroom. I wasn’t hungry (a rarity). It’s a heck of a way to diet, but not recommended.

On Day Four, my health began to turn a corner, albeit slowly. The fever disappeared. Achiness subsided. The heavy hacking cough remained. I wolfed down scrambled eggs and toast. But the fatigue lingered. I called in another sick day at work.

Day Five was a Friday, and I decided not to push matters, personally or professionally. My co-workers certainly didn’t want to guess how contagious I might be, and another day of rest would springboard into a weekend of recovery. Two folks via email welcomed me “back among the living.” Ugh.

I caught up on emails, mixed in some laundry and tried to read a book (oops – that turned into a nap). My symptoms – except for the cough – were minor. That dose of Xofluza from Day One likely was paying off.

My cough hung around for another six days, diminishing a bit each day. The fatigue slowly improved. I’d received a flu shot in October, but I know that’s not a guarantee against every flu strain. It’s likely the vaccine lessened the harshness of my symptoms.

I also realize I could get the flu again this season. But let’s not go there. Once every decade or so is enough for me.

I was an ICU nurse a year out of school. Then came COVID.

Bruce Willis has aphasia. What it is and how it affects the brain.

11 Things to know before you schedule a vasectomy

He went from planning his funeral to ‘doing just fine.’