Since the COVID-19 vaccination was OK’d for kids 5 and up, lots of them have lined up for a shot in the arm
By Page Leggett

Vacations to go on, grandparents to visit or simple relief that the moment has finally come. 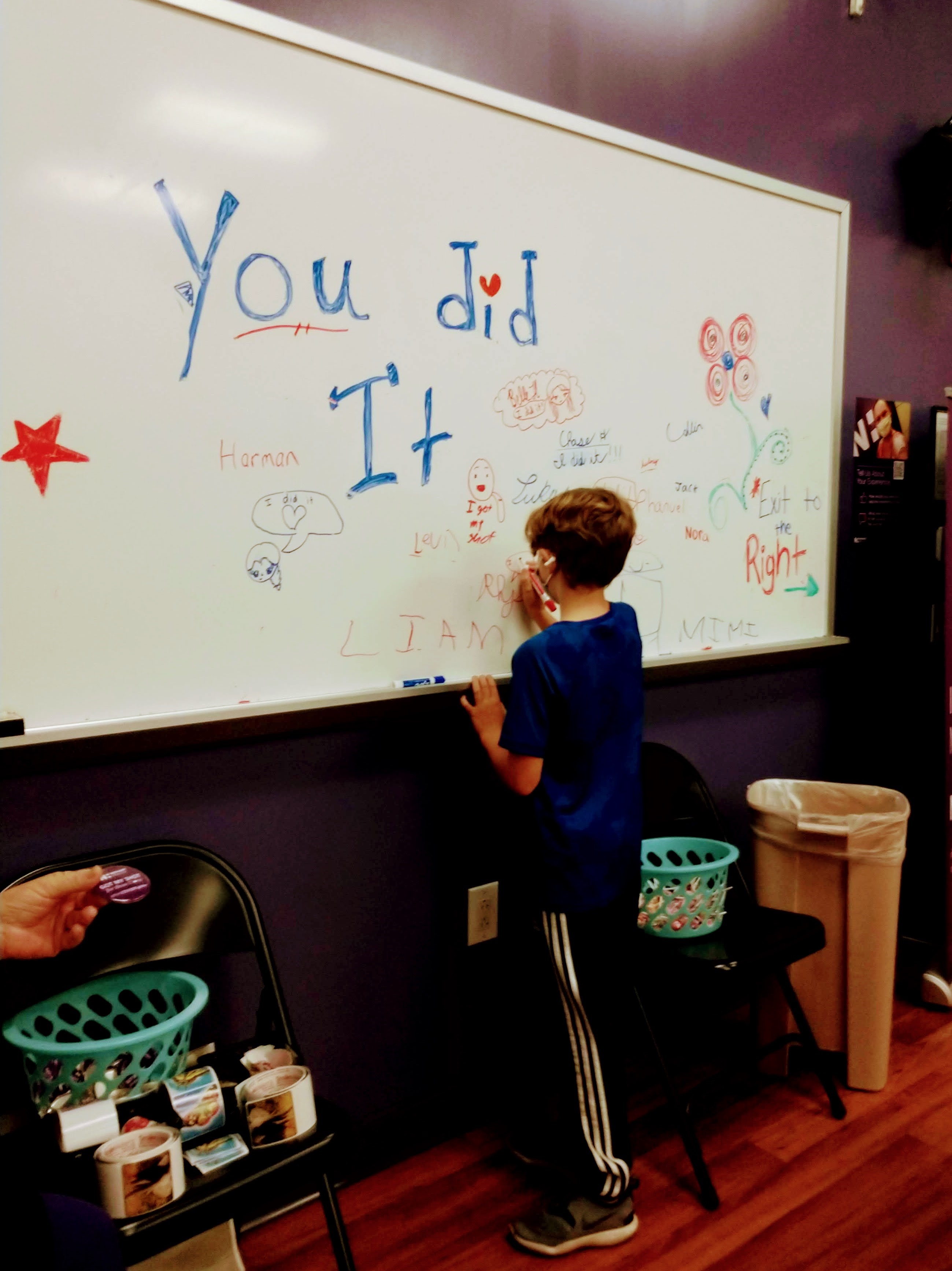 Kids take a "victory lap" after getting the first dose of the COVID-19 vaccine.

Those were a few of the reactions of vaccine recipients ages 5 through 11, who have had to wait longer than anyone else to finally get the shot and know they are on their way to being fully protected.

The Centers for Disease Control and Prevention (CDC) has approved and recommends the COVID vaccine for kids 5 and up. The best way to schedule a COVID-19 vaccine for your child is in MyChart.

Anyone, including non-Novant Health patients, can create a free account. Established patients can also make an appointment at their primary care clinic, if it’s available there.

There were no tears in the room on a mid-November day in Charlotte where kids waited the requisite 15 minutes, after getting their first dose of the Pfizer vaccine. Instead, they seemed eager to get on with life after nearly two years of limited activities and interactions.

Just-vaccinated Jack Henriques, a student at St. Gabriel’s, finally got to see his grandparents over Thanksgiving. One of them is immunocompromised, and they haven’t been able to see each other in person.

What would Jack to say to peers about the vaccine? “You should get it because it’s awesome,” he said from behind his mask.

Nora Manha, another St. Gabe’s fifth grader, can go on a family ski vacation now that she’s vaccinated. She said the shot didn’t hurt a bit.

And, Jackson Miller, who’s “6 and almost 7” and a student at Parker Academic Center, can finally go to Harry Potter World, the Universal Orlando.

Jackson Miller and his mom, Erica 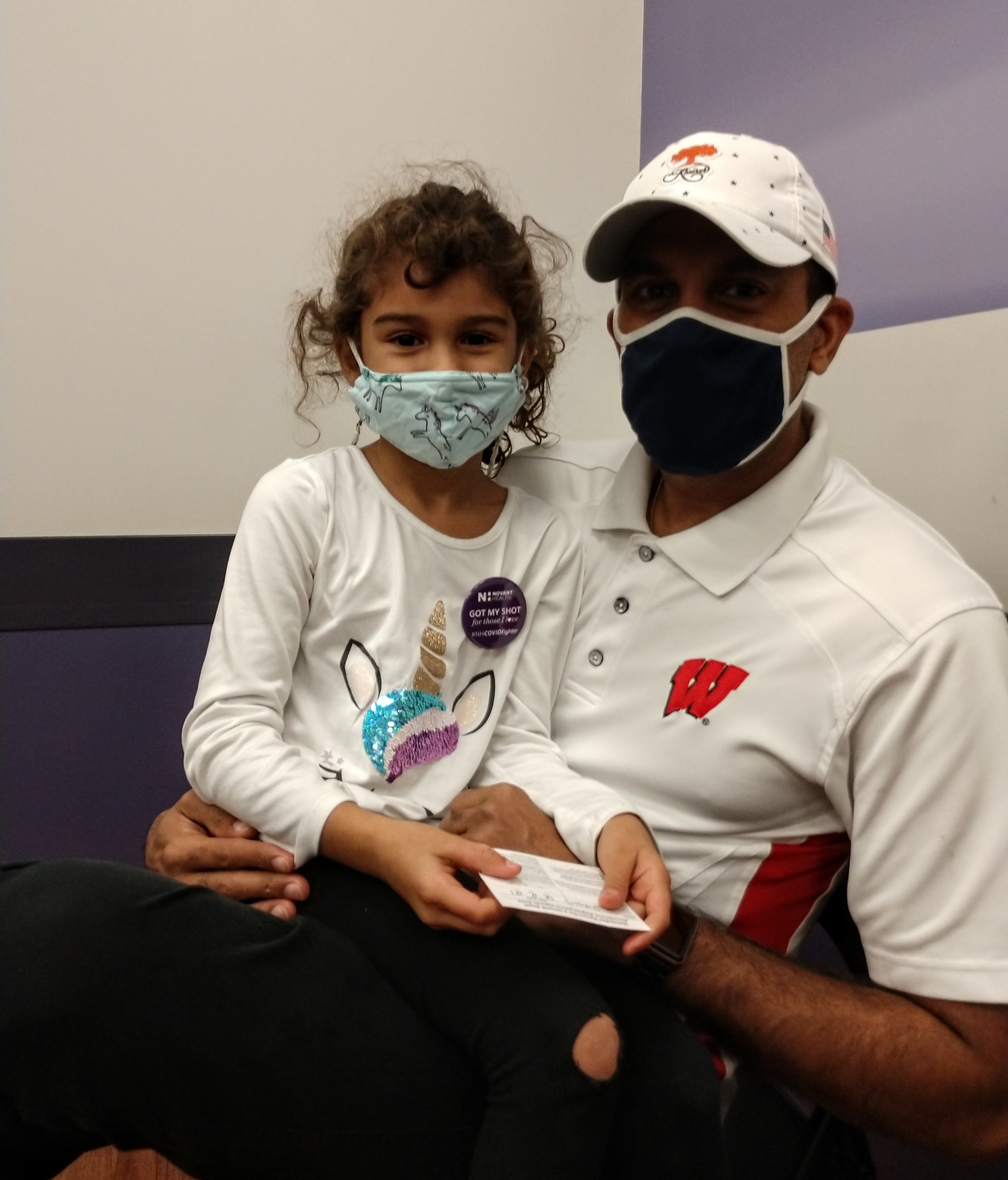 Leila Soni and her dad

Leila Soni, 5 (and a half!), said she was feeling “squirmy” (her dad agreed) and didn’t much feel like answering questions – but she did say the shot didn’t hurt.

The room was filled with people grateful to science. There were no political statements, no doubts, no fear. Just a sense of … ahhh, finally. The day we’ve waited for has arrived. And the shot was – well – no big deal.

“It hurt less than the flu shot” was Lily Cripe’s verdict. The Bain Elementary School third grader said most of her friends had already gotten the shot. 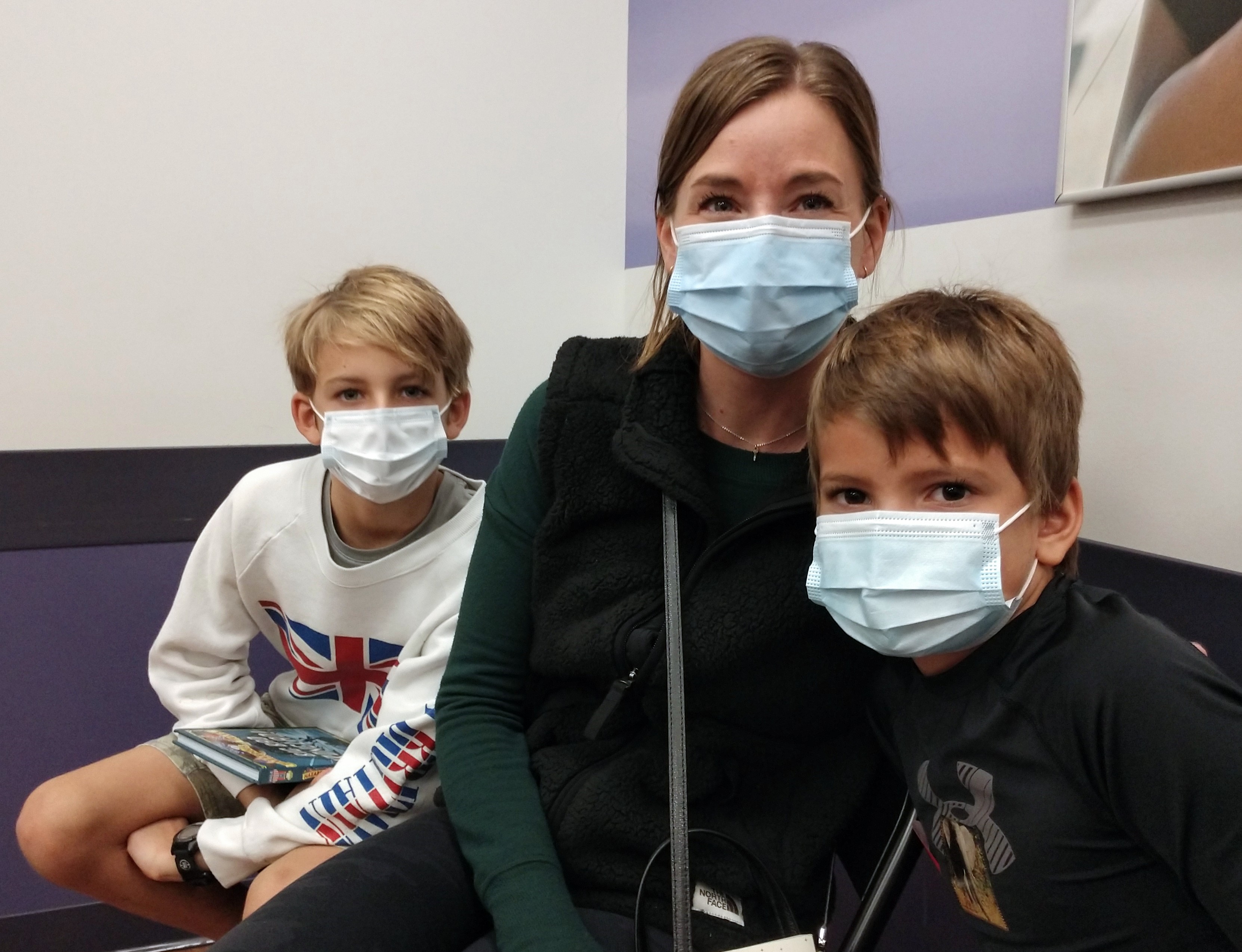 The Zygowiec brothers, students at McKee Elementary, were among the kids reading while they waited for 15 minutes to be up. Their mom, Nadine, said the boys are looking forward to seeing their Michigan grandparents – finally – now that they’ve been vaccinated.

Levi Zygowiec, a first grader, admitted to being a little scared but said the shot didn’t hurt. His older brother, Collin, a third grader, is already a critical thinker. Asked what he would say to others his age who were hesitant to get the shot, he asked, “Hesitant because they’re scared, or hesitant because they just don’t want to get the shot?”

“And to people who just don’t want it?”

“I’d tell them: You’re not the only person in the world.”

He made his point so succinctly. His message was: We’re all in this together. It takes all of us getting the vaccine to eradicate this plague.

Were the other kids aware of the controversy over the vaccine? Collin was the only one who mentioned it. These kids are just ready to return to normalcy – which could begin – almost – as soon as 15 minutes were up.

Now, they just have to wait another three weeks for the second dose.

The nurse and the COVID patient: A story of connection

When can kids under 5 get the COVID vaccine?