Hidden toxins in lakes pose threat to your health

A string of tragic pet deaths across the U.S. linked to toxic algae found in ponds and lakes can also be dangerous for humans.

Often found in standing water, blue-green algae is toxic if ingested. For animals, it's often lethal. But it isn’t safe for humans either.

“The buildup of blue-green algae contains specific types of toxins that, if ingested, can affect the liver,” said Dr. Ryan Jordanhazy, emergency room director at Novant Health Brunswick Medical Center in Bolivia, North Carolina. “Ultimately, if too much is ingested, it can cause liver failure if not properly treated.”

Symptoms include stomach cramps, vomiting, diarrhea, fever, headache, pains in muscles and joints, and weakness. Something as simple as direct skin contact, like swimming, can lead to rashes, skin and eye irritation, said Jordanhazy. Hot summer temperatures and pollution are a few contributors to algae growth.

Some people at higher risk

Jordanhazy said some groups should be extra cautious around standing water or coming into contact with dogs that may have waded in ponds and lakes. “People with compromised immune systems, like those who are sick, have a weaker immune system and might not be able to fight off the toxins as easily,” said Jordanhazy.

Parents should be cautious with children in lakes and ponds as well.

“Children are still developing their immune systems and they are smaller, so they’re more susceptible compared to adults,” Jordanhazy said. “The main thing is, with smaller children especially, they like to put their hands in their mouth. This would be the worst case after swimming.”

Something as simple as direct skin contact, like swimming, can lead to rashes, skin and eye irritation.

The best way to avoid even a chance of ingesting blue-green algae is to stay away from any water that looks a little murky. It’s also not possible to determine simply by observation whether or not the toxic algae is present.

The main thing after getting out of a lake or pond is to shower as soon as possible, Jordanhazy said.

“If you’re concerned because you’re not feeling the best after a visit to the lake or pond, the main thing is to visit the doctor and get checked out,” he said. 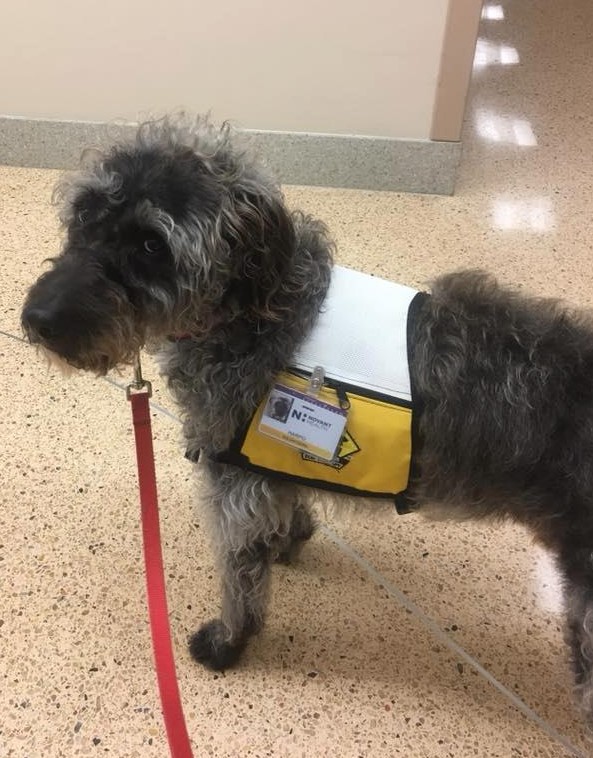 While it may cause some health concerns for humans, it’s important to note that ingesting blue-green algae is fatal to dogs. In some cases, it could be within a matter of minutes.

Denise Mintz, a team member at Brunswick Medical Center, lost all three of her dogs due to the toxic algae. Abby, Izzy and Harpo all died within four hours after the family’s visit to a local lake.

Harpo was a certified therapy dog at Brunswick Medical Center and happily volunteered alongside Melissa Martin, Mintz’s wife. Harpo provided hours of comfort and entertainment to the patients and team members.

“He just knew what others needed,” Martin said. “He was so intuitive and compassionate and he gave the best hugs!”

After every shift, Martin bought a tray of bacon from the cafeteria and gave that to him as a reward for working so hard.

Why earbuds can increase the chances of swimmer’s ear