Here’s how to navigate the hype around CBD oil

CBD is suddenly everywhere, along with hazy promises of health benefits.

It’s sold as an oil at your local gas station, featured as an active ingredient in beauty products and offered as an add-on to your 60-minute massage.

“It’s the wild, wild West out there when it comes to facts about what CBD can and cannot do for you,” said Novant Health integrative pharmacist Kim DeRhodes. “There’s some data that shows that it has anti-inflammatory effects. But the only Food and Drug Administration-approved use of CBD is for treating children with rare, severe forms of epilepsy.”

So what is CBD?

CBD is a compound found in the cannabis plant. Unlike marijuana, it doesn’t have the psychoactive component that makes people high.

CBD—short for cannabidiol—was actually discovered at the end of the 19th century, and scientists started doing research on it in the 1940s. With the legalization of recreational marijuana use in several states in the past few years, interest in CBD has also exploded.

It’s sold at smoke shops, beauty stores and even as snacks or as a bonus ingredient for food and drinks at some bars and restaurants. CBD is big business, and it’s growing bigger by the day. 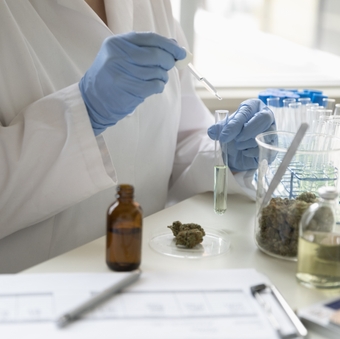 It’s been marketed as a salve for mood disorders, including anxiety, depression and bipolar disorder. Some CBD products market themselves as helpful for managing pain or other issues. Misinformation is rampant.

DeRhodes, who has worked as a pharmacist for 38 years, has seen many wellness trends, but never one as big as the CBD juggernaut.

Although CBD is not addictive, like any other supplement or medication, there’s a possibility it will interfere or interact poorly with medications. That’s why it’s important to tell your doctor that you’re using CBD, just as you would report taking any vitamins or other dietary supplements, said DeRhodes.

For the record: the FDA still considers CBD a drug. North Carolina is part of a growing list of states that forbid businesses, restaurants and bars from adding CBD to any foods or drinks sold for either human or pet use.

Plus, the federal agency issued warnings to several companies that have made unsubstantiated claims about the promise of CBD.

In 2018, the FDA approved the use of a CBD-concentrate medication to treat the seizures of patients with severe forms of childhood epilepsy, including Lennox-Gastaut syndrome and Dravet syndrome.

The drug, known as Epidiolex, helps keep seizures under control and has some providers like Dr. Shankar Perumal, a neurologist who specializes in treating epilepsy at Novant Health Neurology & Sleep-Midtown, believe in its medicinal value.

“It was promising to see that CBD treats these conditions that involve so many seizures that are difficult to control,” Perumal said. “Right now, there’s just not that much reliable data that CBD addresses other medical concerns.” 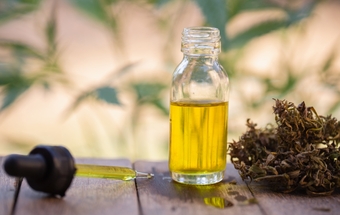 Both DeRhodes and Perumal agree: The popularity of CBD overshadows its actual effectiveness.

“We need more healthy skepticism” in the public, DeRhodes said.

DeRhodes recommends that you check out sites like ConsumerLab that have published reviews of several CBD oil brands. One study showed that only 26 of 84 samples of CBD oils, tinctures and liquids bought online had the amount of CBD printed on their labels. While the site offers some information for free, users must subscribe for about $42 a year for complete reviews and other detailed information.

“There’s so much research that still needs to be done on the use of CBD and the conditions it can possibly help treat,” Perumal said. “But for now, you should be skeptical of any gas-station-bought CBD oil—it could be a placebo.”

Need medical advice on whether CBD oil could be right for you? Visit NovantHealth.org/Doctor to find a Novant Health provider in seconds.

This story was originally published in Charlotte Five.

Ask a doctor: Can drinking wine warm my body in the cold?