'I have my child back'
By Gina DiPietro

Huntersville mom Andrea Leon had a nagging suspicion that her wonderful son, Patrick, was struggling. It started around age 4, but she wasn’t quite sure what was going on.

But the older he got, the more she was convinced that he needed help. “He wouldn't go out of the house. He wouldn't play,” she said. “He wouldn't do anything. I finally just cried and said something’s not right.”

Mental, developmental and behavioral problems often begin in early childhood – affecting 1 in 6 U.S. children between 2 and 8 years old, according to the Centers for Disease Control and Prevention.

‘Fight for your child’

Things proved tough for the Leon family as they worked up to a diagnosis over several years. Patrick struggled in school and experienced issues with anxiety, balance and coordination, sensory processing, and sleep. Leon expressed concern to teachers and school psychologists multiple times, but she said it fell on deaf ears. That finally changed in late 2018 when she found Dr. Angelica Robles, who diagnosed then 9-year-old Patrick with mild autism.

“My big thing is to fight for your child. Even if doors get closed and they say ‘no’, find somebody that will listen to you,” Leon said. “For us, that person is Dr. Robles. She has been like an angel. She has helped Patrick so much, because she listens to him and does what she thinks is best for him.”

Patrick’s diagnosis allowed him to get additional support in school through something that’s known as an Individualized Educational Plan. It also helped school staff and teachers understand him better, which led to fewer behavioral issues and less anxiety. Robles also prescribed medication to improve Patrick’s mood.

“He actually smiles now,” Robles said. “He is now more willing to try new things, go outside and play, make friends and initiate interactions more easily. His sleep improved and he is even trying more foods, which is a big plus for how severe his aversion has been.” 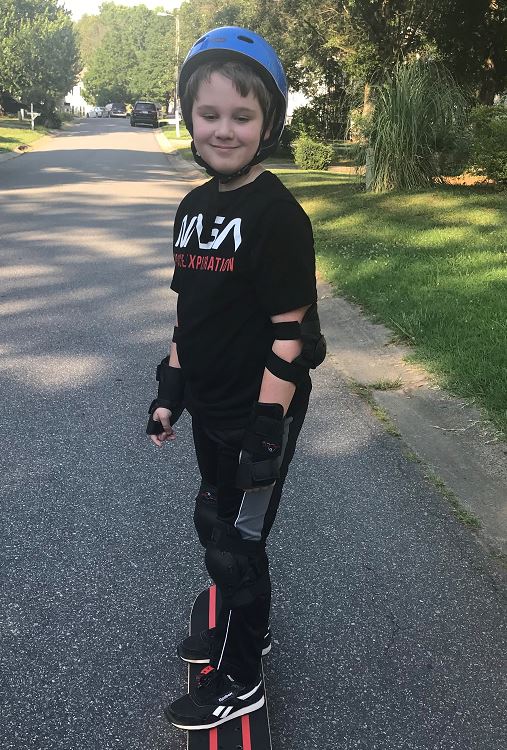 ‘It’s all about understanding’

Robles is one of five developmental behavioral pediatricians at Novant Health Developmental & Behavioral Pediatrics – Eastover in Charlotte, caring for patients who have autism, attention deficit hyperactivity disorder, and other conditions affecting behavior and development. This specialized care is crucial for children who need it but can be difficult to find.

“There just aren’t that many developmental pediatricians, so the fact that Novant Health has five providers doing that is really special,” Robles said. “Our waitlist, about three or four months, is also shorter than other areas of the country. We’ve had several families from Winston-Salem come to our Charlotte office and even a few from the Triangle region due to a very long wait time – at times up to a year.”

One in 54 children is identified with autism spectrum disorder (ASD), according to the CDC, which also states it’s about four times more common among boys than girls. Signs your child may have ASD, a developmental disability caused by differences in the brain, include but are not limited to:

Call on a specialist for help with your child’s development

While most children are diagnosed with autism by age four, Robles said milder cases can “fall through the cracks.” No matter the age, arriving at a diagnosis provides crucial context for a child’s behavior.

“It’s all about understanding. I think that’s what the diagnosis helps with most,” Robles said. “Sometimes children are viewed as defiant because we lack that understanding. They may come off as a child who won’t listen or is acting out, while it’s actually a behavior the child is unable to control.”

She added that sharing the diagnosis with other adults who interact with the child, such as teachers, is crucial and in Patrick’s case – allowed him not only to do better in school but enjoy the experience more. 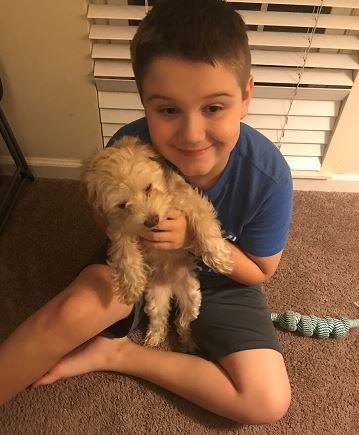 Patrick Leon smiles with a puppy.

Patrick’s road to a happier life hit a roadblock at 11 when the COVID-19 pandemic forced Charlotte-Mecklenburg Schools to move to virtual learning – something Andrea said made him “very, very depressed.” His anxiety also worsened.

Robles noted similar reactions in other young patients who struggled to cope with the pandemic. Any change to a child’s routine – like not going to school in person – can heighten anxiety or other problems, she said. For Patrick, that manifested itself in not wanting to eat or sleep.

As a result, Robles diagnosed him with depression and said medication helped his mood and confidence tremendously.

"I am just so blessed. I thank God every day for Dr. Robles because we have our child back."

Since then, Patrick changed schools. It was tough at first, Andrea said, because he doesn't do well with change but it's proven to be an enormous blessing. He is in sixth grade and participates in wrestling club.

"The principal and teachers are amazing!" she said. "Patrick just loves it so much. He feels like he belongs there."

When it comes to a child who is struggling – Robles encouraged parents to trust their gut, seek help if it is needed, and not to feel bad about getting a second opinion. Learn more here.

‘Say This, Not That’ to a struggling adolescent

Her gift to sick kids, one snip at a time.

Less Google, more quality time: Parenting in the age of the internet

Russia and Ukraine: Talking to kids about war