3 Marine generals had pain — their doctors had answers

‘I feel like I got my life back again.’
By Cliff Mehrtens

They spent decades of military service parachuting out of airplanes, piloting jet fighters and diving on underwater missions. But eventually, the physical rigors of serving their country caught up to distinguished U.S. Marine Corps generals James Amos, Peter Pace and Mel Spiese. Each struggled with pain.

By sheer coincidence, each general also had moved to the Charlotte, North Carolina area in recent years after retiring from the military. All three turned to Novant Health to solve their physical problems and return to an active lifestyle.

Novant Health leaders were humbled by the generals’ decisions.

“These men are the cream of the crop,” one excutive said. “They could have gone anywhere in the world for treatment. Choosing Novant Health tells us how much they trust our health care system."

Military: U.S. Marine Corps general (four stars) who served as the 16th Chairman of the Joint Chiefs of Staff (2005-07). That position is the highest-ranking military officer among the entire U.S. armed forces. Pace’s duties included being the principal military adviser to President George W. Bush.

After a lifetime of service to his country, the physical strain Pace’s body had to endure began to affect his everyday life considerably. His back pain reached a critical point last summer when Pace said he could only stand comfortably for about five minutes at a time. Walking was difficult. Jolts of pain shot down his legs.

The discomfort wasn’t from one incident. It was cumulative. "Forty years of abusing the body, I suppose," Pace said, laughing. 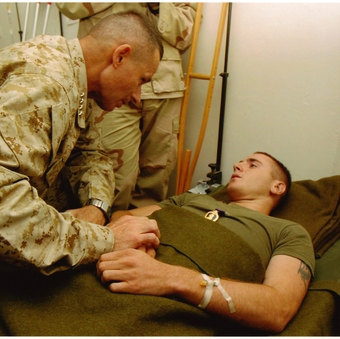 A bone in Pace's lower back (his L5-S1 lumbosacral joint) had slipped forward and was pushing against his nerves, which was causing the pain.

Novant Health's team of surgeons Dr. Adam Back and Dr. Rebecca Kelso combined on minimally-invasive surgery called anterior lumbar interbody fusion. Surgeons went through Pace’s abdomen instead of his back, resulting in smaller incisions and less muscle disruption. Pace’s faulty disk was removed and replaced with a spacer (about the size of a hockey puck). Pace quickly become pain-free.

After an hour in recovery, Pace was walking. He only needed pain medication for two nights. Because surgeons disturbed fewer muscles in his body, Pace recovered faster. Back's instructions for Pace: Take it easy for about six weeks, then no restrictions.

"I feel really good," said Pace, an active kayaker, bike rider and walker. "Life's great. All three of the doctors were extremely thorough and proactive."

An accidental meeting at Costco led to Spiese's healing.

Spiese was battling persistent shoulder pain when his wife, Filomena, bumped into fellow general Amos during a trip to Costco last summer. Amos, himself setting up a consultation for back surgery, recommended Novant Health. 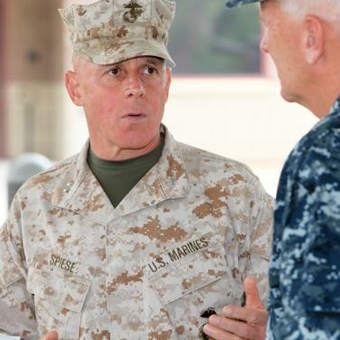 Spiese soon connected with Dr. Jerry Barron and Dr. C.J. Atkinson (who spent 12 years in the U.S. Army). In August, Spiese had surgery on his left shoulder to repair the rotator cuff, a muscle tear, arthritis and bursitis. His years of military service had taken a toll.

"I was in a lot of pain and it was limiting my activities," Spiese said.

The shoulder surgery by Barron was successful. Spiese, who’s been physically active his entire life despite a congenital hip disease, quickly began recovery. He also raved about Atkinson, his primary care manager.

"He (Atkinson) grasps all the complications of wear and tear," Spiese said. "I'm progressing very well. The physical therapy regimen is spectacular, I can't use any other word. I've got good range of motion and I'm regaining strength. This is the most comfortable I've been since I retired (2013)."

Amos struggled with back pain after surgery to repair a bulging disk in 2012.

Last year, while repairing the dock at his lakefront home, Amos’ back gave out and searing pain overwhelmed him. He had trouble walking. Yardwork or other projects became very difficult, if not impossible. 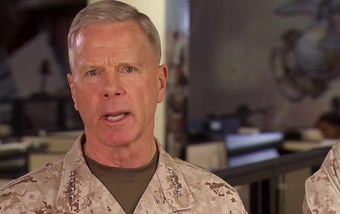 Desperate for relief, Amos, turned to a team that included Back and orthopedic surgeon Dr. Anthony Kwon. They used minimally invasive surgery to straighten a curve (scoliosis) in Amos' spine and replace the deteriorated disks that were causing his pain.

The new approach relied on smaller incisions, minimizing damage to nearby muscle so there are fewer side effects and less pain. That meant a shorter hospital stay and a speedier recovery for Amos, who is a member of the Novant Health board of trustees.

Amos’ surgery was finished in about three hours, and he was up and walking by suppertime. Three days later, he was home.

“His leg pain was gone almost immediately after surgery,” Back

Amos resumed much of the active life he loves, working out daily on the treadmill, elliptical and bike in his home gym, playing golf, tending his yard and casting for fish on Lake Wylie.

"The degree of difficulty and the danger with this surgery compared to the first was tenfold, but the recovery has been a walk in the park,” Amos said. “I have had zero pain associated with this surgery other than the normal discomfort of incisions healing.”

When it comes to back pain, a Novant Health team also will assess your health to understand all circumstances that might contribute to your discomfort. Taking the time to learn more about you allows our experts to choose the best treatment options for you.

How back surgery helped a retired general get his life back