3 doctors recruit a fourth to town – their dad

Dr. Gus Parker spent more than 30 years building his ob-gyn practice and a reputation as a health care leader and innovator in Columbus, Ohio.

So what prompted the 60-something physician to pull up roots from his hometown and move 500 miles southeast to work for Novant Health in Charlotte?

‘There’s only one thing that would get me out of Columbus,” he said. “That would be family.”

Parker and his wife, Cheryl, have three children, all physicians who settled in Charlotte in recent years.

Jason, 35, graduated from Howard University medical school and followed his brother to Charlotte, where he is a hospitalist at Novant Health Presbyterian Medical Center. 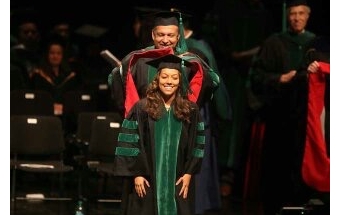 Dr. Krista Parker, being hooded by her father, Dr. Gus Parker, at medical school graduation at The Ohio State University, where he was a clinical professor.

Their sister, Krista, 30, graduated from The Ohio State University medical school in 2014 and works as an emergency physician for Atrium Health.

Once in Charlotte, the children set about persuading their parents to move south too. The younger Gus called Dr. Phil Solomon, a physician recruiter for Novant Health, to ask about openings that might be right for his father.

Solomon found just the right spot for the elder Parker.

He helped open Novant Health OB/GYN Urgent Care center, believed to be the first of its kind in the Southeast. As its medical director, he oversees nurse practitioners and physician assistants who staff the center from 5 to 9 p.m. on weekdays and 9 a.m. to 9 p.m. on weekends. The center is located off Carmel Road near N.C. 51.

Parker is also part of a pool of gynecologists who cover for other doctors out with illness or on vacation, and he has worked on community initiatives to improve the health of African Americans. He’s also a physician facilitator teaching employees about Novant Health’s core value of diversity and inclusion.

In Ohio, he worked to reduce infant mortality and disparities in health care for people of color. A former president of the Columbus Board of Health, he also created mobile health units to provide access to services by students in Columbus City Schools.

In addition to caring for patients and teaching medical residents, Parker pioneered obstetrical surgical techniques, such as endometrial ablation and da Vinci robotic laparoscopic hysterectomy. He also invented the ObstiHook Amnion Perforator, a patented device designed to perforate the amniotic sac – the bag of waters surrounding a baby in the womb –  while protecting mother and child.

A legacy of service

In Ohio, Gus Parker and his wife, Cheryl, a longtime elementary school teacher, grew up in families that are well-known and celebrated. 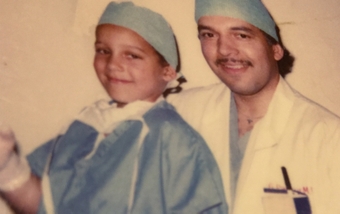 Jack Gibbs graduated from Ohio State, where he played on a national championship football team coached by the legendary Woody Hayes.

More recently, Cheryl’s nephew, also named Jack Gibbs, graduated from Davidson College, where he played basketball for the Wildcats from 2013 to 2016.

Gus’ grandfather, the first Augustus Garland Parker, was one of the first blacks to graduate from Ohio State law school and was appointed by former Gov. James Rhodes as chief justice of Cleveland Municipal Courts. He was also the 12th Grand Polemarch (national president) of Kappa Alpha Psi fraternity during World War II.

The league included doctors, lawyers and other professionals, “a nice mix of people who had vision, who were passionate about education and making a little change,” said Terry Anderson, a longtime Parker family friend in Columbus. 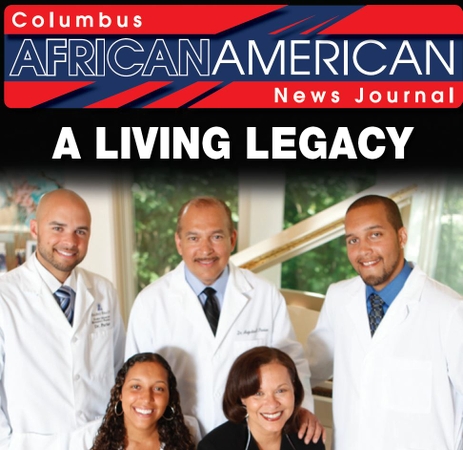 Gus Parker III followed his family’s standard of achievement. He graduated from Kent State University and the University of Cincinnati medical school. After completing residency, he took over the ob-gyn practice of Dr. Ernest Newkirk, who delivered Parker as a baby.

During his career, Parker has received many honors, including Physician of the Year from his former employer, Mount Carmel Health System, in 2008, and the 2014 Living Legend Award from Whitehall Education Foundation, which supports Whitehall City Schools where Parker was a student.

Anderson said Parker goes beyond his professional duties to help others in his community. He often takes high school students on college visits or college students to medical schools, helping them with life choices.

“He’s really passionate about making sure that others have the same opportunities that he had,” said Anderson, a media relations consultant for the Columbus City Schools.

“He’s a very humble guy. But when you look back and see what he’s done, it’s pretty remarkable,” Anderson said. “It’s really a good energy that he has. It’s pretty contagious.”

Since the Parkers moved to Charlotte, the pull of family has only increased.

In 2016, the younger Gus married his college sweetheart, LaToya Brown. He had already persuaded his brother Jason to join him in the Novant Health system. With the rest of the family in town for the wedding, Gus took his sister, Krista, on a tour of hospitals, introducing her to other doctors. Little did she know she was actually being interviewed.

She was “offered a job before she even got home,” the elder Parker said.

After that, all three children nagged their parents to join them. “They said, ‘Don’t come down here when you’re old and decrepit and we have to take care of you. Come down when you can play,’ ” the elder Parker said.

In March 2018, the younger Gus Parker and his wife became parents of a daughter, Naveia.

Jason Parker plans to be married in June to Eloisa Jimenez, a business analyst for Bank of America.

“It’s the first time in 20 years we’ve all been in the same city,” said the elder Parker, “and it’s still hard to get our schedules together.”

A passion for pediatrics and puppies

'Look at what she does every day'